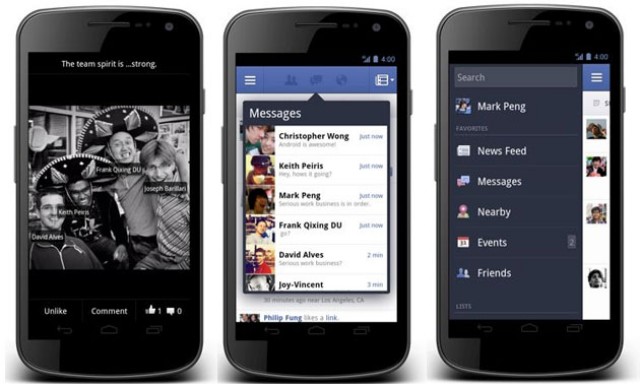 Facebook filed its Q1 2012 earnings today in preparation for its IPO later this year, and in addition to earning over $1 billion in revenue and a minor profit of over $200 million, there are some interesting statistics regarding mobile usage.

As of March 31st, there are 901 million active monthly users in total, 488 million of whom regularly access Facebook using a mobile device. This is nearly 50% of all Facebook users, and is up considerably from December 2011 when there were just over 800 million monthly visitors and 432 million mobile users.

Though mobile growth is said to be slowing, it will reach a point when a great number of Facebook users never access the service on a desktop, preferring instead to hit up the mobile apps on platforms such as iOS, Android, BlackBerry, Windows Phone and on the mobile web. With the purchase of Instagram (which cost $300 million in cash and 23 million shares), and the upcoming addition of ads into the mobile timeline, mobile Facebook is poised to earn the company a lot of money, which will suit it just fine when it goes public later this year.

Source: SEC
Via: The Verge