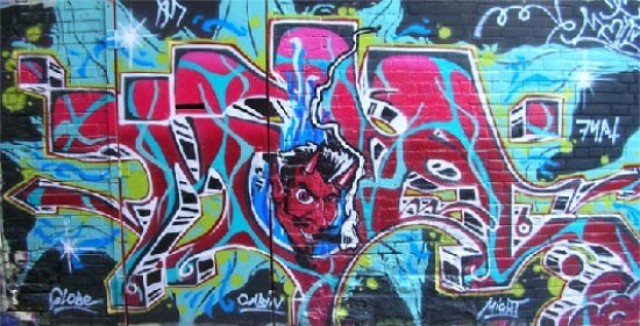 Rob Ford, Toronto’s Mayor, is loved and hated. Today he declared that “The war on graffiti has just begun” and is determined “to make this city spotless.”

Graffiti has become an issue and city officials, as part of the Clean Toronto Together program, made a commitment to remove reported vandalism within a 72-hour period. I’m not sure how much this costs tax payers every year, but it has to be in the millions. Ford has gone mobile with the initiative and approved two apps for Torontonians (or visitors) to use and report graffiti from their smartphone.

The apps are supported by the 311 service, but not created by the City of Toronto. The first is called “SeeClickFix Plus” and is free, compatible with Android, BlackBerry and iOS. The other, TDot311 is available on the iPhone, iPod and iPad and costs $1.99 (should be free), but $0.30 from every app sold will be donated to the Toronto Public Library Foundation.

All you have to do is take a pic of the graffiti, type in the location with a description and hit submit. City workers will then work their best to rid the city of the artwork.

Source: SeeClickFix Plus & TDot311
Via: City