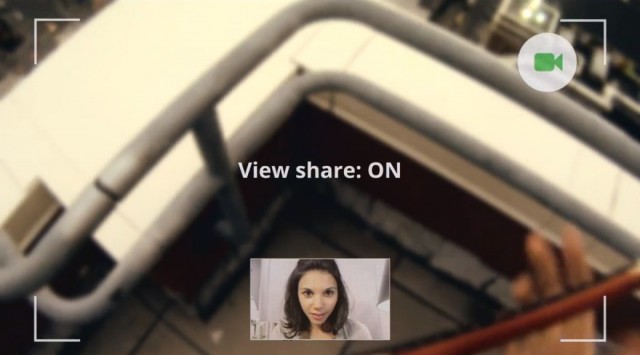 Google’s newest venture is no April Fool’s gag, but a look at the future of augmented reality computing. ‘Project Glass’ deigns to ask us to think beyond the glass slate (which itself was unthinkable in its current form only twenty years ago) to the eye, where we experience a great deal of our daily interaction.

The idea is to the user wears a small single glass lens over an eye, affixed with a transparent screen and a camera, presumably connected via Bluetooth (or some futuristic version of the same) to a phone (or an implant) near the wearer. It’s an idea that has been floating around for decades, but Google’s teaser video on Google+ has confirmed its existence, or at least an intention. There is no working prototype to speak of, other than examples of what the eyewear could look like, but the idea has been planted, and that’s good enough.

While the notion of walking around talking to oneself is a bit unrealistic — I don’t see many users activating Siri on the street — but there are likely other possible interaction methods besides voice such as gesture or even retina tracking.

Check out the video after the break, and answer the ultimate question: would you use this?