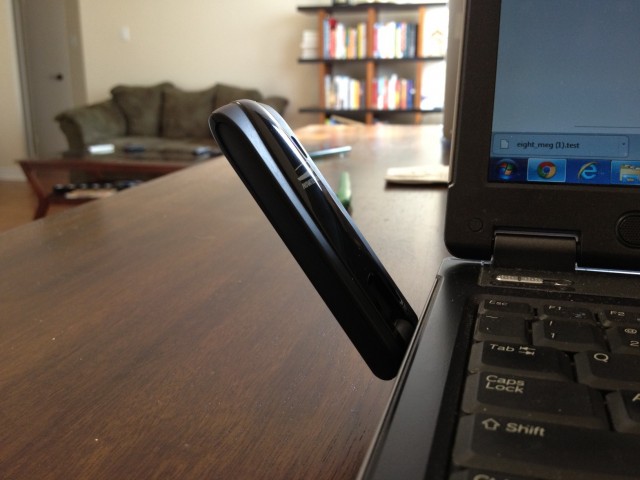 The Novatel Ovation MC679 has been getting a lot of traction in the Canadian market. It was first released by Bell when they rolled out their LTE network late last year, and now with the debut of TELUS’ own high-speed 4G LTE network the company has released it too.

The Ovation MC679 is EDGE/DC-HSPA+/LTE compatible, which means it will work wherever TELUS supplies a 3G signal. At launch TELUS’ LTE network is available in Vancouver, Calgary, Edmonton, Toronto and the Greater Toronto Area, Kitchener, Waterloo, Hamilton, Guelph, Belleville, Ottawa, Montreal, Québec City, Halifax and Yellowknife, with a view to cover 25 million Canadians by the end of 2012.

Theoretically the Ovation can achieve speeds up to 100Mbps, but TELUS’ network is limited to “up to 75 Mbps” with “expected average speeds of 12 to 25 Mbps”. In major cities such as Toronto, Vancouver and Montreal, when there is no LTE signal available the Internet Key will fall back to 42Mbps Dual-Channel HSPA+.

To install the Ovation, just plug in into a fresh USB port on your PC and let the software install. I found the auto-installer much more reliable on the PC than on my MacBook Air (read: the Mac wouldn’t even acknowledge the darn thing). I suspect this is because I already have Bell’s Mobile Internet Stick software installed, which is essentially a rebranded version of the same application. I was able to get the Bell software to recognize and even activate the Ovation by changing the APN to isp.telus.com.

Moving on, once the drivers have been installed it’s just a matter of pressing ‘Connect’ and going to town. The software will inform you of which network you are connected to, though it doesn’t seem like you can forcibly connect to HSPA+ if you’re in a LTE-capable zone (and why would you? This is a laptop, not a smartphone we’re talking about. Battery considerations are less important here). 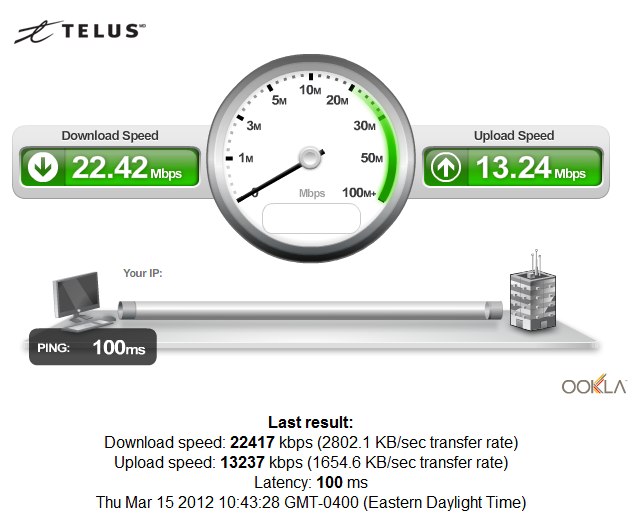 I immediately connected to TELUS’ own speed test website, which uses OOKLA’s Speedtest.net backend to find the closest server with the lowest latency, and results were about what I expected (pictured above). 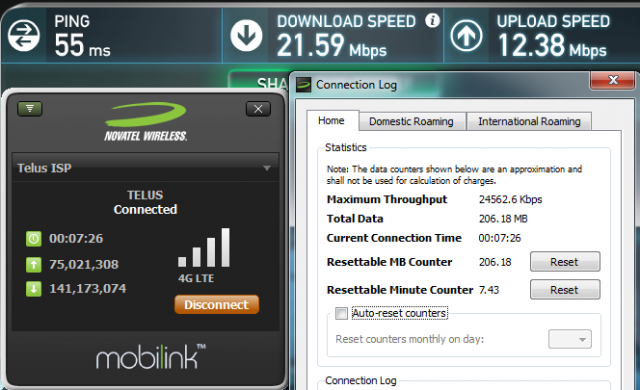 I did test after test and came to the conclusion that TELUS’ LTE network is maxing out (at least in Toronto) at around 25Mbps, a very good problem to have. Uplink speeds were consistently above 10Mbps, maxing out at 15Mbps. Considering this particular Internet Key is capable of using the same 1700/2100Mhz channels as Rogers and Bell, it’s hard to differentiate between them at this point. 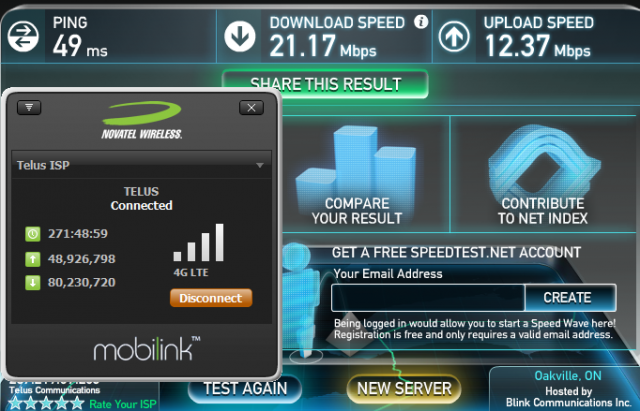 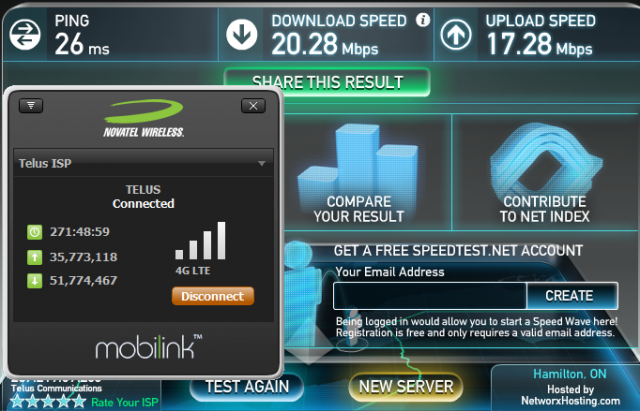