exfm 2.0 for iOS and Android is a great way to discover new music 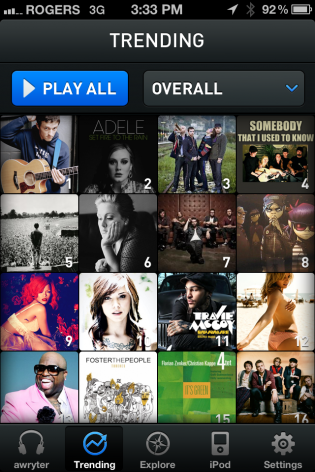 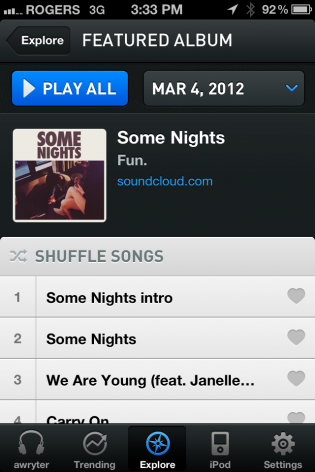 Once a Chrome extension called Extension.fm, exfm has rebranded and relaunched its mobile apps for iOS and Android to great success. The service scans various music blogs around the internet for the best new music in multiple genres, and puts it up for listen in an easy-to-use interface.

You can save songs and albums you love to your Favourites menu, or see what’s trending in your network or around the web as a whole. You can follow other exfm users, or explore a curated list of albums, songs and mixtapes, created by the app’s staff. You can also listen to your phone’s music library without leaving the app, and Scrobble songs to Last.fm automatically.

Lastly, like Hype Machine, you can search for individual artists to find songs both new and old, and save them to a playlist for further listening. This is simply one of the best tools to discover new music on a mobile device, and receives a hearty recommendation from us.

The Android and iOS versions are practically identical but for the location of their menu bars (Android on top, iOS on bottom), and thankfully exfm had the foresight to integrate the new ICS lockscreen music player functionality into the app.

Check out exfm for Android and iOS.

Source: Exfm
Via: The Verge