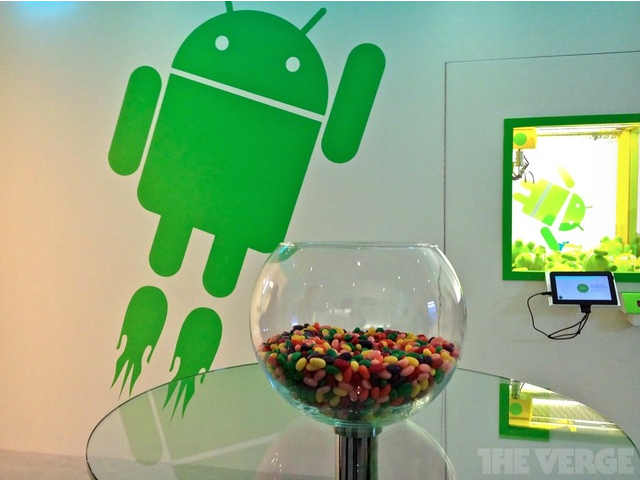 Not much is known about the next major Android OS upgrade to version 5.0. This is rumoured to be called Jellybean, following the tradition of past lettering: Cupcake (1.5), Donut (2.0), Eclair (2.1), Froyo (2.2), Gingerbread (2.3), Honeycomb (3.0) and Ice Cream Sandwich (4.0). Various far fetched rumours have surfaced over the past few weeks stating that an upgrade could come as early as Q2 2012 (which I personally can’t see happening), and that it’ll work on both smartphone and tablets.

Of course Google won’t say anything about a release date or what features will be included, however there’s been a few interesting tidbits coming out of Mobile World Congress. First, Google has placed a bowl of jelly beans in their booth, possibly a slight hint to what’s coming, or possibly not. Next, ComputerWorld had an interview with Hiroshi Lockheimer, Google VP of engineering for mobile, and he acknowledges they do “one major release a year”, which would suggest Android 5.0 should be out before November.

“After Android 4 comes 5, and we haven’t announced the timing yet, which we’re still sorting out. There’s a lot of engineering work behind it still, and there’s also just the question of how to time it. In general, the Android release cadence is one major release a year with some maintenance releases that are substantial still. Having said that, we’re flexible. The [timing of releases] is not what drives us, but what does is innovation and offering users a great experience.”

Android OS 5.0 will most likely be released when the next Google Nexus device is launched. Over the weekend it revealed that LG is “heavily in discussions” with Google, but nothing confirmed yet.