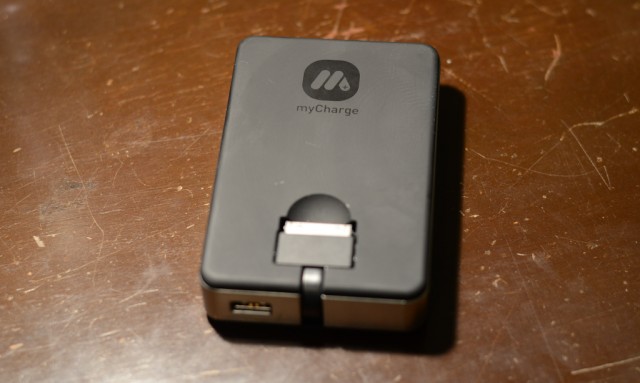 We love to stay connected, but that often comes at the expense of having to recharge our myriad devices, and often. myCharge, from the folks at PowerBag, have entered the portable battery cell market in a big way, and since using the Power Bank 6000 I can’t live without it.

The idea is simple: a 6000mAh lithium polymer battery provides up to four simultaneous charging outlets (iDevice, microUSB, miniUSB and USB), three of which are built into the system. At about an inch and a half thick and over 500g, the cell is not a light addition to your bag, but the sheer convenience of having three and a half full iPhone 4S charges is, frankly, delightful. 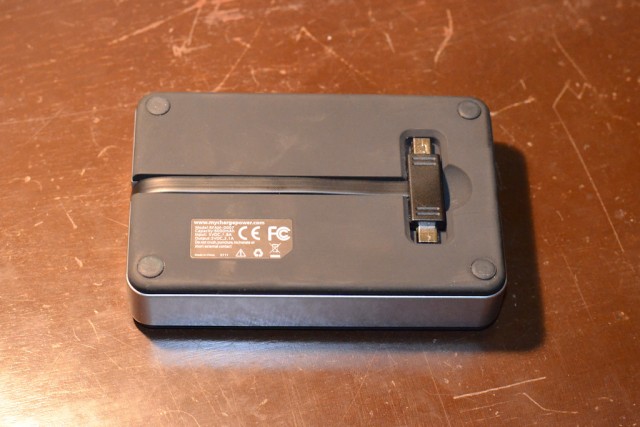 For the most part, the PB6000 is self-sustaining: power cords are built in for the iPhone and most modern smartphones, though it would be nice to have included a miniUSB to microUSB adapter for those who don’t have need for the mini anymore. The cell itself charges from a microUSB input, so any phone charger that can supply 1.8A at 5V will do the trick. Output-wise, the PB6000 can do 2.1A at 5V, which is more than enough current for multiple devices. If the circuit is overloaded, the entire operation stops and myCharge has devised a way of communicating from which source is the culprit: there are six white LEDs on the front of the device, and the manual defines which ones are lit depending on which output is too high. 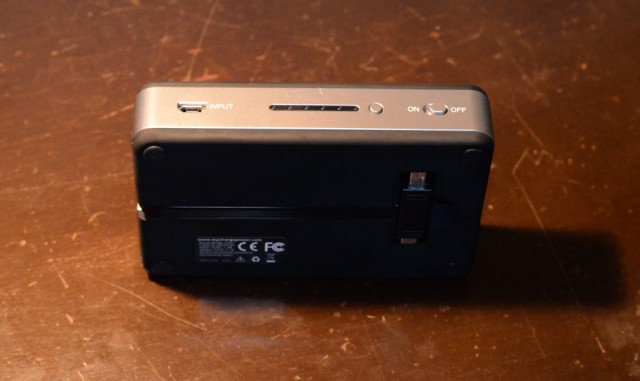 The Power Bank 6000 is one of those gadgets you don’t realize you need until you have one, and then wonder how you ever lived without it. It charges relatively quickly, can reload an entire iPad with room to spare, and provides a fourth outlet for general USB charging (though you must provide your own full-sized USB cable).

It’s main competition is the ZAGGSparq 2.0 which provides the same 6000mAh lithium polymer cell without the built-in charging cables but with a built-in wall charger. It’s also slightly more attractive, but at $99.99 only has two charging ports. I’d recommend the myCharge because of the built-in cabling system and its four charging ports. 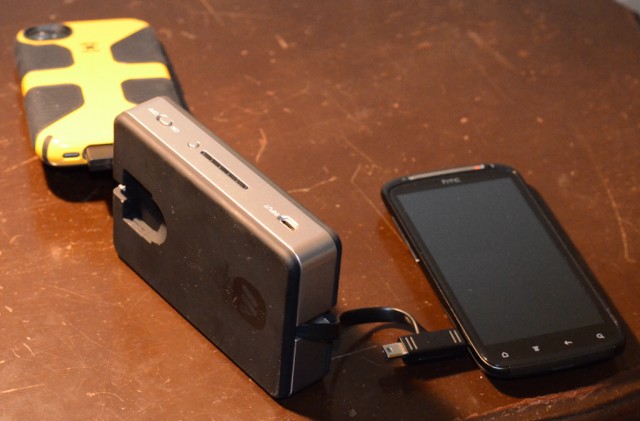 myCharge Portable Power Bank 6000 sells for $99.99 and can be ordered directly from their website. It also comes in a smaller 3000mAh version for $79.99 and various iPhone-specific chargers.

Powerbag carries mobile charging on its back