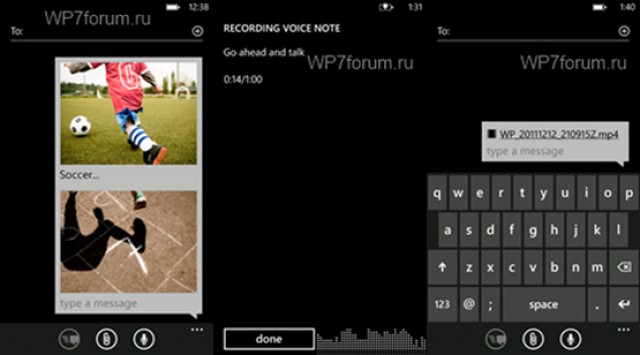 Just as we learned Nokia may launch a low-end Lumia device at Mobile World Congress, we’re not getting confirmation that Tango will indeed accomodate devices with lower RAM counts, fewer pixels and such. But it will also bring some much-needed features to the catch-up operating system, such as multiple MMS attachments and a built-in voice note recorder.

According to WP7forum.ru, Tango will bring minimum requirements for devices down to 256MB RAM and a 3MP camera sensor, down from 512MB and 5MP respectively. This will probably introduce a modicum of fragmentation to the outfit, as the Marketplace will inform you of whether an app will run on a device, based on its hardware.

Tango will also bring SIM contact imports, and customizations for domestic and international roaming. That means that WIND and Mobilicity customers will not have to choose between no roaming at all, and roaming inside a home country on Rogers’ network. This is going to be very helpful for devices like the HTC Radar which are coming soon to WIND.