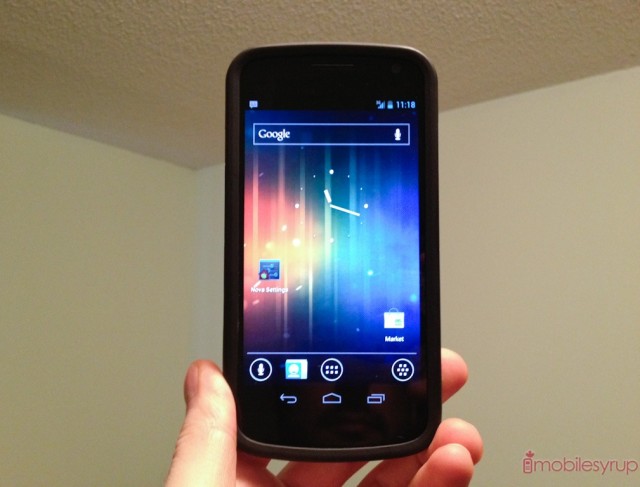 There are a few truths in the wireless world. First, manufacturers will continually release new handsets with better specs. Second, manufacturers will continually sue each other over patent infringement. A couple months bag an infographic was made that visualized the scope of who is suing who for what. Today, Foss Patents, has revealed that Apple has once again hit Samsung by claiming they infringed on 4 patents to what they call “high-power patents”, or “the Four Horsemen of the Apocalypse”. This time the device is not the Samsung Galaxy SII, but the “pure Android” Galaxy Nexus that rocks OS 4.0 Ice Cream Sandwich.

The specific patents that Apple believes are being infringed on are the following:

1. (U.S. Patent No. 5,946,647) “system and method for performing an action on a structure in computer-generated data” – ITC recently ordered an import ban against HTC and Foss says it “should be a slam dunk” for Apple.

2. (U.S. Patent No. 8,086,604) on a “universal interface for retrieval of information in a computer system”, a patent related to Siri and unified search

Apple filed a preliminary injunction against the Galaxy Nexus with the United States District Court for the Northern District of California. While I’m sure the ultimate goal that Apple wants is to cease Galaxy Nexus sales, Foss states that these “lead” Android devices that carry the Nexus name come with stock Android OS supplied by Google and don’t include vendor-specific enhancements on top, such as Samsung’s TouchWiz:

“When companies like Apple assert patents against Android devices, some of the infringement contentions relate to features that reside at the level of extensions developed by OEMs. Google has sometimes refrained from implementing certain features in “stock Android” just to steer clear of infringement, knowing that some of those functionalities would be implemented by OEMs anyway.

In this case, stock Android itself is at issue. This means that Google cannot deny its undivided responsibility for any infringement findings. A preliminary injunction would not prohibit the sale of a Galaxy Nexus just because it’s called Galaxy Nexus or looks like one: it’s all about which patents it infringes on. Theoretically, Google could remove the functionality protected by any of these patents in order to keep the product on sale, but if it changes the program code of a lead device, this would make it particularly clear to everyone else in the market that there’s an infringement issue.”

Just another day in patent cases. Foss believes that the Samsung Galaxy Nexus was specifically targeted “because it’s so new, and important”, and that they “believe the court will rule on this motion within a matter of months”.