Image of what’s being called the LG X3 leaks online, another quad-core Android? 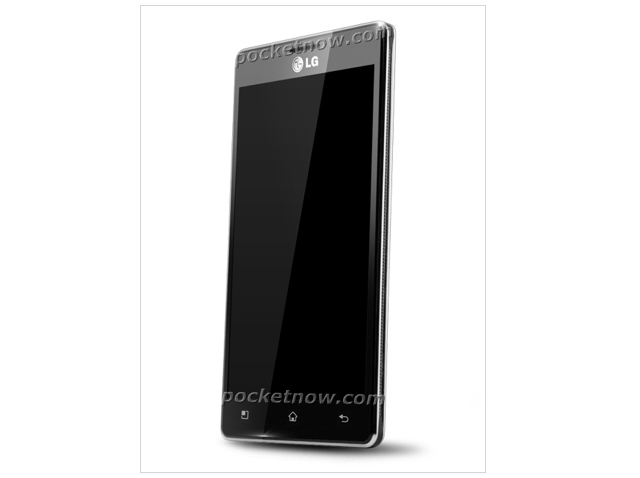 Execs at CES 2012 stated to us that their big mobile announcements will be revealed at Mobile World Congress in February – hopefully this leaked image above is one of them. What you’re looking at is currently said to be called the LG “X3”, a quad-core Android-powered device that might be running OS 4.0. The pic of the X3 looks incredibly thin and rumoured to be under 9mm. In addition, the screen is huge at 4.7 inches (resolution of 1280×720). Other rumoured specs have it with an 8MP camera, a 1.3MP front-facing camera for video calling, 16GB of memory, 2000mAh battery, NFC capabilities, Wi-Fi, 21Mbps HSPA – possibly LTE-enabled – and launch sometime late Spring or early Summer. Here’s hoping somebody leaks this online, but MWC is only a few weeks away now.