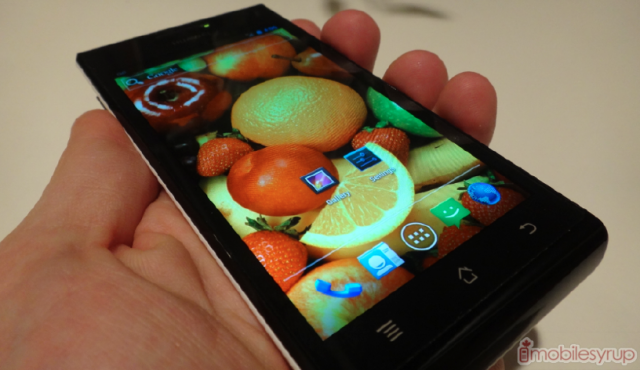 At first look the Huawei Ascend P1 S is a beautiful device. It’s incredibly thin at 6.68mm and remarkably light – an impressive 110 grams. Huawei unveiled the all plastic Ascend P1 S today at CES and comes with a 4.3-inch display that’s packed tight with Gorilla Glass. The screen itself is vivid, probably was on the brightest setting, and has a mediocre screen resolution of 960×540. I only held it for a few minutes but there was no lag time and the Ascend P1 S has a 1.5 GHz dual core TI OMAP 4460 processor.

Probably one of the features that’s not listed is that the battery cannot be removed, the Huawei rep informed me it was “just like an iPhone is”. Speaking of the battery it’s an 1800 mAh battery and depending what you do during the day it should last you. As to the OS, it’s Android OS 4.0.1 Ice Cream Sandwich.

This could be en route to Canada, Huawei wouldn’t give me a firm answer as to when, only that it’s hitting North America sometime after April 2012. For now, check out the pics below… I also sized it up to the Samsung Galaxy Nexus.

Update: I have video and will upload it shortly, apparently the Huawei Ascend P1 S will be priced around $400 outright, but will “differ from market to market”. 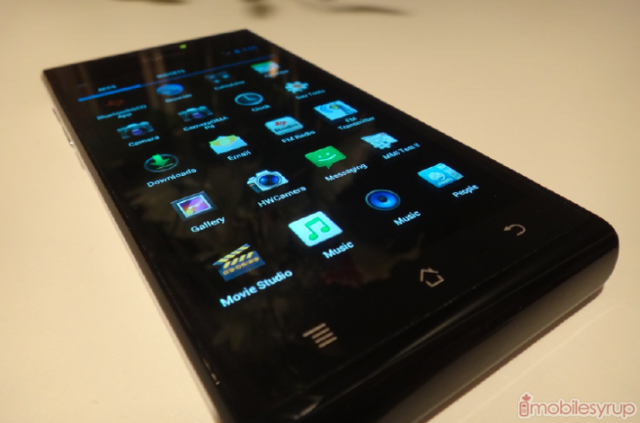 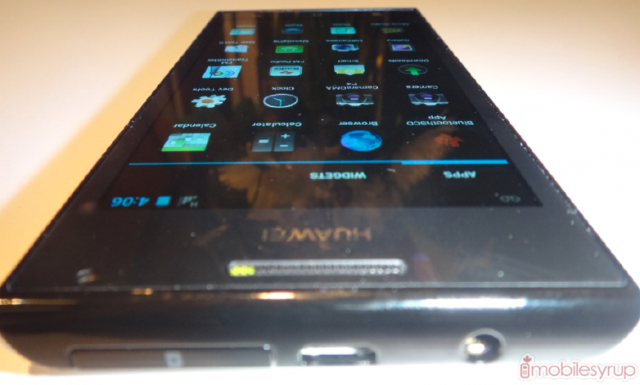 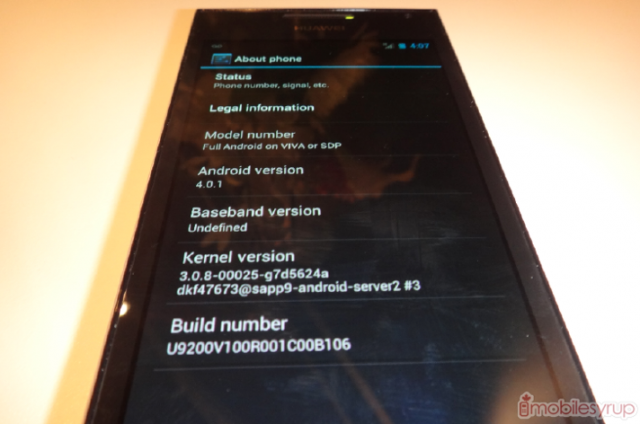 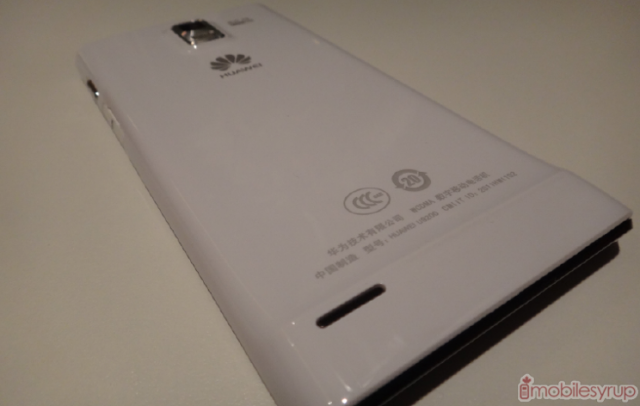 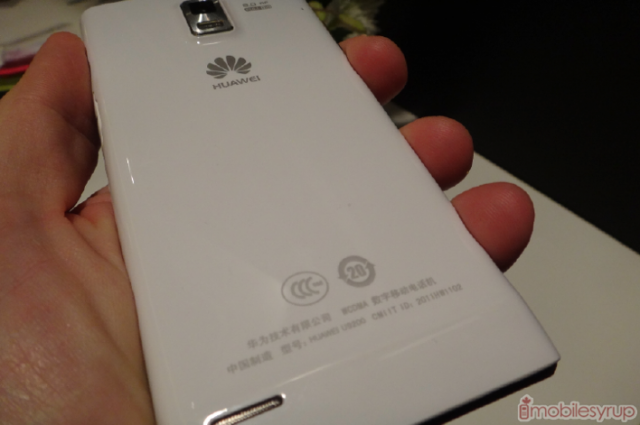