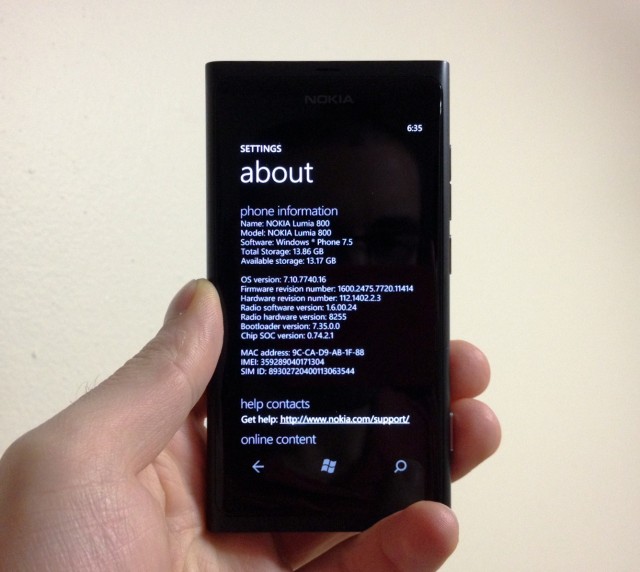 This is a bit disturbing. According to a new blog post by Eric Hautala, Manager of Customer Experience for Windows Phone, the new update — 8107 — which we brought you news about earlier this week, will be “available to all carriers that request it, is part of our ongoing maintenance of Windows Phone.”

This means that if your carrier doesn’t feel the maintenance release, as it stands, meets the criteria for their devices, they don’t have to release it. This goes against what we previously thought to be the case, where Microsoft would work with its carriers to ensure all maintenance releases would be pushed to all devices, in one form or another.

In many ways, this has everything to do with the carriers needing to provide support and bandwidth for the particular update, and not due to Microsoft’s lessened devotion to Windows Phone itself. They are still creating and releasing updates and improvements to Windows Phone 7, but the carriers must be willing to assent to all the changes.

This may just be a false alarm; it’s likely that most, if not all carriers, will still push out every release as they come. But the fact that Microsoft is no longer enforcing them (if they ever were — it could have just been conventional understanding that all devices would eventually get every update) is setting a bad precedent.

We thought that Microsoft had struck a perfect balance between Android’s haphazard carrier-dependant and Apple’s strict carrier-free update schedule, but now we think Apple has it right.

Read the full blog post over at Windows Team Blog.