It may not happen, but should Microsoft purchase Nokia’s smartphone division? 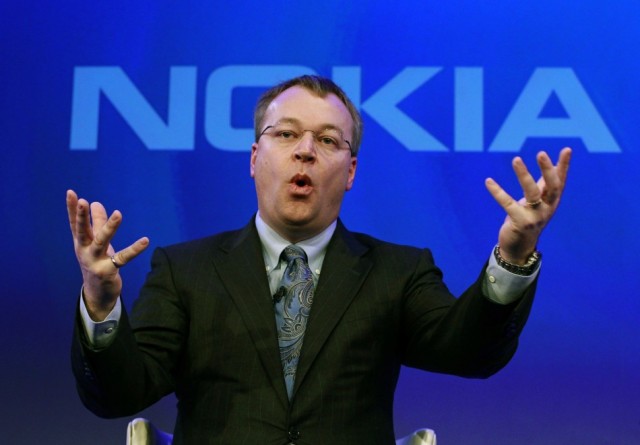 The rumours have already come and gone in a matter of hours — tech analyst claims Microsoft is gunning for Nokia’s smartphone division, both companies release statements denying — but these ones seem to be more firmly entrenched than others before it.

Microsoft and Nokia have a pretty unique relationship, owing to the fact that Stephen Elop, the man prized with turning it all around for the embattled Finnish giant, was once a Microsoft man. The decision to spurn open-source MeeGo in favour of Windows Phone 7 could not have been an easy one — Nokia traditionally had control of both its hardware and software — but there was no other choice. Move over to a more established (non-Android) platform, or die.

The rumours swirling around again are due to the mysterious and often-correct source of Eldar Murtazin, who claims that later this year Elop will resign as Nokia’s CEO and Microsoft will purchase Nokia’s smartphone division. More for its patents than its hardware facilities, if Microsoft decides to go through with the deal those may come too. Nokia will be left manufacturing “dumbphones” and ostensibly what’s left of its Symbian brand.

Now, Nokia has outright denied the claim to Slashgear: “We’ve put these rumours to rest a long time ago. The focus for Nokia is on executing on our partnership around Windows Phone and growing the ecosystem, and each company has the tools they need to do so”

But whether or not they are true, the question is: would there be a long-term advantage for Nokia to be brought under the Microsoft umbrella? There is no doubt Windows Phone is a beautiful and functional OS, but so is MeeGo, and it’s been sent to the slaughterhouse. History is speckled with beautiful and functional products doomed by the state of the economy, or the reality of competition: if Windows Phone had emerged two years earlier, perhaps it would be in a different position, edging Android for the number two spot.

Nokia would likely cost Microsoft a lot more than Google paid for Motorola Mobility, or Microsoft paid for Skype. In fact, Nokia’s Symbian market share increased in 2011, and the company, despite its having to lay off thousands of workers, is still in the black.

Perhaps in the long term, if Microsoft can find its footing it may be beneficial to create its own hardware and software for Windows Phone; they have said they’re in it for the long haul. Manufacturers like Samsung and HTC seem to be publicly dissing the OS, siding with the infinitely more-customizable (and therefore more profitable) Android operating system.

So, the rumours may not be true right now but as we saw with the Google/Motorola deal, anything is possible in this crazy business.