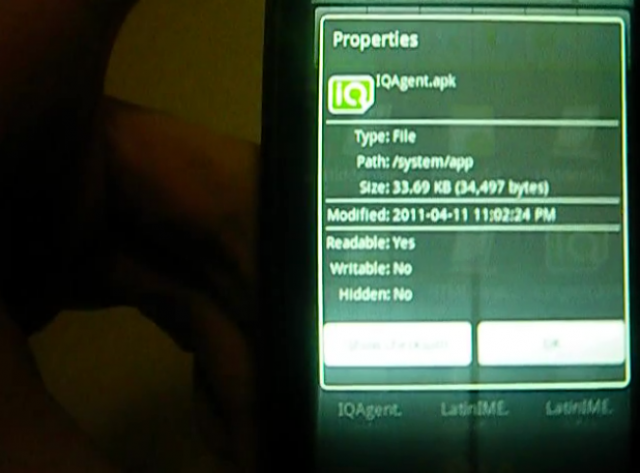 Ru ohh. “I’m happy to confirm that we have investigated and Carrier IQ is NOT on any of our devices”. That’s the tweet that Rogers recently sent out about the smartphone tracking software. However, these images and video show a different viewpoint. A tipster sent us a glimpse of his Rogers LG Phoenix Android device (model number P505R), which was purchased at a Future Shop, clearly having Carrier IQ installed. Video and pics after the break…

Update – Rogers sent us the following statement: “Rogers does not request or activate Carrier IQ on any device. When we asked our OEM’s for confirmation we believed it was not installed but have since learned that it may be embedded in some older OS, defaulted OFF. We recognize some customers are concerned about Carrier IQ and are working with our manufacturers to investigate further.”

Update #2 – LG Canada has sent us a note about the Carrier IQ found on the LG Phoenix: “LG does not include the Carrier IQ on its mobile phones unless it is specifically requested by a carrier. Rogers did not request it.

It is important to note that LG does not receive any confidential consumer information from devices equipped with the Carrier IQ app. Such information is collected only by carriers or Carrier IQ when the app is enabled.” 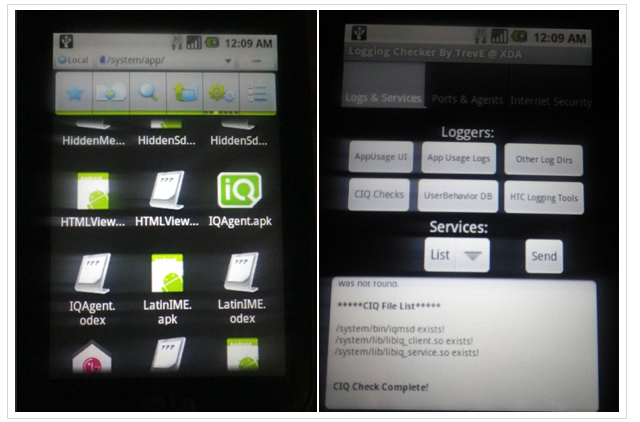