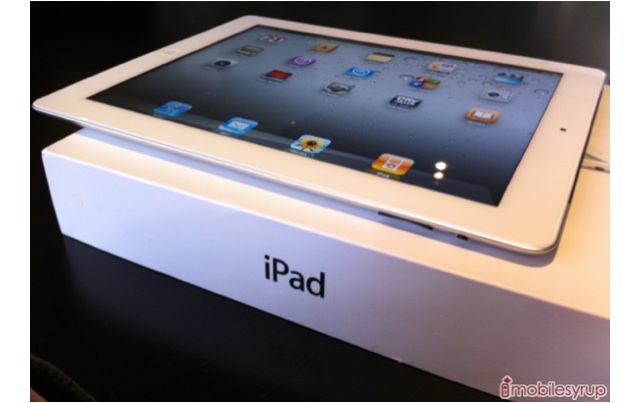 It’s pretty mucha given that the iPad 3, when it eventually debuts, will have a double-resolution “Retina” display. Manufacturers such as Sharp and Samsung are set to provide Apple with the manufacturing process to get such a high-resolution display fabricated, optimized, and ultimately utilized in the kinds of volumes that Apple expects.

Indeed, with the number of iPad 2’s sold exceeding 25 million worldwide, nothing short of such a high-res display would meet the skyward expectations of the Apple faithful. The problem, at this point, is yield: according to some analysts, right now 9.7″ 2048×1536 pixel displays should have around a 50% success rate. For every one display that is perfect, there is another with a dead pixel, backlight bleeding or colour issues.

There is an expectation around the industry that the yields should improve by early next year, with shipments of finished devices expected in February and March. This would hune with Apple’s current iPad cycle, as the first was released in April 2010, and the iPad 2 in March 2011.

If, for whatever reason, the iPad 3 can’t manage such a huge display spec increase — despite its 264dpi pixel density, it is extremely difficult to manufacture such displays with the current fabrication methods — will there be a reason for people to upgrade? Sure, they could increase chip speed, RAM size, camera quality. They could make it thinner still. But that means little to someone who has been staring at the same underwhelming 1024×768 display for two years now.

We wait with anticipation.