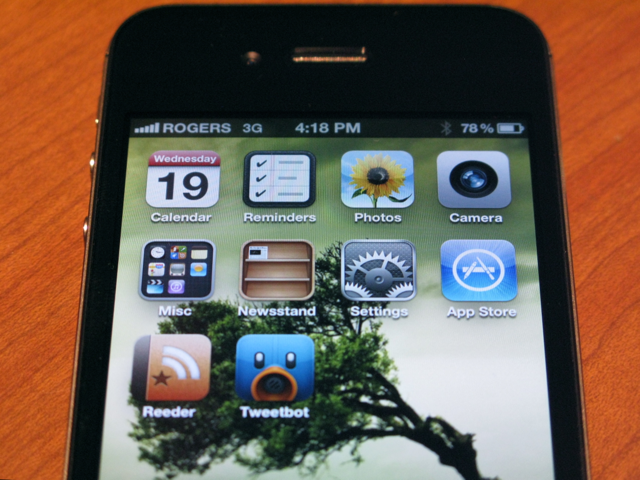 From the outside, the iPhone 4S looks exactly like its predecessor, but the guts of the device are an entirely different story. A faster processor and baseband, along with an improved camera and slightly larger battery should make for significantly improved performance. But some customers are noting that their new phones, pre-loaded with iOS5, are experiencing poor battery life — some up to 10% drain per hour.

According to The Guardian newspaper, several iPhone 4S customers have been contacted directly by Apple engineers who are looking into the issue. They have been asked to voluntarily install monitoring software — all anonymously collected, of course — in order to determine what could be the cause of the aberrant battery drain. Some have speculated that Siri, the new always-on personal assistant, needs a constant connection to the internet, slowly trickling the battery dry. Others say it could be background processes at play, which have more free reign to update over previous versions of iOS. There have also been reports of corrupted iCloud or Google sync data — specifically corrupted contact lists — which, once wiped clean and re-installed, solve the problem.

While there doesn’t seem to be anything official yet from the company, it’s good to know that Apple is looking into the issue. Have you experienced a decline in battery life over your iPhone 4? If so, let us know in the comments.