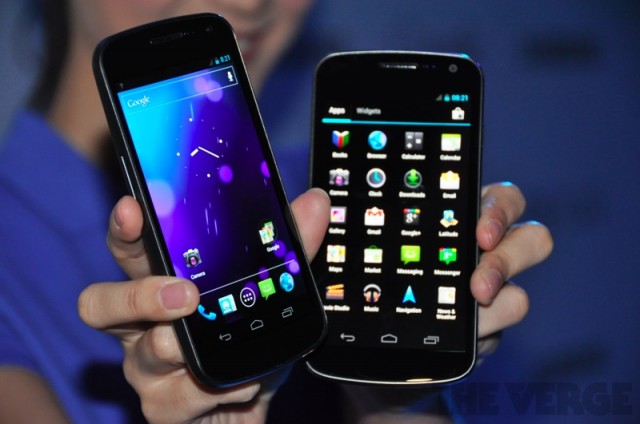 As expected, Samsung and Google have jointly announced their new developer device, the Galaxy Nexus. It is the first Android device to be widely released with Samsung’s new Super AMOLED HD display, sporting a 720×1280 pixel display. And, at 135.5 x 67.94 x 8.94 mm it’s waif-thin. Unlike all previous Android phones, there are no capacitive touch buttons: the lower half-inch of the screen are dedicated to permanent soft buttons, including Back, Home and Menu. The device includes a teardrop design that makes it easy to hold and at 135g it is extremely light.

The Super AMOLED HD display has a contrast ratio of 100,000:1. ICS is specifically designed to work with devices at 720p resolution. It sports a native 16:9 ratio and in this case the 4.65″ display provides plenty of space and an excellent pixel density. The Galaxy Nexus incorporates the same slightly concave “contoured” design Samsung introduced with the Nexus S, which provides for improved finger handling and text output. The screen has a minute 4.29mm bezel.

This will be a hidden notification LED in the chin of the device, a feature thousands of Samsung users have been clamoring for. The battery cover is made of a “textured hyperskin” allowing for non-slip and easy gripping.

Full specs are as follows: 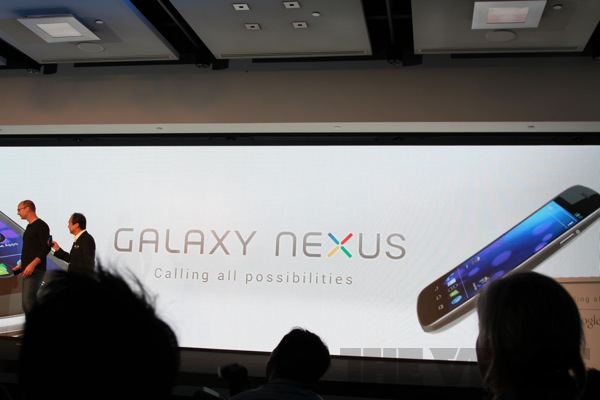 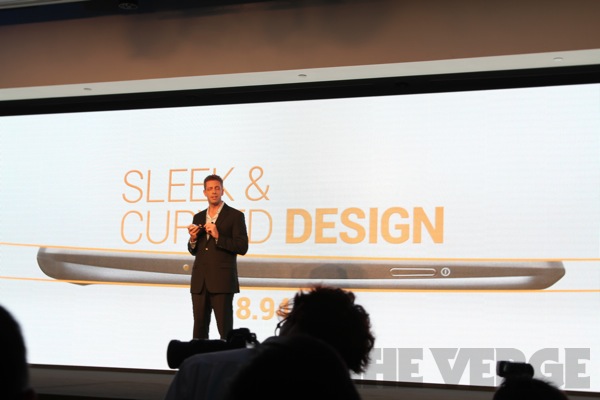