Video: Hands on with the new Motorola RAZR 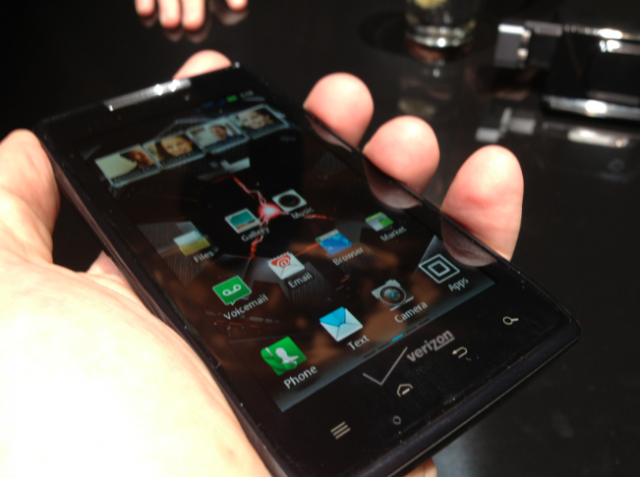 Wow, just finished with some hands-on time with the new Motorola RAZR, also known as the Droid RAZR in the States. This will be released by Rogers “in time for the holidays” and it’s one sexy Android.

First, this is incredibly thin, only 7.1mm and takes home the crown as being the thinnest smartphone in the world. Overall dimensions are 130.7 x 68.9 x 7.1 mm. Apart from it’s thinness, it’s light too. This weighs in at 127 grams, which is a bit heavier than it’s Android competitor, the Samsung Galaxy S II at 116 grams. The device doesn’t seem too bulky and feel great in the hands. Motorola has added a bit of a quality feel to it as the backing is made of KEVLAR fiber. You can’t open up the back to get to the battery, which is 1800 mAh that claims to give you 12.5 hours of talk time and 8.9 hours of video playback. Another plus about the RAZR is its inside, coming with a dual-core 1.2GHz processor that had no lag time during my quick look at it. The screen is remarkable – it’s 4.3 inches and is made of scratch-resistant Gorilla Glass, but captures a massive amount of fingerprints. Typing, viewing pictures and videos was a good experience. I’m not sure what it’s like outside as I wasn’t actually allowed to take it out of the room, so when we get our demo unit we’ll do a test in direct sunlight. In addition, the RAZR has an 8 megapixel rear camera that captures 1080p video and a 1.3 megapixel camera (720p) for video calling.

The complete hands-on video is being uploaded now, but overall it’ll be a great addition to the Canadian market. Finally, this runs Android 2.3.5 but was informed that an update to Android OS 4.0 Ice Cream Sandwich will be coming in Q1 2012 – not sure if that is on globally or just for Verizon. 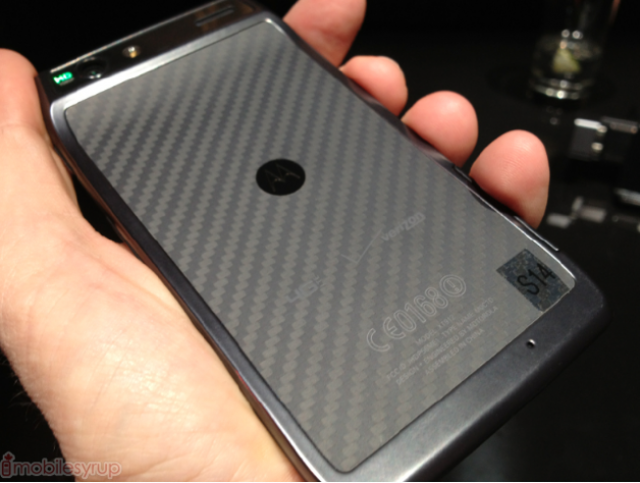 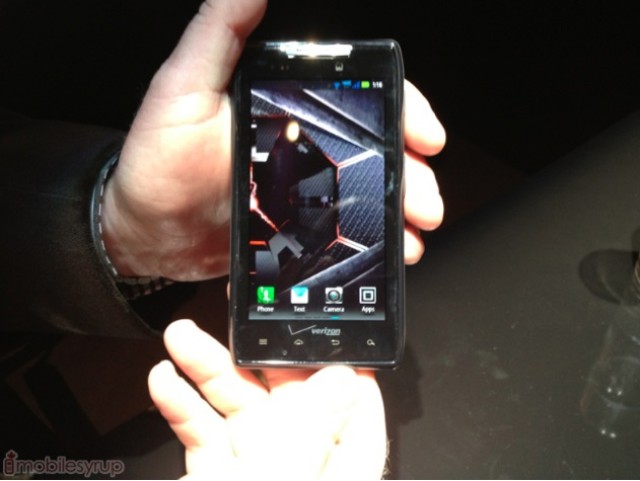 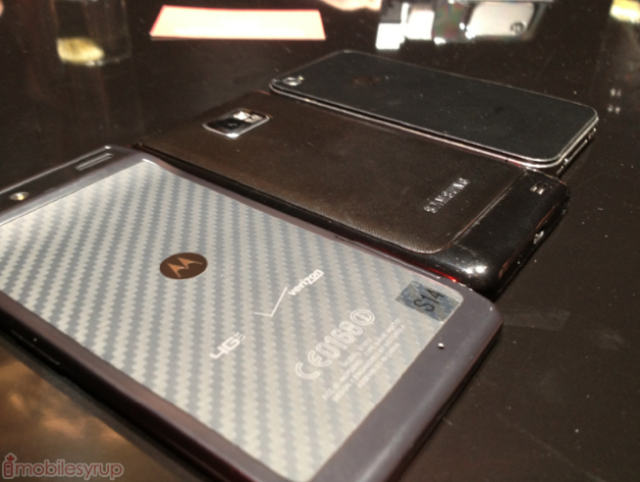