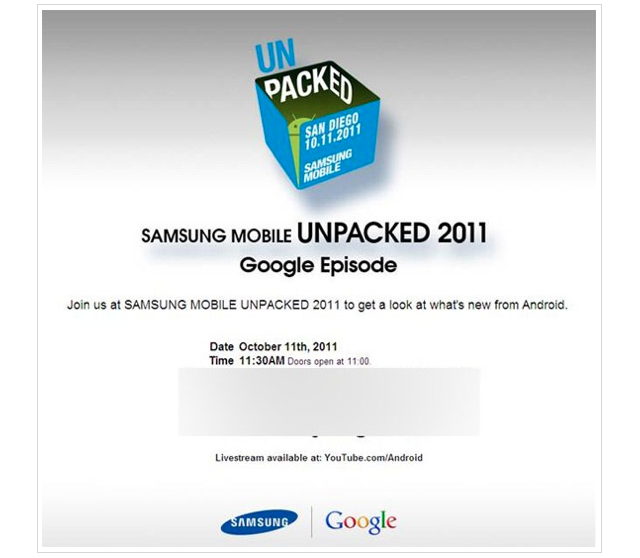 Samsung has scheduled their next “Unpacked” at the upcoming CTIA on October 11th. It’s rumoured that this will be the date the next evolution of the Nexus device will officially be introduced, possibly called the “Galaxy Nexus” or “Nexus Prime”. The above invitation adds to the speculation of this becoming reality. It’s a rare occurrence that both Samsung and Google will join together and host an event, but it’s happening. The sub title is called “Google Episode”, with the invitation slightly teasing us that we’ll “get a look at what’s new from Android”. This could be the physical device, but also the anticipated Ice Cream Sandwich OS.

The CTIA also recently revealed that Samsung intents to announce a new product, specifically geared towards the “Gamer & Entertainment Enthusiast”. As for specs of the “Galaxy Nexus” is expected to come with a 4.65-inch display with 720p HD resolution and 1.5 GHz dual core processor.

Less than two weeks away…