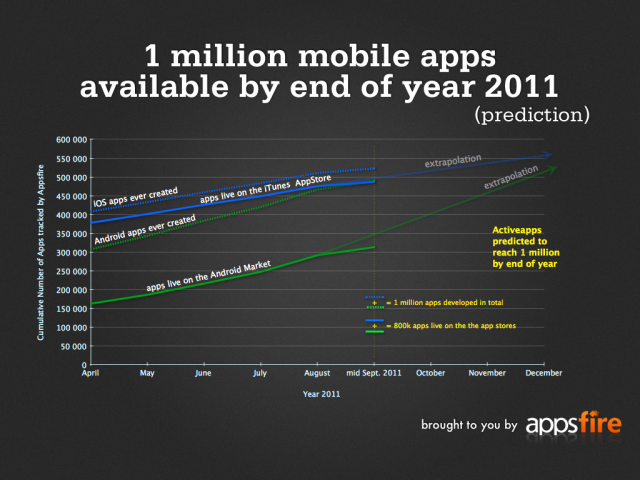 The race for app dominance is ongoing,  manufactures have been promoting the sheer number of apps they have for the past number of years. Everything from the time wasters to the productivity enhancers have been highlighted. The main battle seems to be between Apple and Android – the last count Apple had over “425,000 of the coolest apps” while Android had 250,000 available apps. A new report by AppsFire states today marks the day that the combined total for both the App Store and the Android Market is 1,000,000 apps. Unfortunately now all the apps are not active, only 800,000 are – which is still a huge number and some severe overlap is happening too. AppsFire says 52% are iOS apps and 48% are Android which means there has been some heavy development from Android over the past quarter. They are predicting that there will be 1 million active apps by the end of this year. 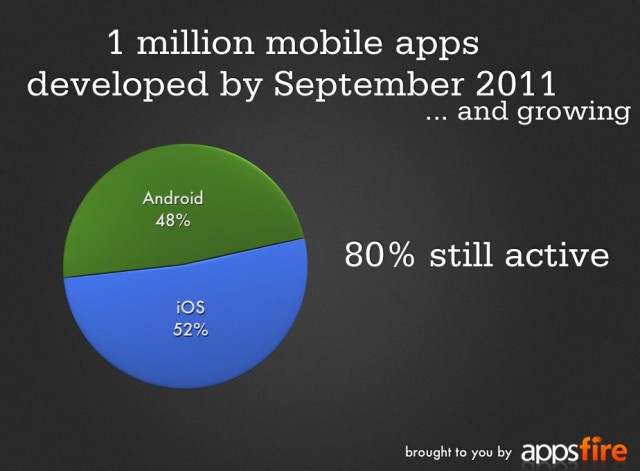