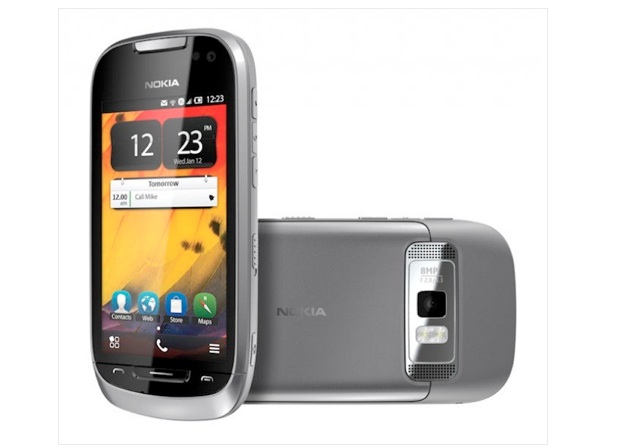 Here’s something we didn’t expect to see: another update to the Symbian operating system, only a week or so after the rollout began for Anna, the long-awaited update for the Nokia N8, E7, C7 and others.

Symbian Belle will come pre-loaded on the three new devices that Nokia is releasing to the market, though there have been no carrier deals in Canada. The Nokia 600 is a tiny device that boasts “the loudest speaker in any Nokia smartphone,” while maintaining the high build quality one expects from the company. It will also include a 1Ghz processor, a 5MP EDoF (no autofocus) camera, WiFi, GPS, pentaband 3G and, surprisingly, NFC support.

The Nokia 700 is another tiny phone, only 9.7mm thick and boasting a 3.2″ AMOLED touchscreen, 5MP EDoF camera, NFC and that 1GHz processor.

The Nokia 701 houses the same design at the Canada-released C7 but upgrades the internals and dials up the screen brightness. With a 3.5″ IPS AMOLED display that Nokia claims is the brightest display ever released on a smartphone, it comes with a 1Ghz processor (single-core, remember), 512MB RAM, 8MP ED0F camera, WiFi, GPS, compass, NFC and that excellent Nokia battery life.

Symbian Belle, which will become available to the N8, E7, C7 and the like at a future unannounced date, brings a lot of user interface improvements to the OS, including an Android-like drop-down notification bar, resizable widgets, as well as improved scrolling and a faster web browser. This is in addition to the UI overhaul received by Symbian Anna, which itself brought a portrait QWERTY keyboard and improvements to the overall look of the interface already.

Us Canadians who own a Nokia device are still waiting for the Anna upgrade to roll out for our Rogers N8’s but hopefully it will be pushed out soon enough. And the quicker we get Belle, the less likely current Nokia owners are going to migrate to another platform.

What say you, Symbian lovers? Are these devices and the Belle upgrade enough to keep the juices flowing for a while longer?