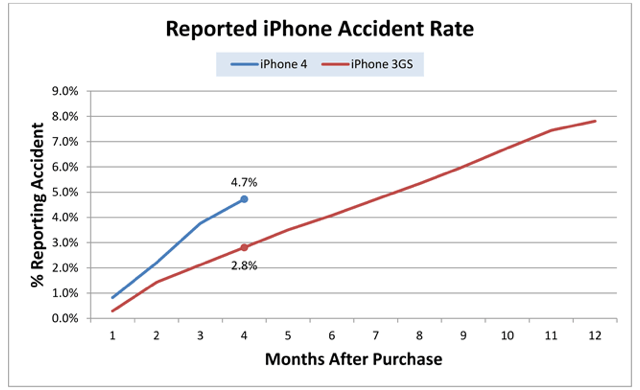 The iPhone 4 has and still is going through a wild ride – a PR nightmare on some levels but amidst all the bashing the smartphone is still a massive success. There’s been “Antennagate” and even up to last week a new issue called “Glassgate” was coined for 3rd party cases causing the back of the iPhone to scratch, fracture and crack.

A new report has been released by cellphone warranty provider SquareTrade that states that “iPhone 4 Glass Breaks 82 Percent More Than 3GS”. The findings were based on 20,000 iPhone 4’s over the first 4 months the device went on sale. Their report boldly states “it’s clear that the iPhone 4 is significantly more prone to physical damage than its predecessor. The aluminosilicate glass seem to crack at least as often as the old glass, and there is now twice as much surface area to break.”

Other findings by SquareTrade shows the “accident rate for iPhone 4s was 68% higher than for the iPhone 3gs” and “An estimated 15.5% of iPhone 4 owners will have an accident within a year of buying their phone”. Physical damage aside, SquareTrade says that “non-accident related malfunctions” such as “hardware problems beyond the glass screen” resulted in “fewer than 0.5% of iPhone 4 owners reported a non-accident claim, roughly the same as the iPhone 3gs.”

Have you had any issues with your iPhone 4? Cracked screen, liquid damage?
(A few more graphs after the break) 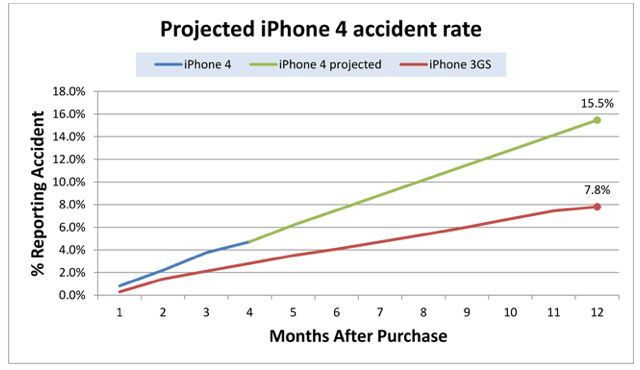 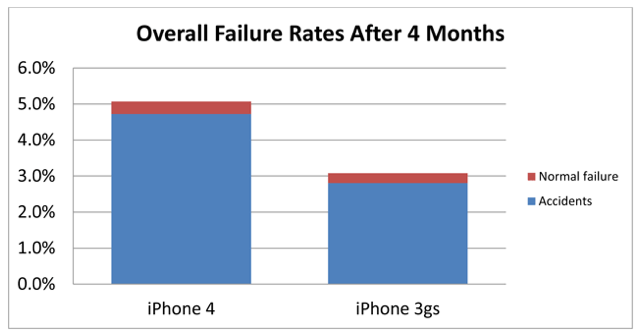