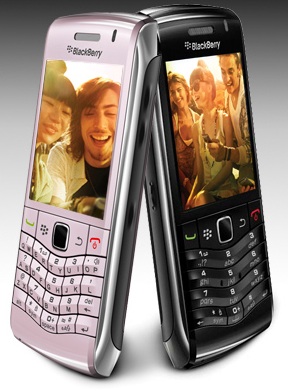 With the announcement of the BlackBerry Pearl 3G (9100), both Rogers and TELUS have formally announced plans to launch this new smartphone in May – expect Bell to follow with an announcement soon. Last week we got confirmation that TELUS will be releasing this in both Black and Pink and early price points on a no-contract was $449.99. In addition, we also had an inventory screenshot that showed the 9100 priced at $79.99 on a 3-year.

However, great news this morning when reading the TELUS Pearl 3G press release. It states that TELUS exclusively sell the Pink version, maybe they might even tie something into a Breast Cancer charity. In addition, the release said that “TELUS offers a broad range of best-in-class wireless devices on Canada’s biggest and fastest 3G+ network, now including the new BlackBerry Pearl 3G. Starting in May, this smartphone will be available from TELUS in pink and in black for as little as $29.99 on a three-year plan.”

Great price for this device at launch. Nice work TELUS!