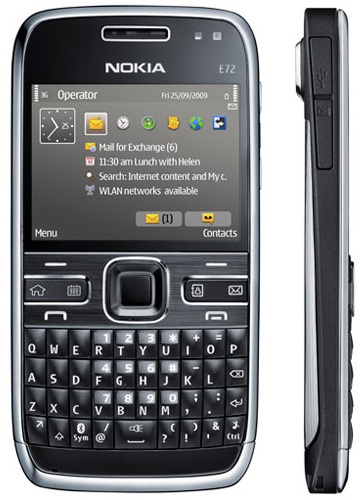 So we’ve been hitting the rumour mill pretty hard over the past couple weeks and here’s a quick roundup:

– BlackBerry Pearl 9100 will officially be launching with both Bell and TELUS somtime in May and rumours are that Rogers, Fido and Virgin will launch as well.

– Rogers will be releasing the Nokia N97 Mini in May, from what we’ve been informed it’s within the first couple weeks

– We’ve also been informed that Bell will be release a HSPA 3G BlackBerry Curve during the Summer, around the back-to-school time frame. Will get more details soon.

In addition to these above rumours, we got tipped from a reliable source that TELUS will be releasing the Nokia E72 within 6-8 weeks. No word on pricing yet but it’ll add to their Smartphone lineup. The E72 is the successor of the very popular E71 that TELUS released back in November.

Quick specs of the E72 is that it has a 600 mhz processor, 5 megapixel camera (plus front-camera for video calling) with auto-focus and flash. In addition, it comes with a 3.5 mm headset jack, full QWERTY keyboard with a five-way directional pad and optical trackpad, 2.4 inch display (resolution of 240 x 320), Built-in GPS, WiFi, can hold up to 16GB with a microSD card.