Rogers appeal for “most reliable” gets denied by B.C. judge 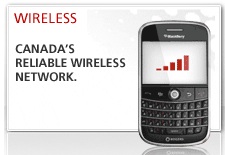 Ever since TELUS launched their HSPA they thought Rogers was misleading the public by advertising they were “Canada’s Most Reliable Network”. TELUS took Rogers to court and the B.C. Judge ruled in their favour and agreed that Rogers must drop the word “most”.

Rogers appealed the decision, but was again unsuccessful and cannot use the word “most”. However they can call themselves “Canada’s Reliable Network”. Justice Christopher Grauer has given Rogers until December 18th to remove the word “most” from their television, radio and newspaper ads, flyers, posters and in-store materials.

Rogers spokeswoman Odette Coleman said “We are disappointed, but respect the legal process and are complying with the decision. Even Telus and the Courts have recognized that our network is more reliable than the network currently being used by the vast majority of our competitors’ customers…And, we’re confident that once they have customers on their new network, we will demonstrate through rigorous testing that we are more reliable.”

Telus spokesman Shawn Hall said “Our primary interest in all of this was having misleading and damaging statements being made by Rogers removed from the marketplace as soon as possible”.