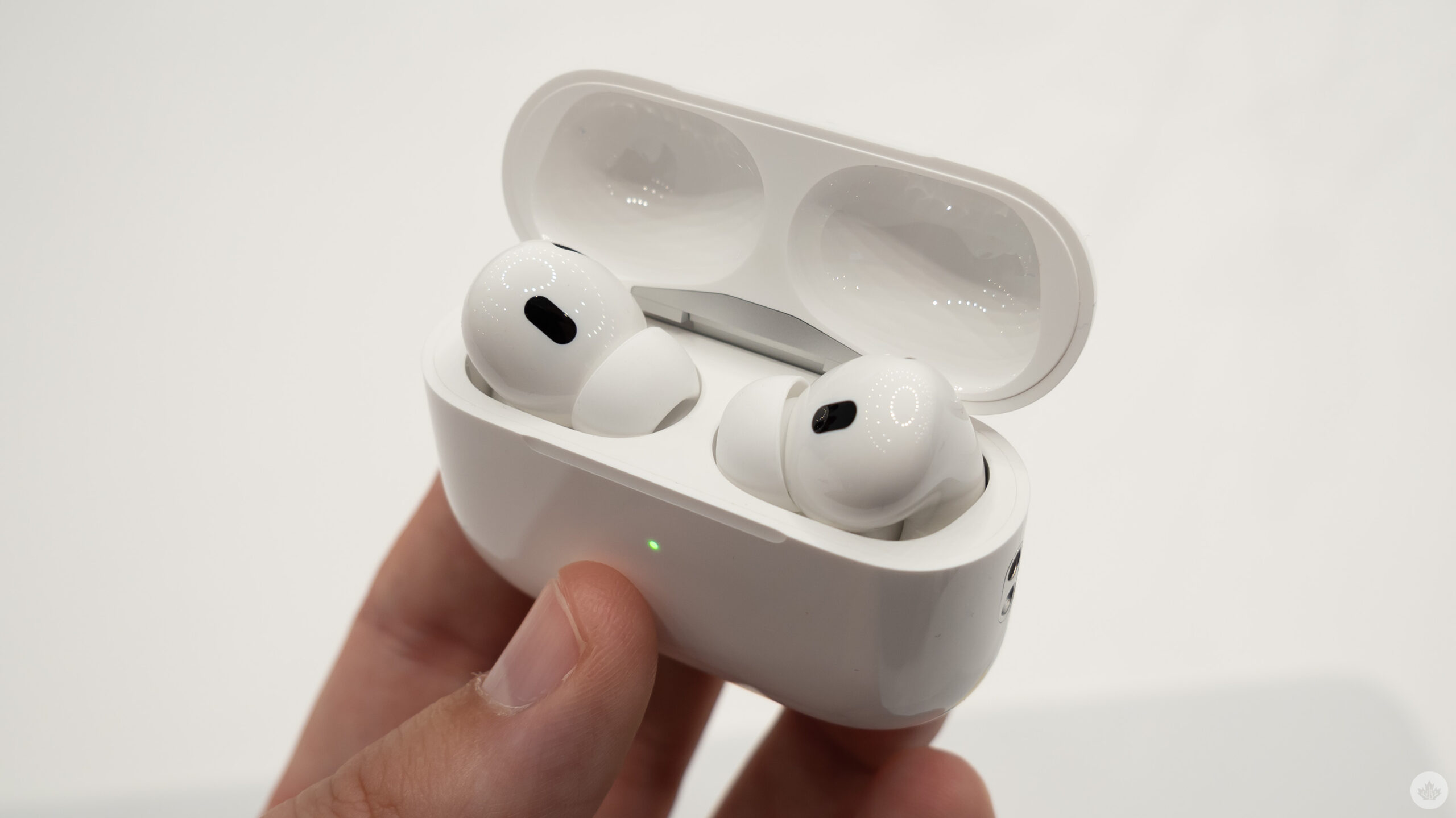 While I can’t speak to the AirPods Pro (2nd-gen)’s audio quality improvements since that’s difficult to judge based on my brief hands-on time with the wireless earbuds, I can say that Apple’s claims regarding the active noise-cancellation being twice as good seem legitimate.

According to Apple, this improvement stems from the wireless earbuds’ new H2 chip, which offers more processing power and better energy efficiency. 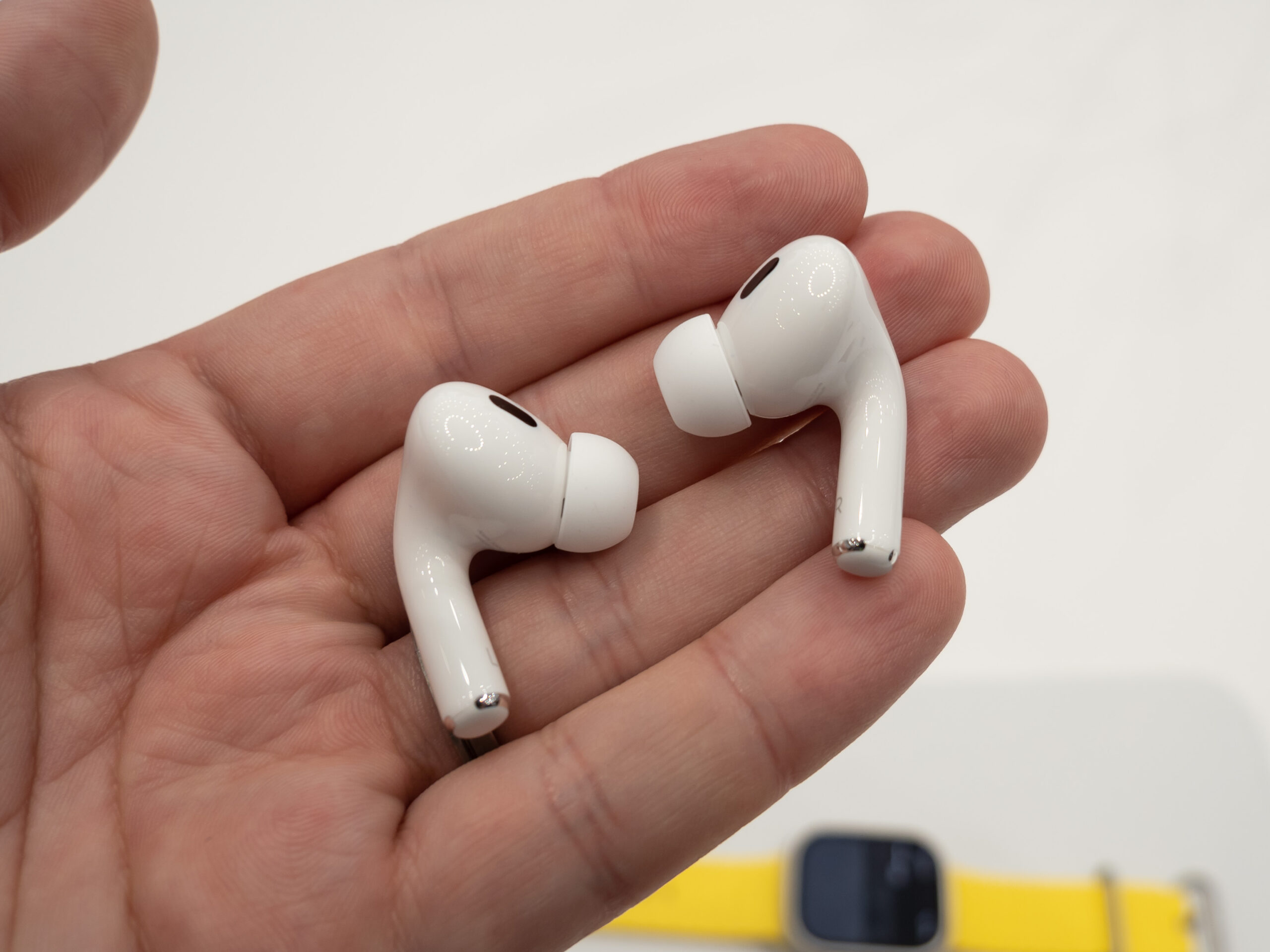 On the sound quality side, Apple says the AirPods Pro (2nd-Gen) feature new low-distortion drivers, allowing for improved sound quality with more depth. I briefly listened to a few tracks in the busy hands-on area, and the new AirPods Pro sounded great, but I definitely need to spend more time with them.

It’s worth noting that there’s now an extra-small ear tip for people with smaller ears. I use a medium tip in one ear and a small tip in the other, so it’s unlikely I’ll use the smaller tip. Still, this is a welcome addition on Apple’s part since I’ve heard from some people that even the small tip is too big.

Regarding new hardware features, Spatial Audio now supports a more personalized listening experience. The setup process seems straightforward and involves scanning your ears and face, but I haven’t been able to try it yet. 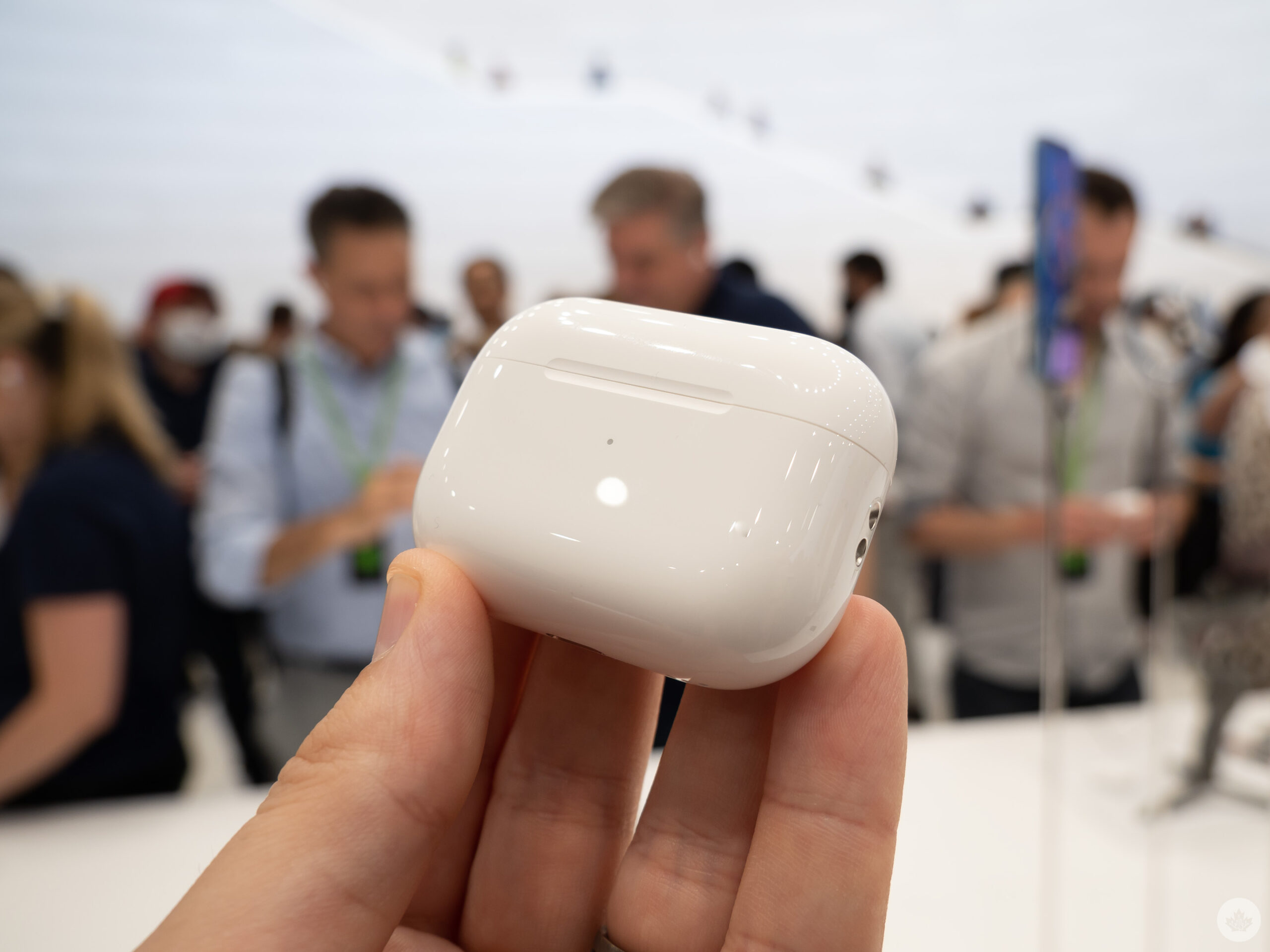 Finally, there are two low-key killer features that didn’t get much attention during Apple’s keynote. First off, there’s the new transparency mode that adapts to the ambient noise around you, allowing more audio pass-through when there’s noise near you. As someone who often uses their AirPods Pro when they’re out and about, this feature has the potential to be very useful

Next, there are new, intuitive on-AirPod volume controls. A quick swipe up or down of the indent on either AirPod Pro lowers or raises the volume, removing the need to change the volume level via the iPhone. The touch controls are surprisingly precise, and the most responsive I’ve encountered in a pair of wireless earbuds.

There are also upgrades to the wireless charging case, including a new slot to attach a lanyard. However, in true Apple fashion, the lanyard is sold separately (I’m looking forward to the wacky third-party ecosystem of lanyards that will likely appear in the coming months). 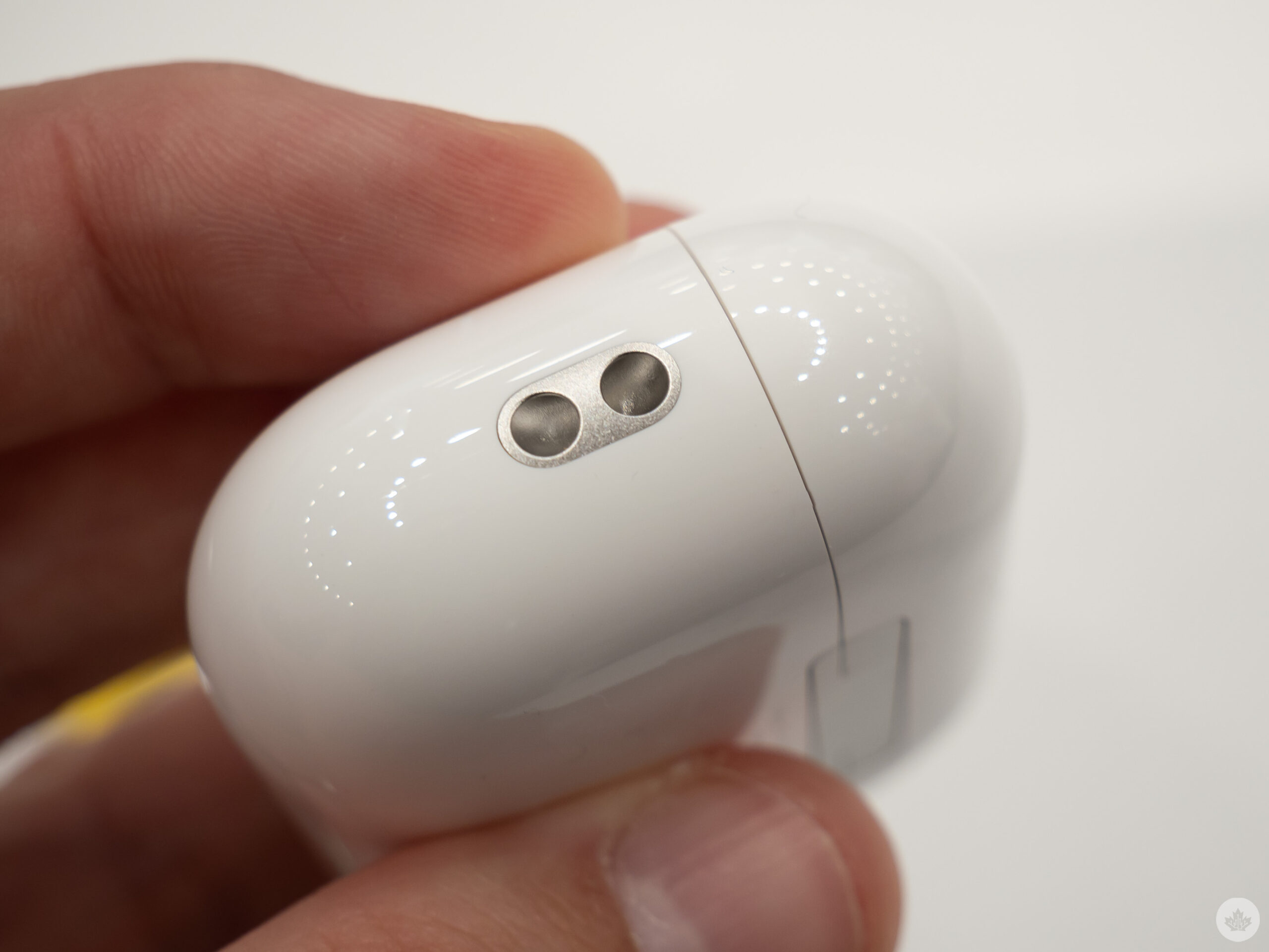 Other upgrades include six hours of battery life on a single charge, which is an increase from the three to five hours the original AirPods Pro typically receives.

One thing we didn’t hear anything about during the event is the addition of Lossless audio support. Apple could possibly make an announcement in the future regarding Lossless audio coming to the AirPods Pro (2nd-gen), but nothing has been announced yet. 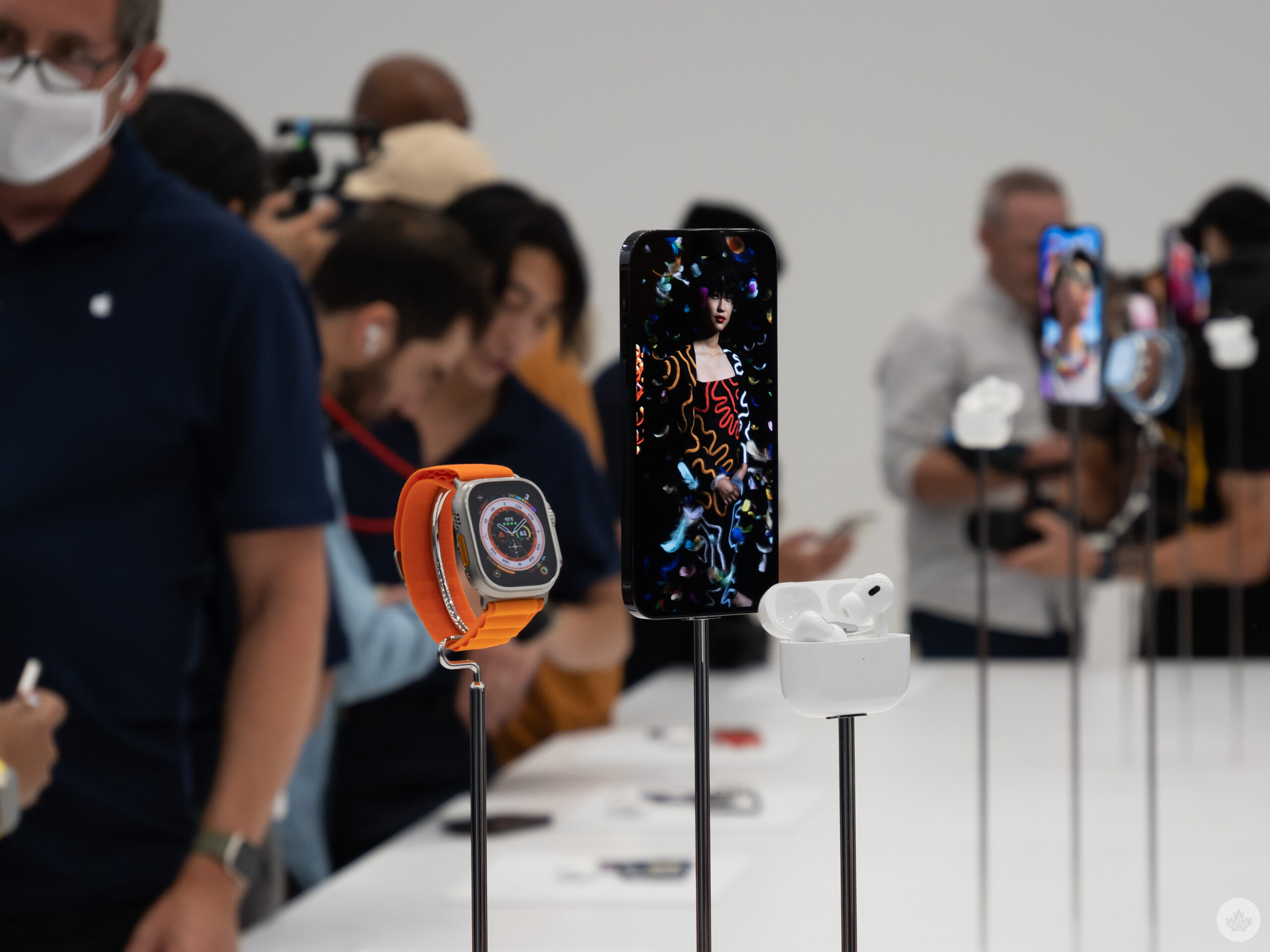 I still need to spend more time with the new AirPods Pro, but I walked away impressed with the wireless earbuds after my brief hands-on time with them.

Apple’s AirPods Pro cost $329 in Canada and are available to pre-order on September 9th. They release on September 23rd.