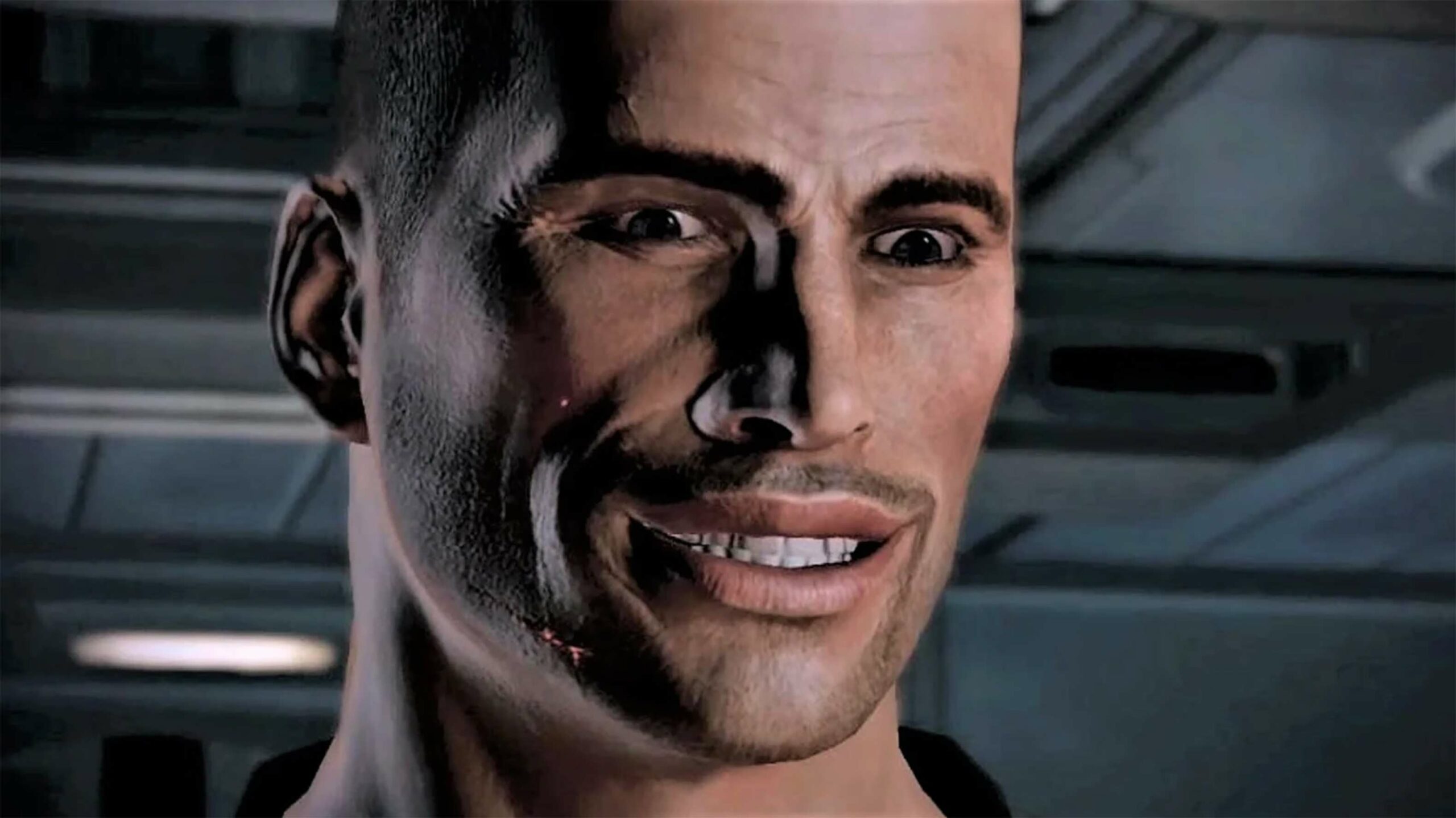 As spotted by YouTube user MrHulthen, the official BioWare Gear store’s listing for a lithograph based on the upcoming game indicated that original Mass Effect trilogy hero Commander Shepard will return:

“The show goes on. Shepard’s final quest may have ended the threat of the Reapers but at great cost including Earth itself. While Shepard and the survivors are left to pick up the pieces, fans are left wondering what’s next.”

However, it’s since been updated to remove any mention of Shepard:

“The show goes on… The threat of the Reapers might have been ended, but at great cost including Earth itself. While the survivors are left to pick up the pieces, fans are left wondering what’s next.”

It’s quite curious, considering this came from an official BioWare page. Since its formal reveal in December 2020, details for the upcoming Mass Effect have been scarce. All BioWare has confirmed is that the game is picking up after the events of Mass Effect 3 and that fan-favourite Shepard companion Liara is returning.

What’s most interesting about BioWare’s gaffe, however, is that Shepard dies in all but one of Mass Effect 3‘s possible endings. While some fans have speculated on the limited marketing material that is available that Shepard is alive in the new Mass Effect, BioWare has remained coy, simply saying there are “at least five” surprises in the official poster.

In any case, a core appeal of the Mass Effect series its “choose-your-own-adventure” branching narrative. Should Shepard really be alive in the new game, that would make that one Mass Effect 3 ending canon, which would, ostensibly, run counter to the choice-driven ethos of the series. It remains to be seen how BioWare will ultimately thread that needle.

What we do know, though, is that the game is in “early development,” so it likely won’t release for a number of years. In the meantime, BioWare has Mass Effect: Legendary Edition, last year’s remastered collection of the original trilogy, as well as the upcoming fourth Dragon Age game.

Update: 10/05/2022 at 8:25pm ET — On Twitter, Mass Effect project director Michael Gamble responded to this story, stating the original description that mentioned Shepard was a “mistake.” He then went on to say that the “original thing was written by the people who run the store and aren’t familiar with the game.”

It should be noted, however, that Gamble didn’t outright say that Shepard isn’t in the new Mass Effect, so make of that what you will. In any event, we’ll likely need to wait a little while before getting a formal update on story and character details for the game.