From Atom Egoyan's The Sweet Hereafter to David Cronenberg's Dead Ringers, here are 10 movies with huge ties to Canada 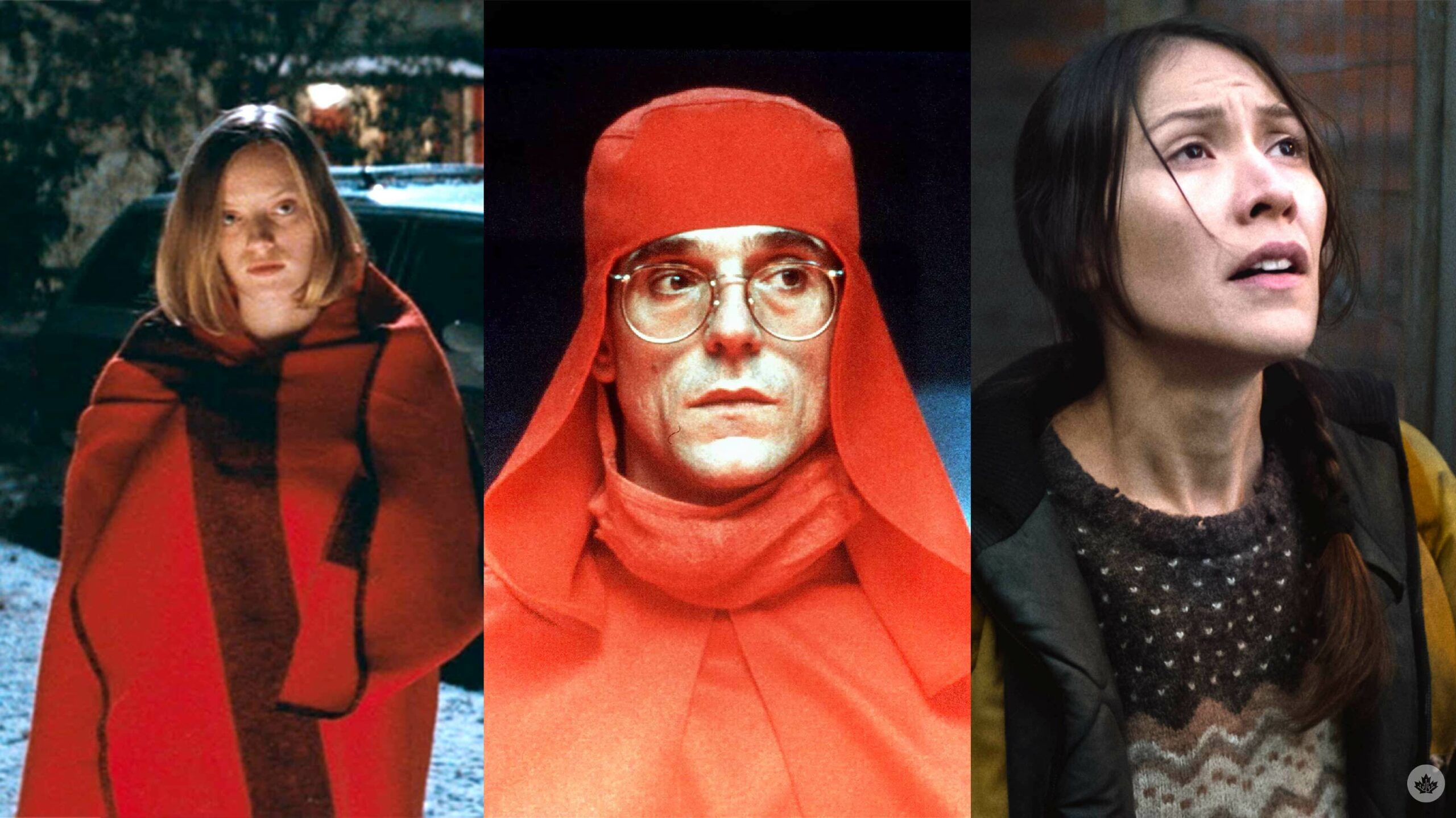 This year, NCFD falls on April 20th, and to commemorate the occasion, we’ve rounded up 10 Canadian movies that you can stream. Naturally, this only scratches the surface of Canadian movies, but we’ve tried to put together a well-rounded list in terms of genre, streaming services and recent vs. older flicks.

For the purposes of this story, we’re limiting this to movies with significant Canadian connections — if not full Canadian productions — rather than full American/foreign productions with maybe one or two Canadian co-stars.

Without further ado, let’s get to it, eh?

Synopsis: A time travelling pilot teams up with his childhood self to save the future.

Canadian connections: Vancouver’s Ryan Reynolds (Deadpool) stars as the aforementioned pilot, while Montreal’s Shawn Levy (Night at the Museum) directed the film. The Adam Project was also filmed in Vancouver. It’s also worth noting that Reynolds and Levy are teaming up for the third time (the pair previously worked on Fox’s Free Guy) on the next Deadpool movie.

Where to stream: Netflix

Synopsis: Two police officers — one Ontarian and one Québécois — teaming up to solve the murder of a hockey executive is pretty much the quintessential Canadian buddy cop flick.

Where to stream: Netflix (the sequel is also on Netflix)

Twin gynecologists abuse their similar appearances until their relationship falls apart over a woman.

Renowned Toronto-born director David Cronenberg (The Fly) has many films that could make this list, but we’re going with Dead Ringers. After all, he co-wrote the film with the late Torontonian Norman Snider (Partners) and set and shot it — which was based on the true story of New York gynecologists — in Toronto. And while star Jeremy Irons (Reversal of Fortune) isn’t Canadian, the rest of the cast, including Montreal’s Geneviève Bujold (Anne of the Thousand Days) and Toronto’s Heidi von Palleske (Street Legal), are most certainly Canucks.

Where to stream: Prime Video

Synopsis: A mild-mannered Toronto college professor comes across an actor who looks identical to him, leading him to investigate.

Canadian connections: While perhaps better known now for big American productions like Blade Runner 2049 and Dune, Bécanour, Quebec’s Denis Villeneuve’s earlier work, including Incendies (Crave) and Enemy, are very Canadian. On top of being set and filmed in Toronto, almost everyone on the production — from the crew to co-stars like Toronto’s Sarah Gadon (Alias Grace) — are Canadian. America’s Jake Gyllenhaal (Brokeback Mountain) and France’s Mélanie Laurent (Inglorious Basterds) lead the cast.

Where to stream: Prime Video, Crave and CBC Gem (free with ads).

Where to stream: Crave (the 2017 sequel, Goon: Last of the Enforcers, is streaming on Prime Video)

Synopsis: A teenager must grapple with the consequences of an unplanned pregnancy.

Canadian connections: Montreal’s Jason Reitman (Up in the Air) serves as director, the two leads are Halifax’s Elliott Page (The Umbrella Academy) and Brampton, Ontario’s Michael Cera (Superbad), and the film was shot in Vancouver.

Where to stream: Disney+

Synopsis: In dystopian 2044 North America, a Cree woman joins a resistance movement fighting against the military government in an effort to save her daughter.

Where to stream: Crave

Scott Pilgrim vs. The World

Synopsis: A young musician tries to land a record deal while battling the seven evil exes of his current girlfriend.

Where to stream: Crave, Prime Video (both require a Starz subscription)

Synopsis: After a school bus accident kills 14 kids, a small town must deal with the repercussions.

Canadian connections: The movie is set in B.C. (and was shot there and in Ontario), was written and directed by Victoria, B.C.-raised Atom Egoyan (Chloe) and Toronto’s Sarah Polley (Alias Grace) and Rouyn-Noranda, Quebec’s Bruce Greenwood (Thirteen Days) star alongside late English actor Ian Holm (The Lord of the Rings).

Where to stream: Criterion Channel, CBC Gem (free with ads)

Synopsis: A Chinese-Canadian teen suddenly turns into a red panda, forcing her to balance transformations with school and her relationships with her friends and mother.

Canadian connections: While this is a Pixar film, it’s pretty Canadian through and through. Co-writer/director Domee Shi (“Bao”) drew heavily from her own experiences growing up in Toronto, and the Toronto-set film features many Canadian easter eggs as a result. Further, Ottawa’s Sandra Oh (Killing Eve) voices protagonist Mei’s (American Rosalie Chiang) mother, while Mississauga, Ontario’s Maitreyi Ramakrishnan (Never Have I Ever) plays Mei’s friend Priya.

Where to stream: Disney+

Of course, there are many more Canadian films, including the iconic Little Italy. To help narrow these down, Reel Canada, which organizes National Canadian Film Day, has its own list of Canadian films by streaming service.

Further, the organization has partnered with imagineNATIVE Film and Media Arts Festival on this year’s ‘Spotlight Films‘, which are all Indigenous-made cinema. These include the aforementioned Night Raiders, as well as Blood Quantum (Crave), Beans (Crave) and Foster Child (free on the National Film Board site).

What are your favourite Canadian movies? Let us know in the comments.