Apple’s AirTag: The good, the bad, and the Apple logo

Apple’s AirTags aren’t all bad, but they aren’t perfect either 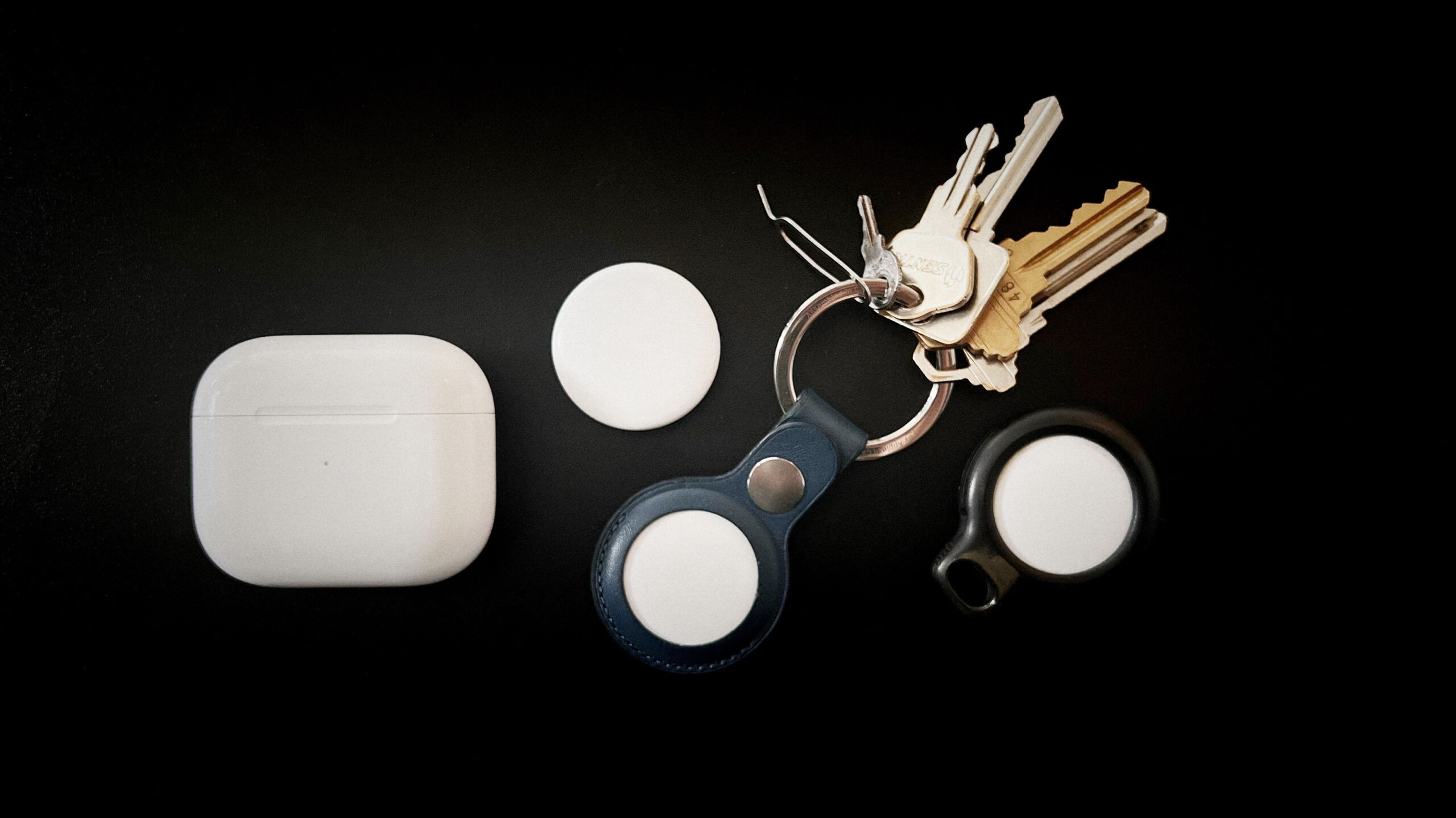 Apple’s AirTag has been making local and national news a lot over the past year. The California tech giant released the small plastic object tracker on April 30th, 2021, to great fanfare. The loonie-sized Bluetooth trackers are relatively inexpensive at only $39 and take advantage of Apple’s vast ‘Find My’ network.

Nerds like me were thrilled to get a small tracker for our keys and bags that were a fashionable alternative to Tile’s offerings. However, due to AirTag’s ease of use, accessibility, and cheapness, terrible people started using AirTag to track partners, stalk celebrities, and steal cars.

Yet, when these headlines were on my Twitter feed, I used AirTag to ping my keys and locate my misplaced AirPods. Recent news coverage of Apple’s AirTag has been overwhelmingly negative, and that’s fair. These devices are creating tremendous fear over privacy concerns. But at the same time, AirTags have also brought great utility to people’s lives.

So, here’s a look at the good side, the bad side, and the ecstatic side of Apple’s AirTag Bluetooth tracker:

What is Find My Network? 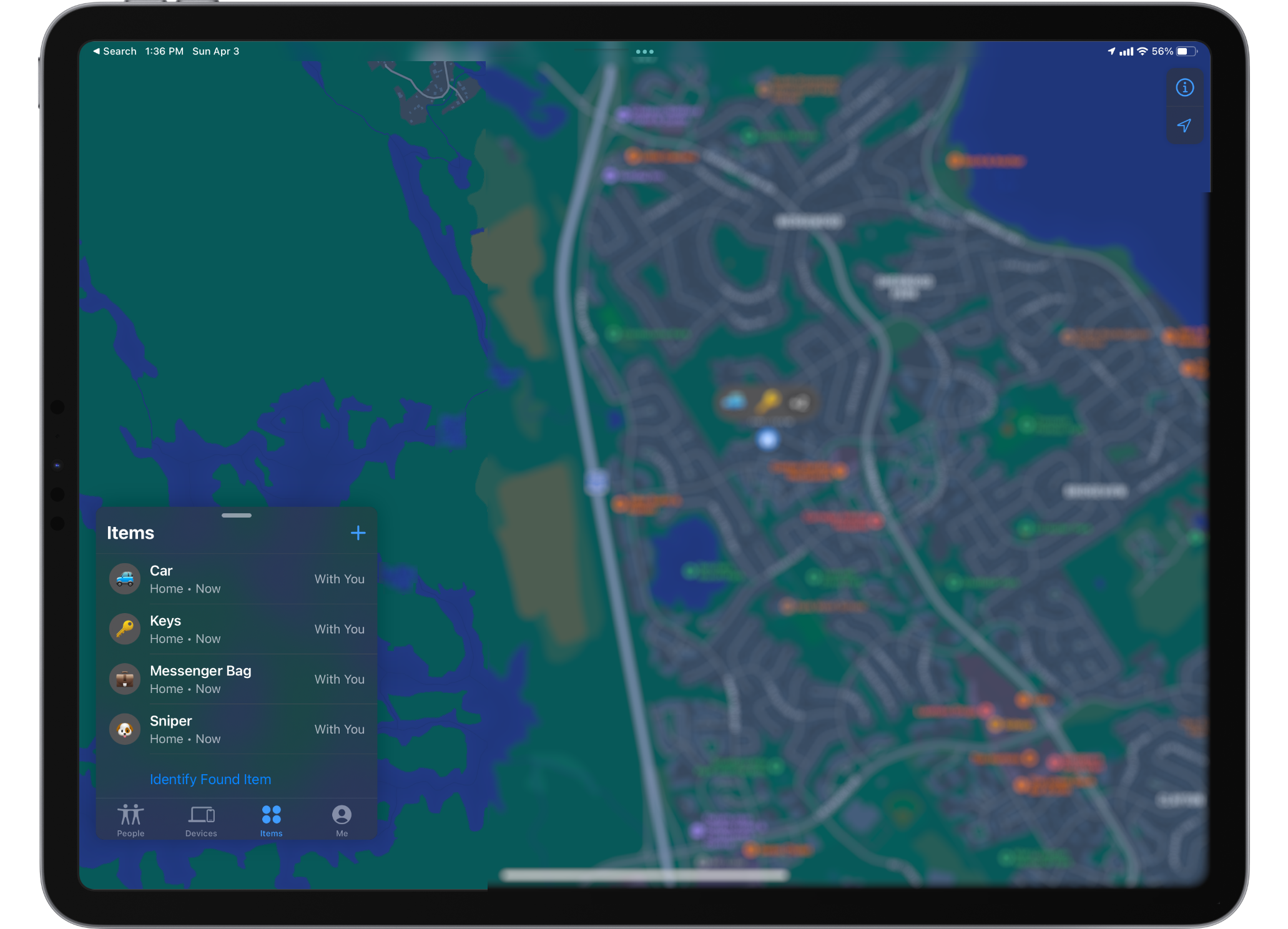 Before we dive too far into AirTag, it helps to understand what Apple’s Find My network is. Apple has hundreds of millions of devices in the wild that can transmit low-frequency encrypted Bluetooth signals. These Bluetooth pings are entirely anonymous.

Piggy-backing on the receiving Apple device, a Find My accessory can report its location. Because of the sheer number of Apple devices, Apple has created a unique item tracking network that doesn’t involve GPS.

Participating in the Find My network lets you find devices like an iPhone, iPad, or Mac if they aren’t connected to Wi-Fi or cellular data. The connection is entirely secure, end-to-end encrypted, and anonymous.

However, if you’d like to opt out of participating in the Find My network, you can do so on your iPhone or iPad by: 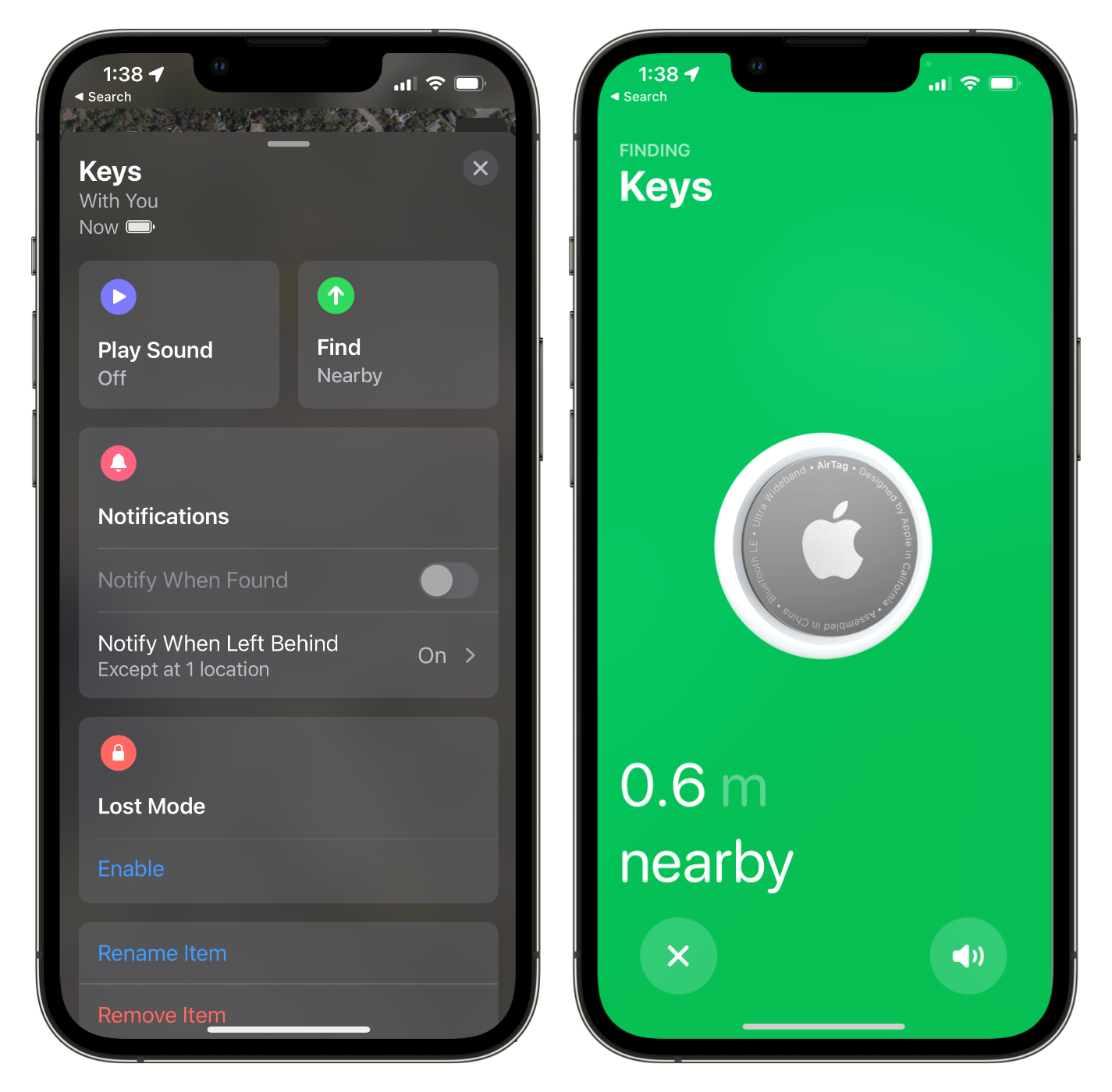 The first-day AirTag was released, I went down to my local Apple Store and grabbed a four-pack. I had no idea what I’d use them all for, but I had to try them nonetheless as an Apple fan. For quite a while, I didn’t use them all that much. Due to COVID, I wasn’t going far.

However, as things have improved in Nova Scotia, I started to venture out a little more. Over the past month or two, I’ve really started to find the value AirTag brings to my life: reduced anxiety when I misplace something. Apple’s AirTag does this in a few different ways.

First, there are “Left Behind” alerts. Anytime I leave home with a Find My supported device or accessory like my iPhone, iPad, MacBook, AirTag, or 3rd generation AirPods these devices become bound to my iPhone and Apple Watch. So if I leave these items behind, I get a notification. This actually saved me over the holidays. I was visiting family, and I got about two minutes away when I received an alert that I had left my messenger bag there. The AirTag I kept in that bag saved me another hour of driving.

Second, there is the ability to play a sound from your AirTag through a built-in speaker. Pressing “Play Sound” in the Find My app will have the AirTag play an audible chirp. This has come in handy when I’ve misplaced my keys. 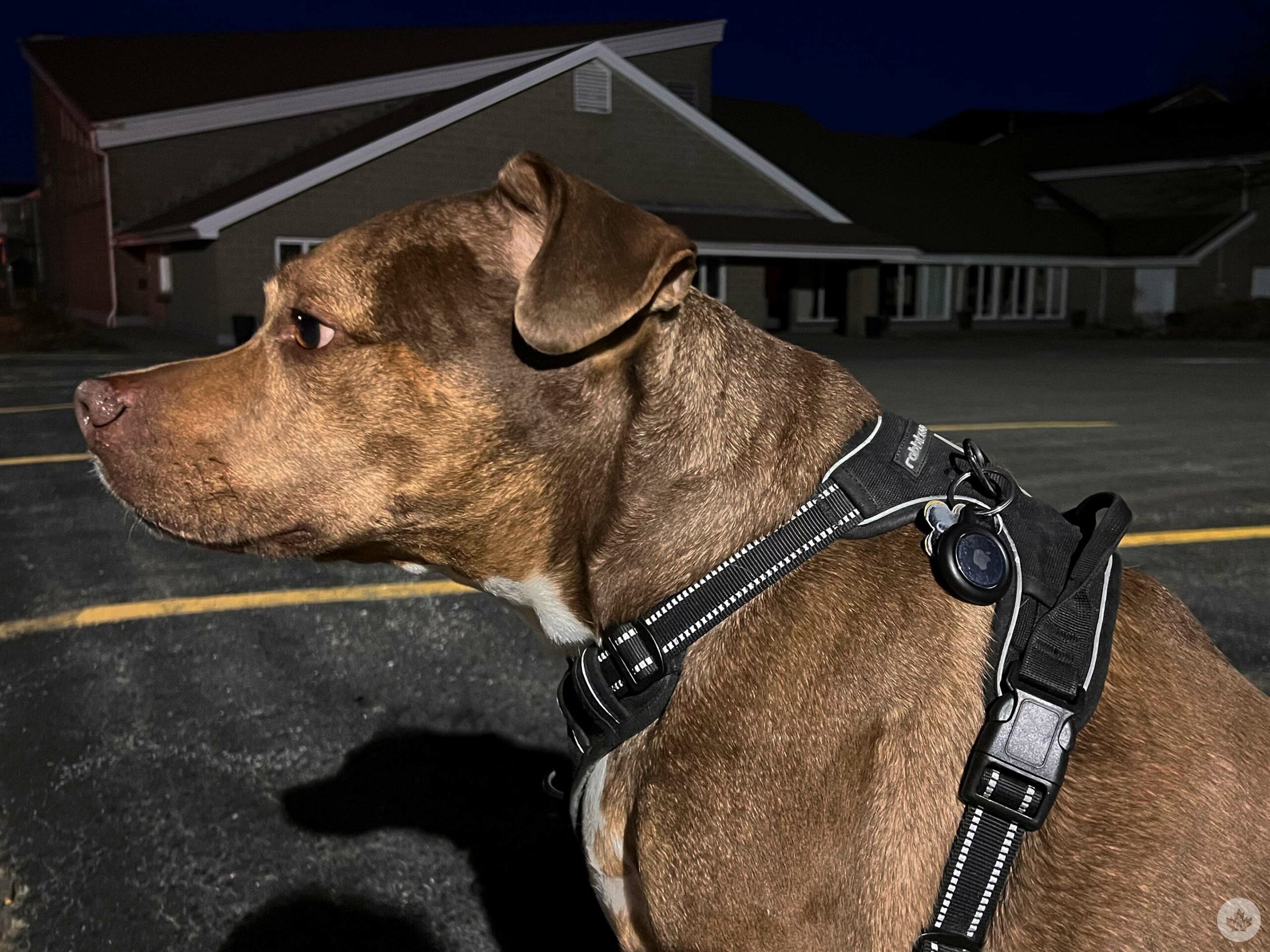 Precision Finding takes advantage of the U1 chip inside select Apple devices such as the 3rd generation AirPods, iPhone 11, iPhone 12, iPhone 13, and AirTag. It uses your phone (iPhone 11 or newer) to get directions and near the location of an item, within around 3 meters. I’ve recently been cat-sitting two cats who enjoy playing with my AirPods case. Precision Finding has helped me find my AirPods every time they go missing.

I’ve put an AirTag on my keys and in my messenger bag. I’ll be putting them in my luggage for sure when I travel. My more unique use for AirTag is that I’ve attached one to my dog. So if my dog ever gets away from me, an AirTag gives me the best chance of finding him through the Find My network, precision finding, or sound. Other Apple devices can also use the Find My app to get a phone number or email to contact the owner of a lost AirTag. 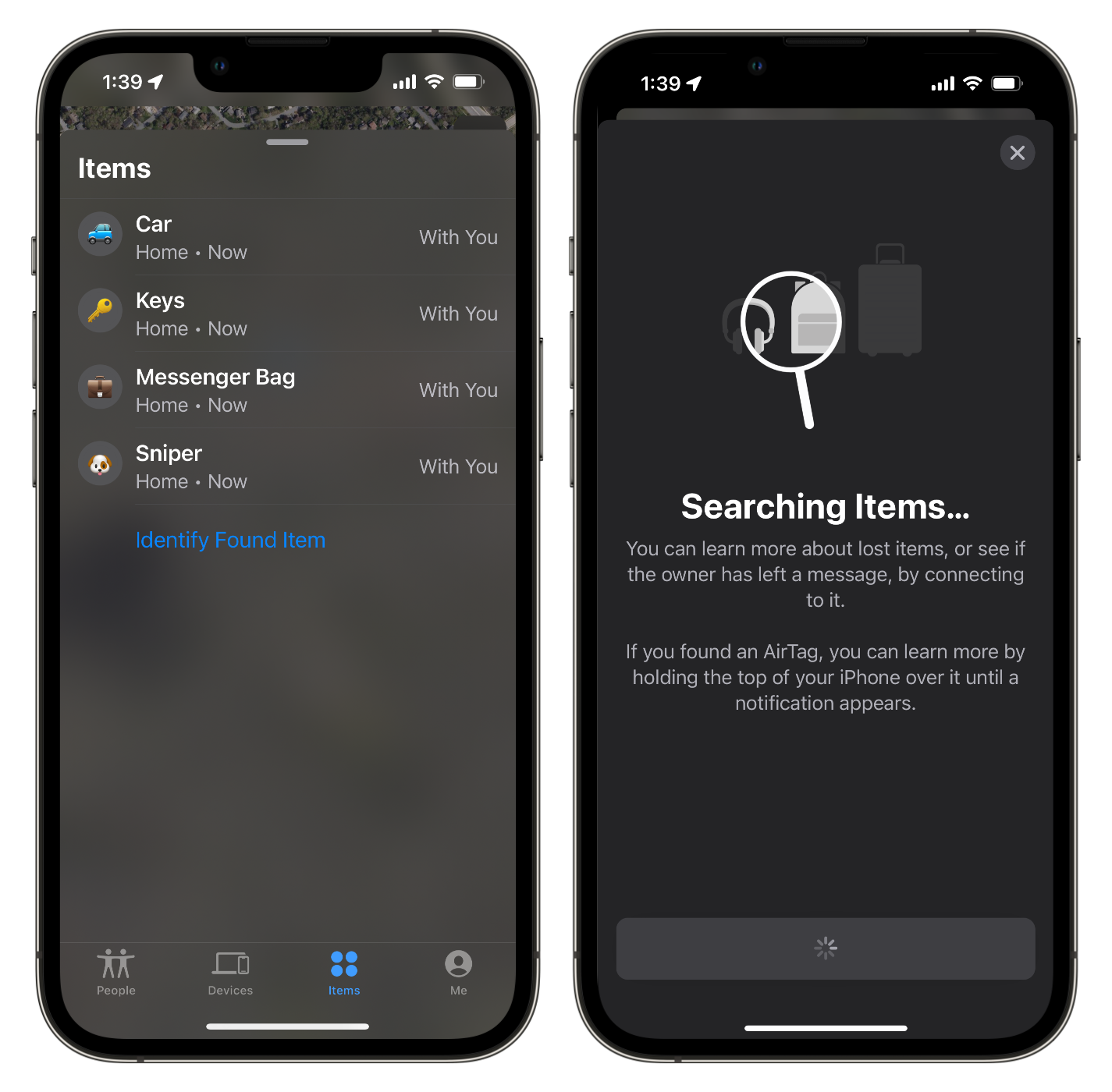 AirTag has come under a lot of criticism since its release. Stories covering stalking, car theft, and AirTag having their speakers disabled have become fairly regular. To some, these stories may seem too frequent. Still, we must continue to give these issues attention so that Apple addresses these concerns.

Over the past year, Apple has made some adjustments to help deal with the privacy concerns surrounding AirTag, particularly unwanted tracking. The first thing to note is that Apple does not recommend that AirTag be used for theft prevention. Instead, they’re meant to be used when you’ve misplaced an item.

First, if a Find My accessory is found following someone who isn’t its owner, they will receive a notification on their iPhone. The Find My app will even show a map of when the AirTag first began travelling with the user. When an AirTag is detected, a person can have the AirTag play a sound and get instructions on how to disable the AirTag from reporting its location.

If the user uses an Android device, they can install this app from the Google Play Store to scan for AirTag. Unfortunately, this app does not work in the background like iOS devices. Instead, it requires a user to manually start a scan. With that said, Android devices also don’t participate in the Find My network, limiting AirTag’s effectiveness in tracking an Android user. 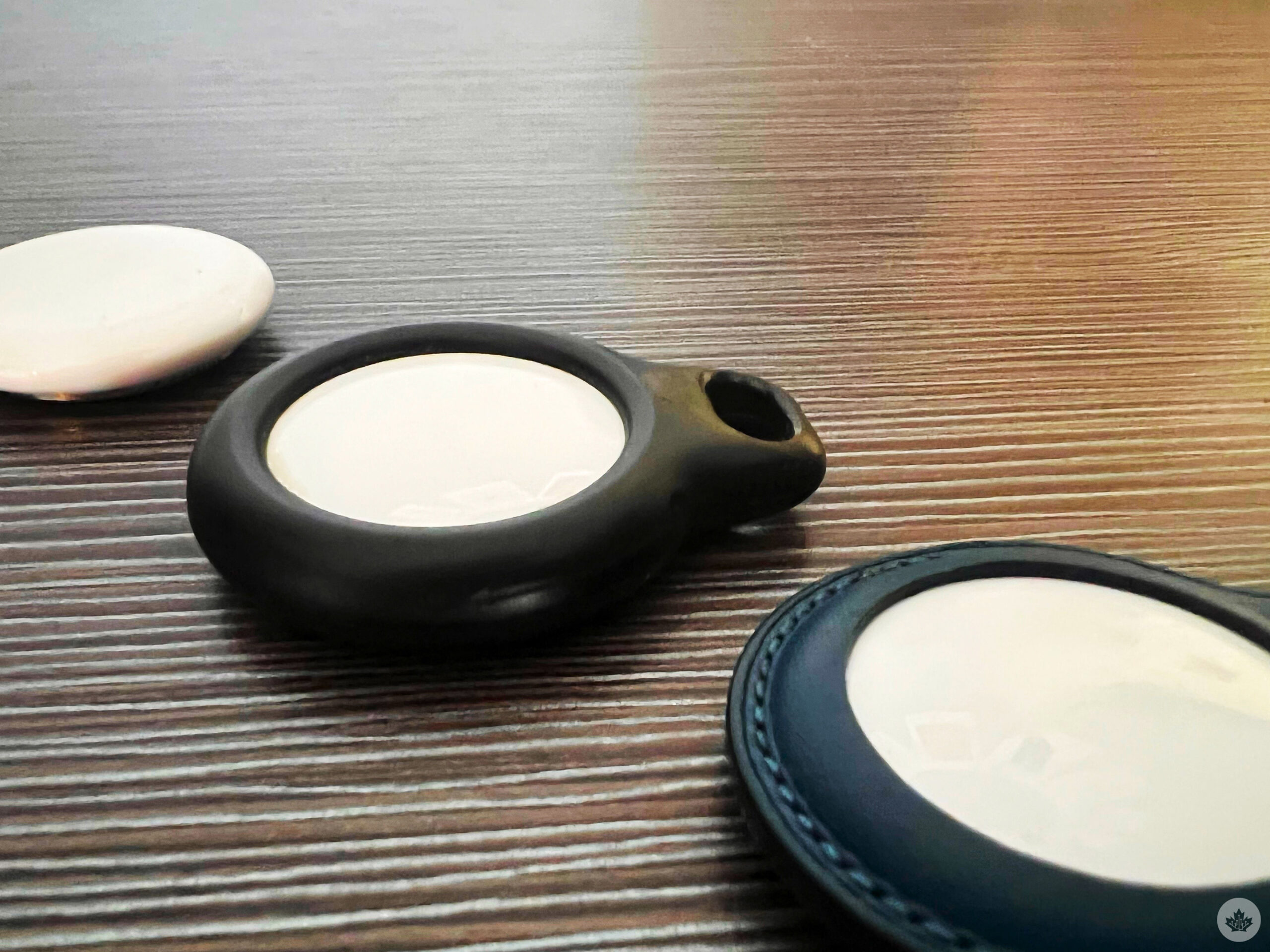 Second, suppose an AirTag is away from its owner for an undisclosed amount of time. In that case, it will begin to play an auditable sound trying to alert people of its presence.

For more information on what to do to protect yourself from AirTag, I recommend reading this article from Apple or listening to this episode of the Mac Checklist podcast.

Apple’s AirTag is a small metal and plastic disk about the size of a loonie. They use a CR2032 lithium 3V coin battery for about 1-year of use. Although, out of my four AirTags, only one needed to be replaced after a year.

AirTags are $39 each or $129 for a four-pack from Apple. When ordering from Apple’s website, you can get free engraving to have your initials or select emojis printed onto the AirTag. Each AirTag has its own unique serial number and has a 1-year warranty provided by Apple.

Perhaps the most considerable ecstatic criticism of AirTag is that it cannot clip onto anything without a separate accessory. You can simply throw the AirTag in a pocket in situations like bags or luggage. Otherwise, Apple sells several AirTag accessory options ranging from $15.95 to $49. Of course, you can always visit Amazon, Best Buy, or another retailer for more options.