I wish we got more games like Stranger of Paradise: Final Fantasy Origin

Team Ninja's latest effort is undeniably flawed, but it's also a bold and surprisingly poignant way of celebrating one of the most important series in gaming

For a while, one of 2021’s biggest gaming laughing stocks was Stranger of Paradise: Final Fantasy Origin, and it’s not hard to see why.

The visuals looked awful, the dialogue seemed like it was written by an über-edgy teenager and the characters’ Hot Topic-esque designs were ridiculous, to name but a few common talking points. The memes, largely focused on protagonist Jack’s obsession with killing the demon known as Chaos, were also plentiful.

All of that, coupled with a final trailer that bafflingly featured Frank Sinatra’s “My Way,” led gamers to assume this had to be a “so-good-it’s-bad” sort of experience. As for me? Well, as someone whose all-time favourite gaming series is Final Fantasy, I really didn’t know what to think outside of awkwardly laughing at the trailers.

Having finally beaten the game, though, I’ve come away downright obsessed with it. To be clear: all of the aforementioned issues, plus several more that I’ll get into, are heavily prevalent in the final product. I wouldn’t ever say that Strange of Paradise is by any means a great game. However, it is, undoubtedly, a fascinating one.

I’m only good at being bad, bad

In case you’re unfamiliar, Stranger of Paradise is an action-RPG by Team Ninja, the developer of Ninja Gaiden and Nioh. Notably, it’s actually set in the world of the original Final Fantasy from 1987 follows a group of warriors who set out to stop the villainous Chaos. On top of that, Square Enix has been very clear going into the game about who Jack, surname Garland, really is: the villain of the original Final Fantasy. 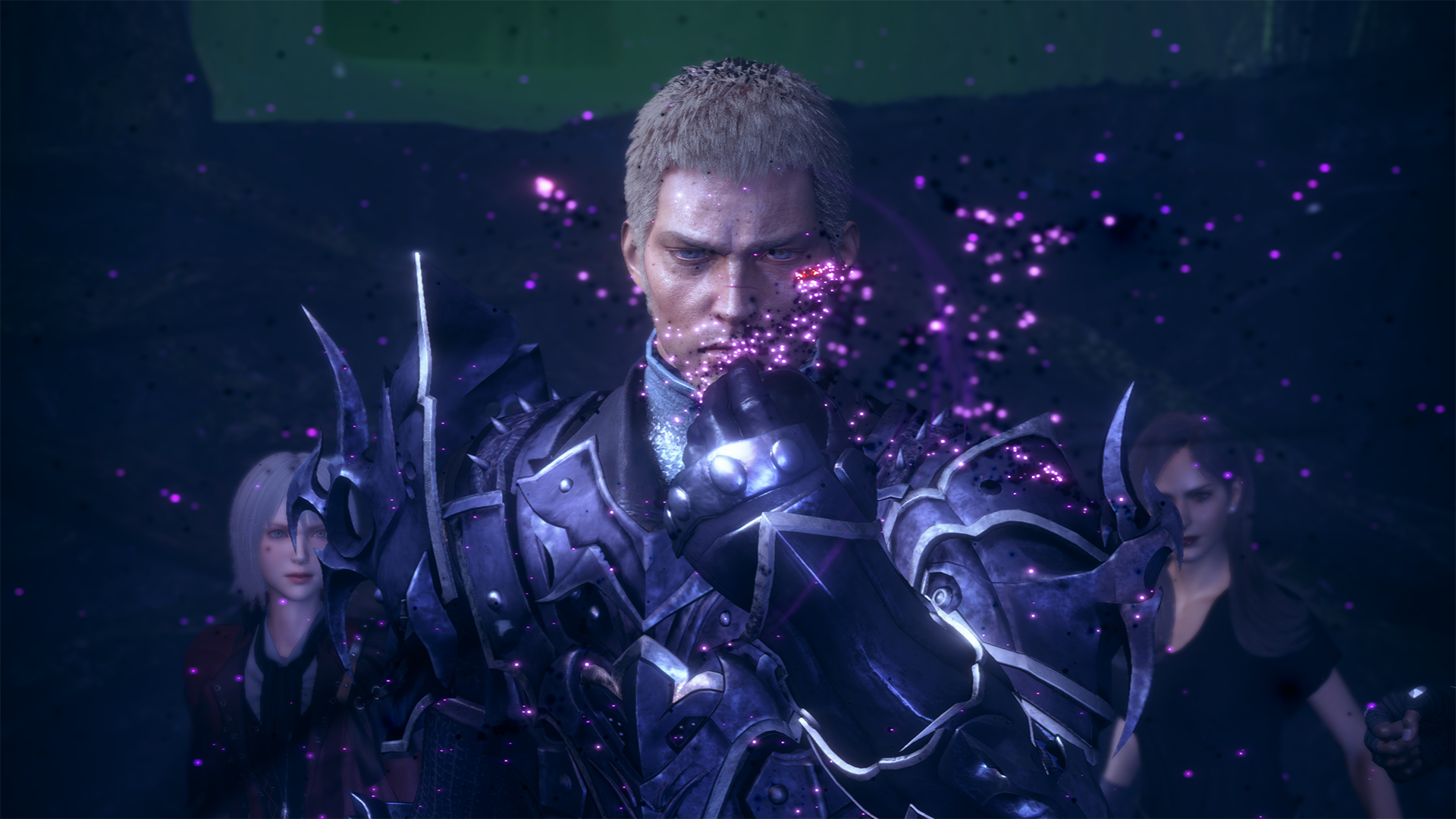 After all, Garland was a villain who maybe had five lines in the original Final Fantasy, which, as a whole, had a rather barebones narrative. To take that same generic antagonist and lean into the wild time travel plot elements to give him a full-blown, complex backstory for him 35 years later? It’s nuts, and I love the game for that. Yes, there are still unintentionally hilarious moments like Jack listening to Limp Bizkit or interrupting a long-winded monologue to shout “I don’t give a f*** who you are!” Without question, there’s some hard tonal whiplash in this game, brought on in no small part due to a fair share of clunky dialogue. The pacing also feels off, with large stretches focused more on monster-slaying than story development.

But looking past all that, Stranger of Paradise has also got a surprising amount of heart. There’s an undeniable layer of tragedy to Jack once you learn more about him, and it proves to be genuinely compelling. The relationships between his comrades, particularly the Dark Elf Astos (another minor character from the original FF), also unravel in some shockingly emotional ways. And the final few hours, in particular, somehow bring everything together in a largely cohesive and satisfying way. So many stories — in gaming or otherwise — are about the hero, so I adore getting a thorough, albeit uneven, exploration of a villain’s journey.

A love letter to the past 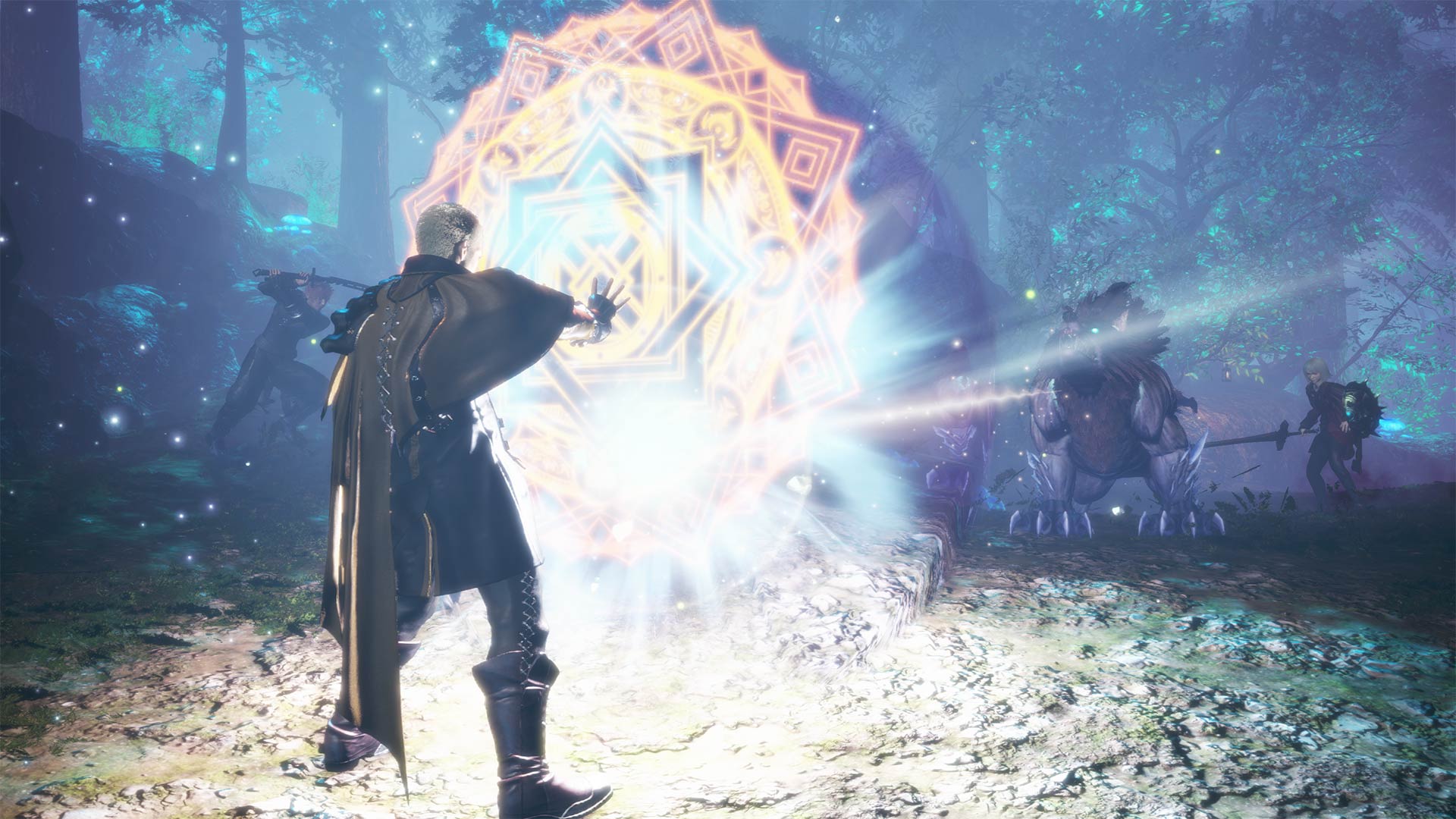 On top of recontextualizing one of the most important games in history, Stranger of Paradise pays tribute to the long-running series that sprung out from it. The coolest way it does this is through 27 different playable jobs pulled from several Final Fantasy games, as well as a few new ones. This means that on top of classics like the sword-based Warrior, restorative magic-focused White Mage or offensive spells-centric Black Mage, you can assume the role of a Samurai, Dragoon and Paladin.

On a visual level, it’s neat to have such stylistically different classes available, but Team Ninja has also done a stellar job in fleshing out their respective abilities to keep gameplay fresh. While there’s some overlap between jobs and their more advanced counterparts (like “Sage” being an amalgamation of White Mage and Black Mage), the majority each have their own satisfying feel. As a Dragoon, my melee attacks become slower in exchange for more range, including the ever-slick ‘Jump’ ability to launch myself towards an enemy. The Samurai, meanwhile, is all about up-close-and-personal sword combos. There are even some tantalizing “gimmick” jobs, like the new Breaker (uses the “Zantestsuken” move from classic FF summon Odin to potentially one-shot enemies) or Dark Knight (deals significantly more damage when HP is low). You can only ever have two jobs equipped at a given point, which constantly encourages you to experiment for delightfully fun combinations. 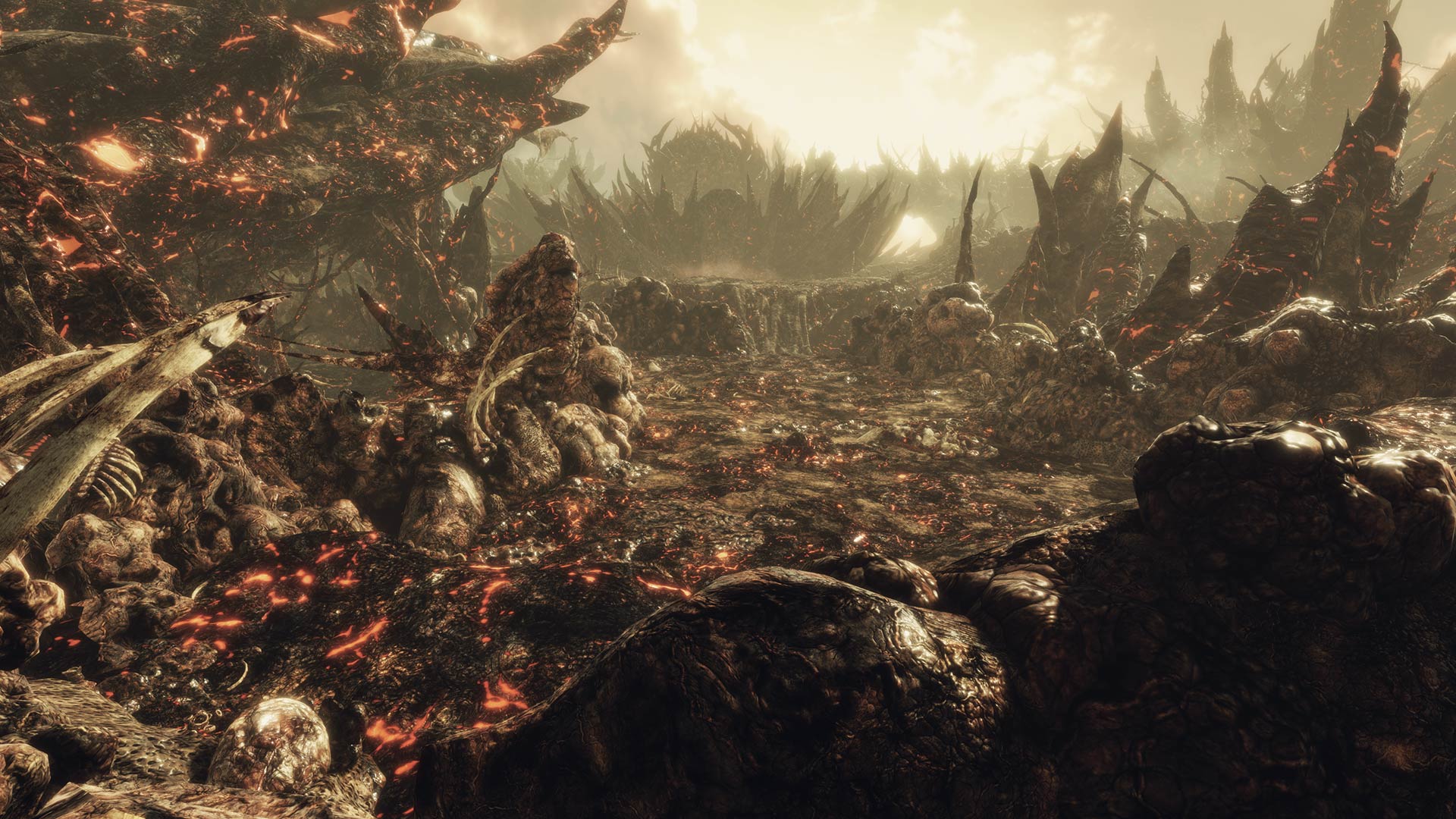 As a nice touch, Team Ninja also draws from all 15 mainline Final Fantasy games for Stranger of Paradise‘s stages. This includes a floating landmass inspired by Final Fantasy VI‘s Floating Continent, a factory akin to Final Fantasy VII‘s Mako Reactors and a jungle based on Final Fantasy IX‘s Evil Forest. What’s more, remixes of FF tunes from previous games — many originally composed by the legendary Nobuo Uematsu — can be heard throughout. Admittedly, this is all hindered somewhat by Team Ninja’s notoriously bad level design, with Stranger of Paradise featuring remarkably bland and uninspired areas that feel ripped from a PS2 game. Still, I dig the fan service, especially when it’s done in such a neat way; running through some of the “greatest hits” of a series I hold dear offered a lovely dose of nostalgia.

A breath of fresh air

Stranger of Paradise is quite the beguiling game.

On the one hand, all of the internet chatter was completely justified — the game is an occasionally cringe-worthy and often ugly affair. But it’s also got a deceptive amount of heart — both in the tragic story it ultimately tells, and the reverence it shows for what came before it. In an industry that often doesn’t meaningfully honour its own history, I can’t help but appreciate something like Stranger of Paradise. It’s an experiment that’s equal parts bizarre, hilarious, frustrating and bold, but it’s rarely dull, and I wish more companies would take such wild swings with their own iconic properties.

For context, a big reason I gravitated towards RPGs like Final Fantasy as I got older is that the ones I grew up with, Pokémon, remained frustratingly stuck in the past. It was only this year that we got an actually meaningful spin on that formula with Pokémon Legends: Arceus. Final Fantasy, by contrast, has constantly evolved with its mainline entries, and expanded into new genres with spin-offs like Stranger of Paradise. Hell, in the last six months alone, we’ve gotten that (an action-RPG), Chocobo GP (a racing game) and Final Fantasy VII: The First Soldier (a mobile battle royale). While all have their own respective flaws, their variety at least keeps things interesting as we wait for Final Fantasy XVI.

Now, I’m not saying that every franchise should follow Stranger of Paradise to a tee, but that broader willingness to take a chance on a crazy concept is undeniably appealing. While I liked Far Cry 6 a fair bit, the game’s small-scale, roguelike-inspired DLC was arguably more interesting for its departure from series conventions. Respawn had the brilliant idea of taking the Dark Souls and Metroidvania frameworks to create Star Wars Jedi: Fallen Order, something we’d never seen from Star Wars. Omega Force made arguably its best non-Dynasty Warriors game ever when it made the action spin-off Persona 5: Strikers. Hell, Square Enix’s own mega-popular Kingdom Hearts came about because of an outlandish Final Fantasy crossover with Disney.

Admittedly, Stranger of Paradise is seemingly not selling well at the moment, so who knows what the future will bring. I sure hope it doesn’t dissuade Square or other companies from making similar sorts of crazy ventures. Because after all, who doesn’t love a little Chaos?