Intel will eventually expand Arc to include desktop and workstation GPUs

Intel revealed its new Arc A-Series GPUs at an event on March 30th. A-Series GPUs will cover laptops, desktops, and workstations, but Intel put the focus on its laptop options to start.

The main two offerings Intel unveiled were the A350M targeting ultra-thin designs and the A370M for more performance in thin-and-light designs. Both of these fall under the ‘Arc 3’ category, with Arc 5 and Arc 7 laptops coming in early summer. The company also shared a teaser video of its upcoming desktop GPU expected this summer.

Intel says Arc 3 graphics will offer enhanced 1080p gaming and content creation. For A370M specifically, Intel says it can deliver more than 60 frames per second (fps) at 1080p on “a range of popular titles.”

Moreover, Intel says many of the first laptops with Arc graphics will be Intel Evo designs. Evo, for those unfamiliar, is a certification program of sorts — laptops marked as ‘Evo’ meet various performance and hardware criteria set out by Intel, such as being lightweight and offering great battery life.

Intel’s new discrete GPUs bring support for Direct X 12 and dedicated ray-tracing hardware, but the first batch announced by Intel only offer around twice the power of the company’s integrated Xe graphics.

Still, this is the first of many GPUs, and it’s likely that Arc 5 and 7 hardware — which will offer more graphics cores, ray-tracing units, memory, and power — will be more appealing to high-end gamers when they arrive this summer. 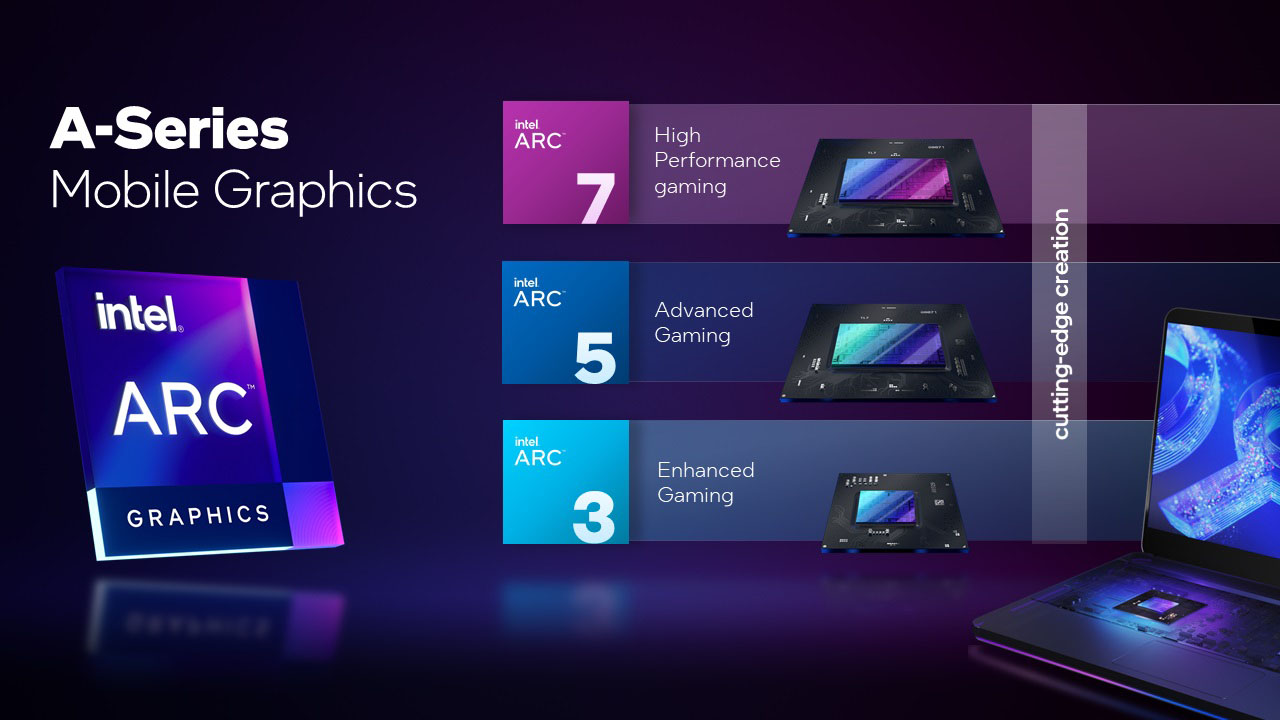 Intel also showed off its artificial intelligence (AI) ‘XeSS’ super-sampling system that can upscale games to higher resolutions on the fly. Unfortunately, it’s not available yet but will arrive in early summer. Moreover, based on what Intel has said, it seems like XeSS will rely on developers supporting the tech for best results.

Further, as The Verge points out, Intel largely avoided comparing its Arc offerings to hardware from other companies, namely AMD, Nvidia, and Apple. As such, we’ll need to wait on tests from reviewers to see how these products stack up to the competition. 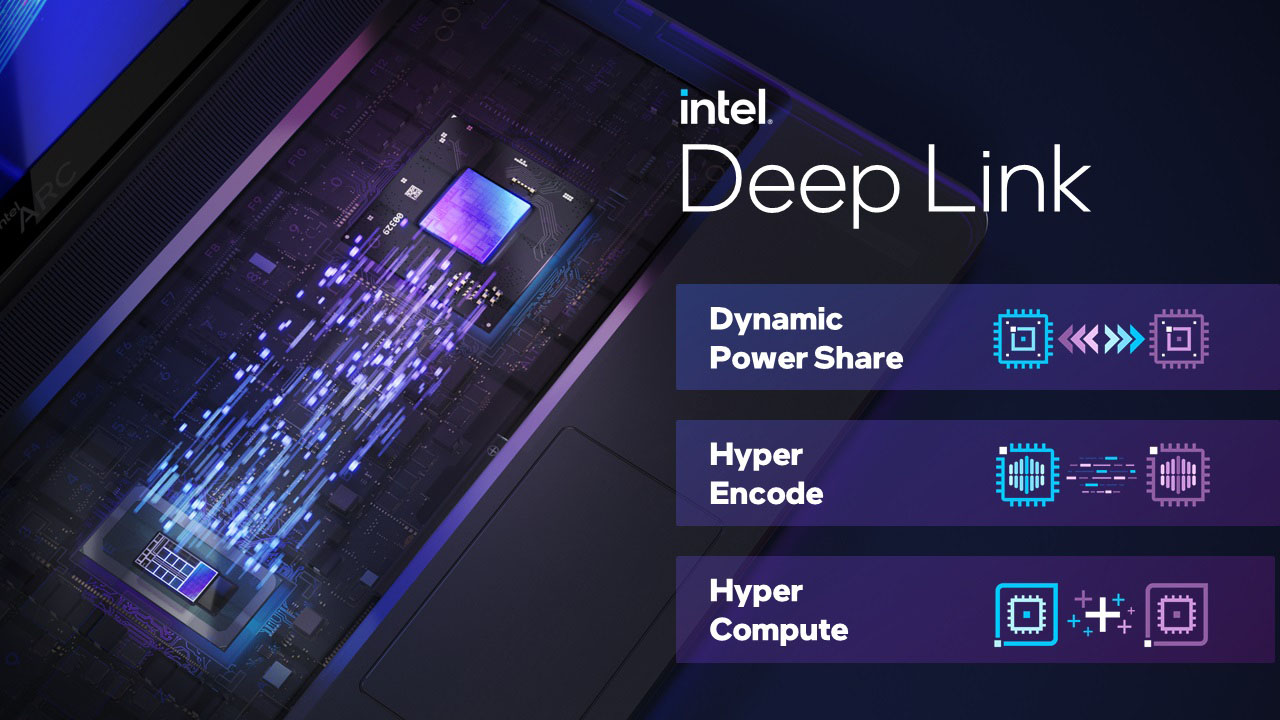 Still, it seems like some of Intel’s tech will help give it an edge. For example, there’s ‘Deep Link,’ which allows systems sporting both Intel CPUs and GPUs to optimize power-sharing to give hardware the juice it needs to complete a task.

Ultimately, this first showing suggests there’s potential to be excited about, but most people should reserve full judgement for real-world tests and for whatever Intel has up its sleeves for the summer.