Valve’s portable Steam Deck is more repairable than you think 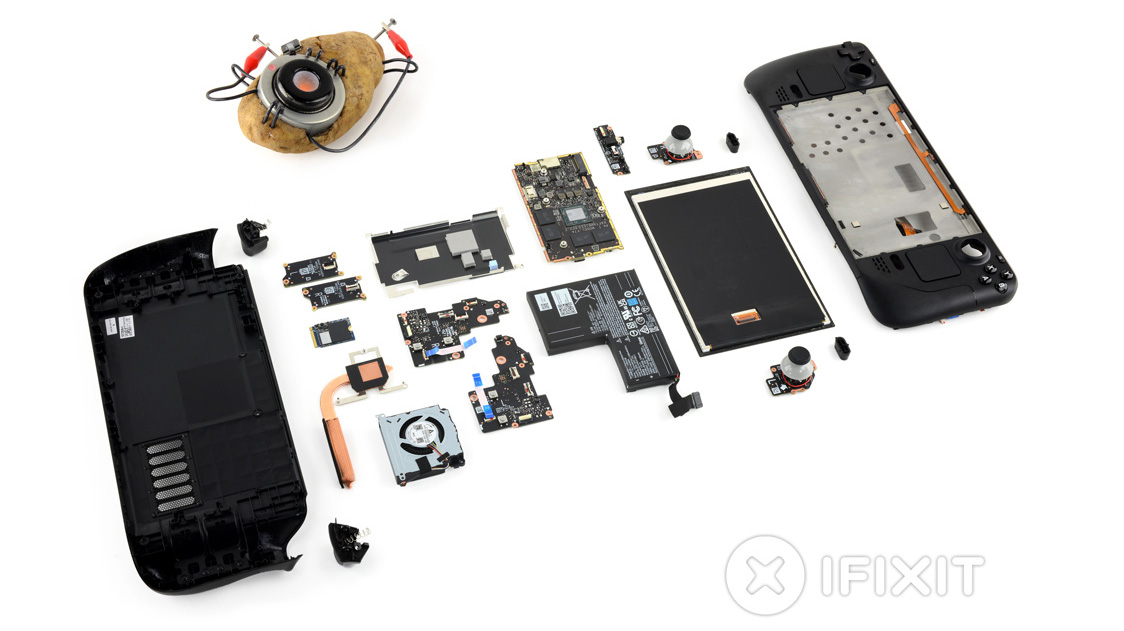 Though Valve initially informed Steam Deck buyers that repairing the handheld console themselves likely isn’t a great idea, that might not entirely be the case.

Teardown experts iFixit dismantled a production Steam Deck to confirm that the portable is actually pretty easy to repair — at least for the most part. The device opens easily, features clear white labels on most major components and is even pretty modular, allowing you to fix or replace components without taking the entire Steam Deck apart.

For example, the SSD can be replaced with one screw, thumbsticks easily pop out and even the display just requires a suction cup and minor heat to remove. That said, iFixit also says that replacing the Steam Deck’s battery is a “rough” process and that its USB-C port/microSD card slot are attached directly to its motherboard.

“But, we also found a lot to like. The opening procedure is simple and straightforward; there’s above-average modularity for most components; and you only need one Phillips screwdriver for all your repairs,” writes iFixit in its blog post regarding the Steam Deck’s repair process. “The storage solution here outclasses a lot of current laptops. Overall the Steam Deck nets a 7 out of 10 on our repairability scale.”

iFixit says that it will sell official Steam Deck replacement parts on its website. Valve’s Steam Deck starts at $449 and is expected to start shipping towards the end of February.

Source: iFixit Via: The Verge