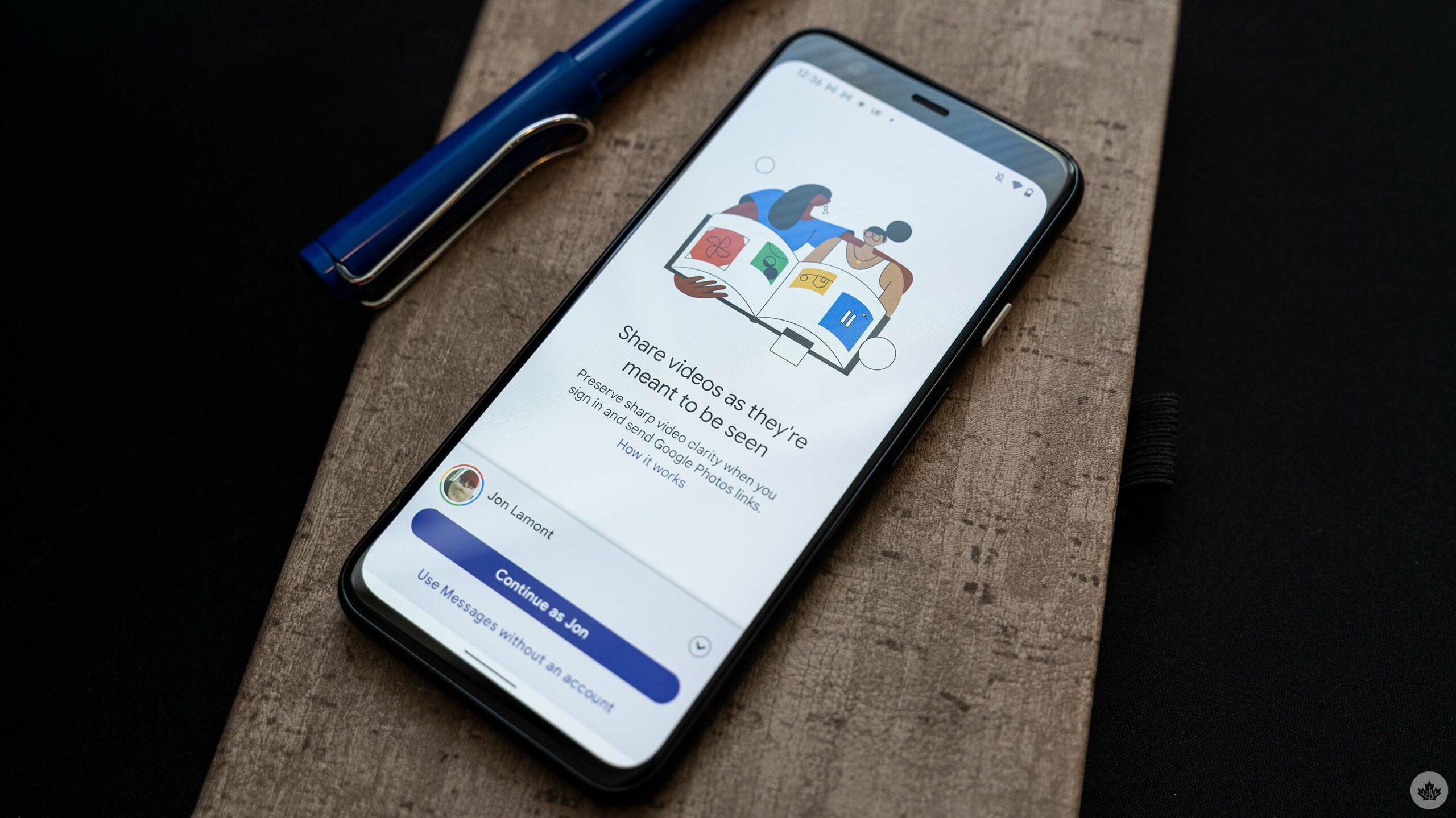 If you’re enrolled in the Google Messages beta, you may soon see a few new updates appear in the Messages app.

As spotted by 9to5Google, people running the latest beta version of Messages (specifically, ‘messages.android_20220128_02_RC00.phone.openbeta_dynamic’) should see a new prompt to “Share videos as they’re meant to be seen.” I was also able to access these features on both a Pixel 4 and Pixel 6 running the Messages beta.

The prompt encourages users to connect their Google account to leverage Google Photos links to share videos and “preserve sharp video clarity.” Tapping the ‘How it works’ text reveals the following message:

“Your Google Account powers features such as Google Photos link sharing in Messages without accessing your conversations. Messages still send from your phone number.”

The text implies that connecting a Google Account powers other features in Messages, but it’s not entirely clear what those are. Finally, at the bottom, there’s an option to continue with your account or use Messages without an account. 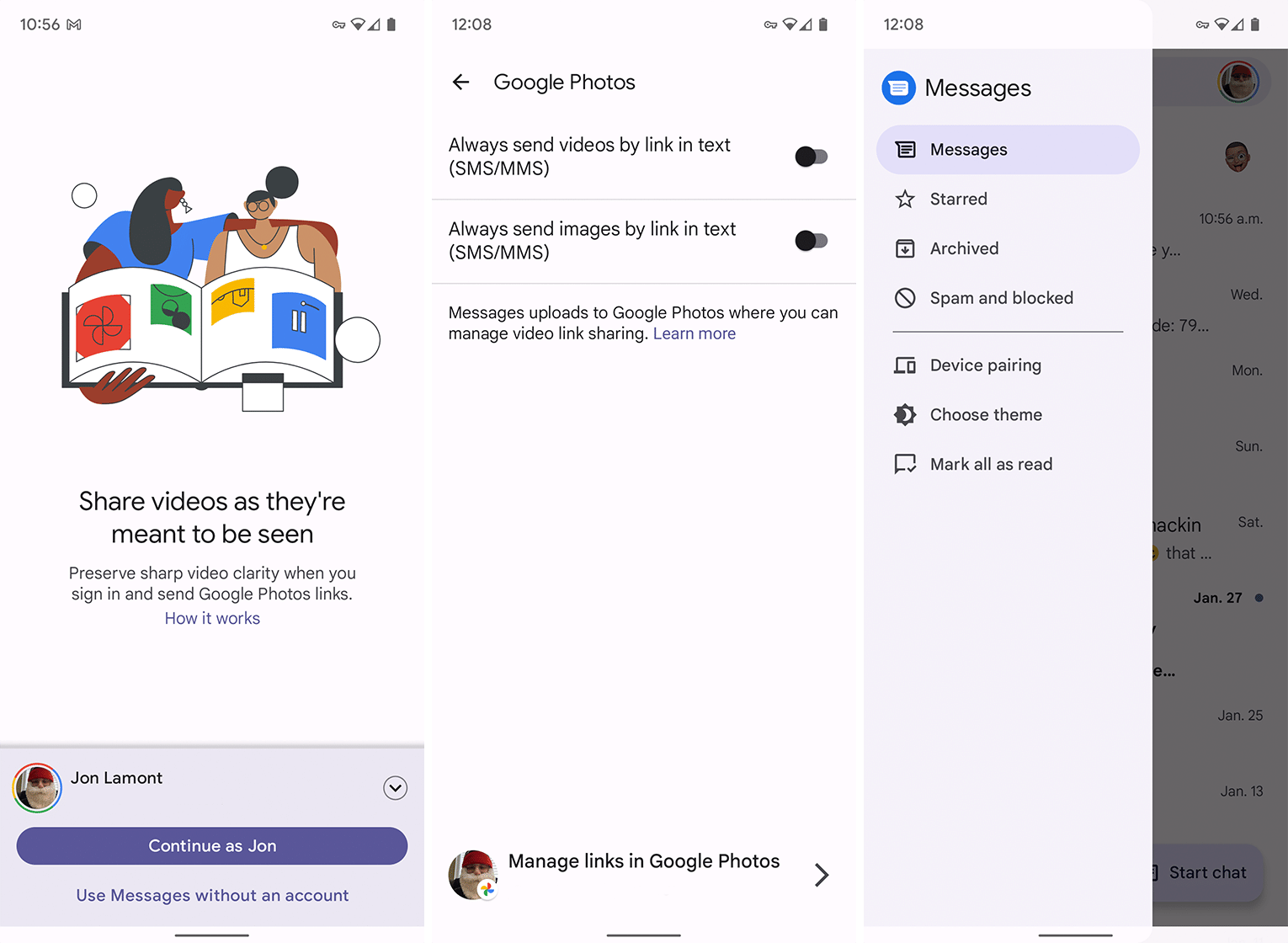 Further, the new Photos link feature adds a new ‘Google Photos’ section in Messages’ settings where users can toggle where to send videos or images via Photos links instead of through the SMS or MMS standard. The settings menu notes that enabling these settings will allow Messages to upload to Google Photos.

My initial impressions are that this change is an overly complex way to fix a long-running problem with SMS and MMS protocols reducing the quality of media sent using the standard. You could always get around that problem by generating a Google Photos link and sending that — this change appears to streamlines that process. However, in my experience using Google Photos links, less tech-savvy users would rather I just send the low-quality image rather than deal with opening Google Photos links.