Google shows off Material You redesign heading to Calendar, Drive and more 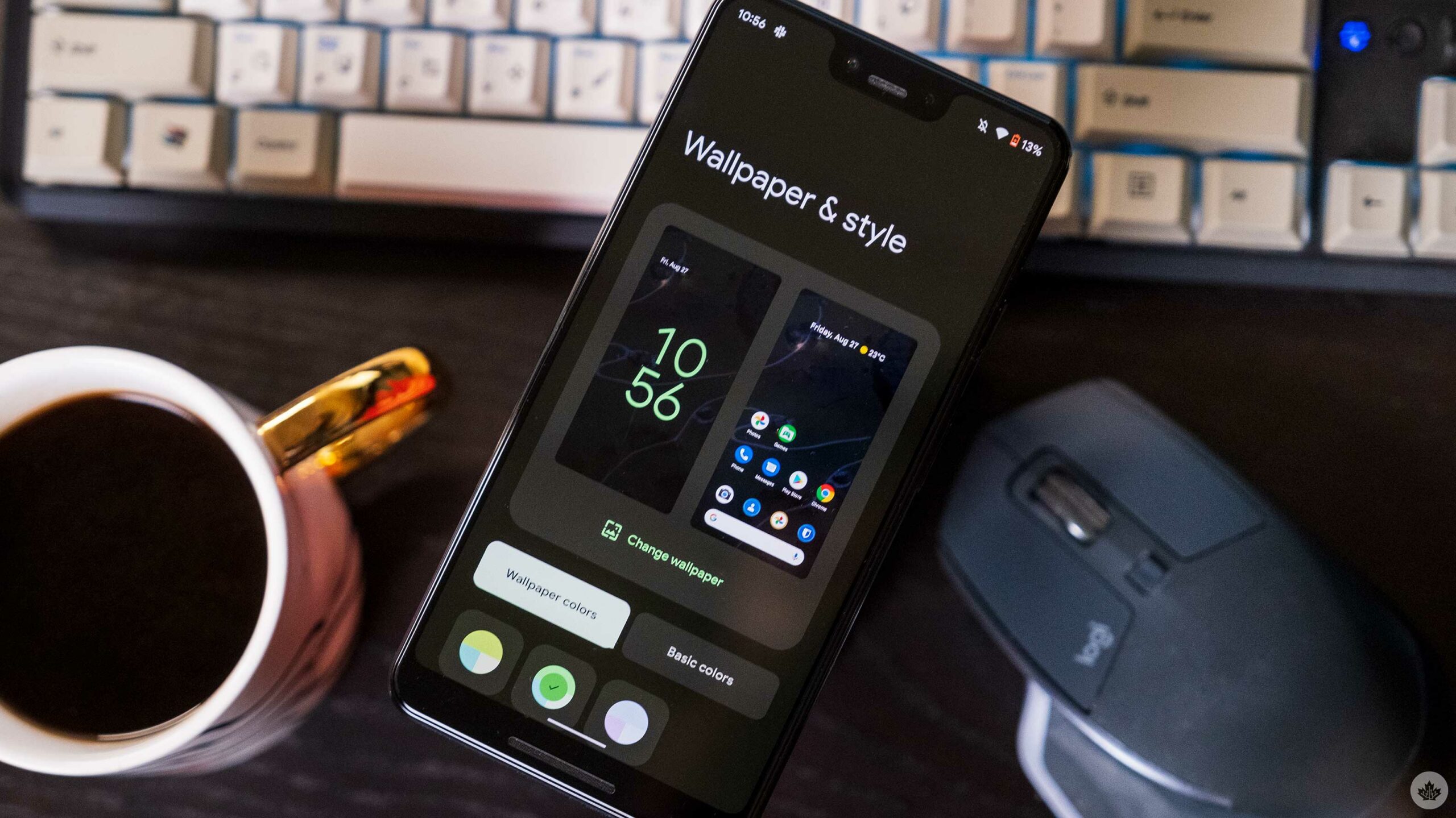 To start, Google confirmed that Gmail would get its Material You redesign with version 2021.08.24 and newer on devices running Android 12 and up (which, right now, should just be phones in the beta program). 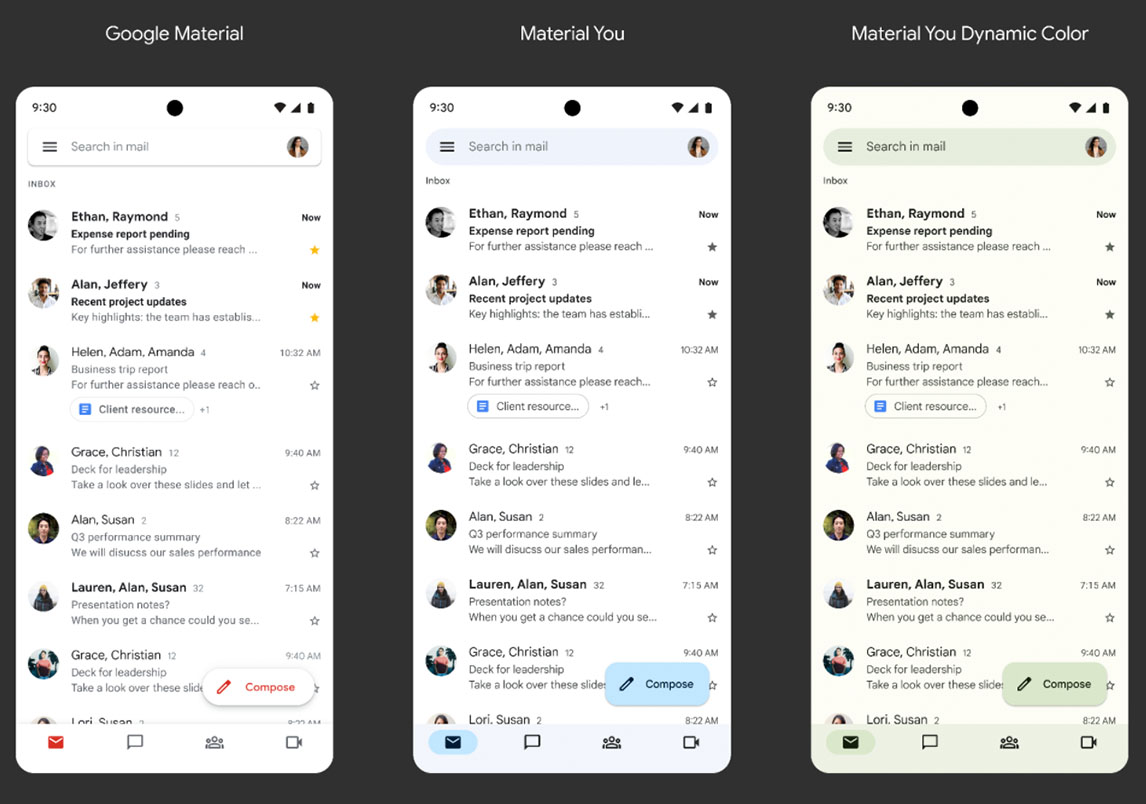 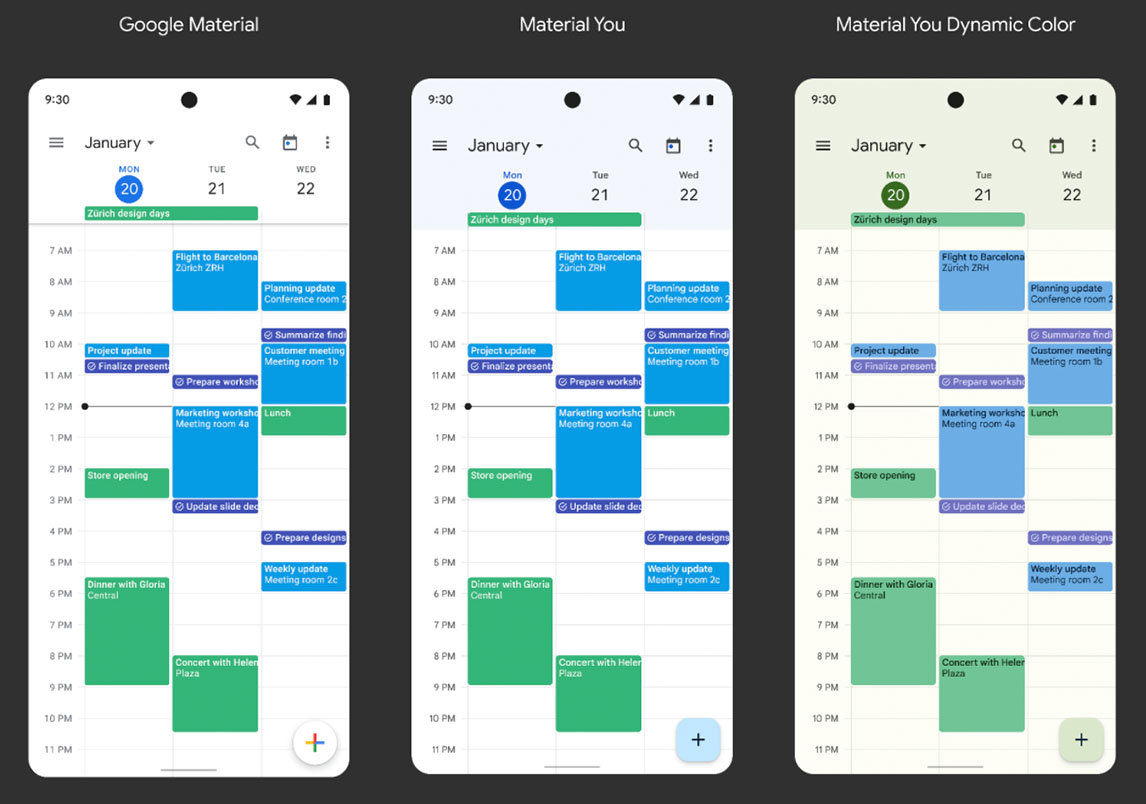 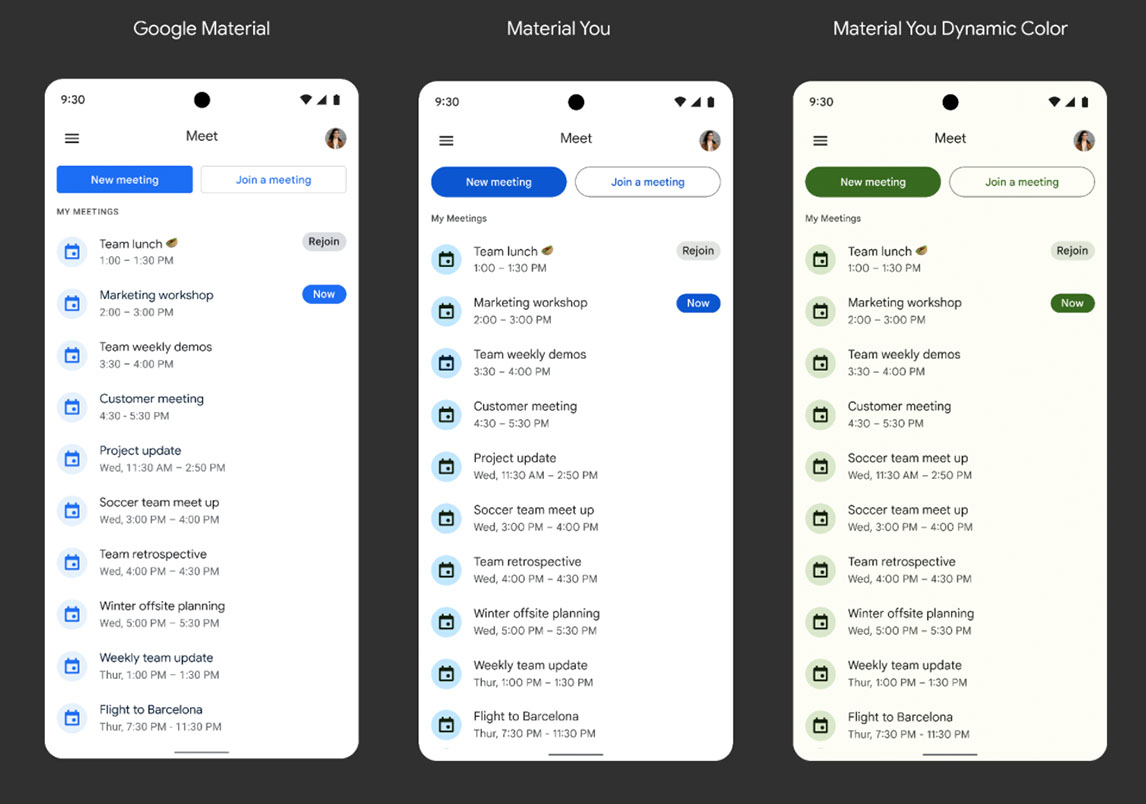 First up, Google calendar is getting a very slight redesign that basically tweaks the look of the header bar and floating action button (FAB) in the bottom-right corner. Google Meet is getting a similarly basic change that really only impacts the shape and colour of buttons. The Google Cal changes will start rolling out on September 20th, while Meet changes will start rolling out on the 19th. 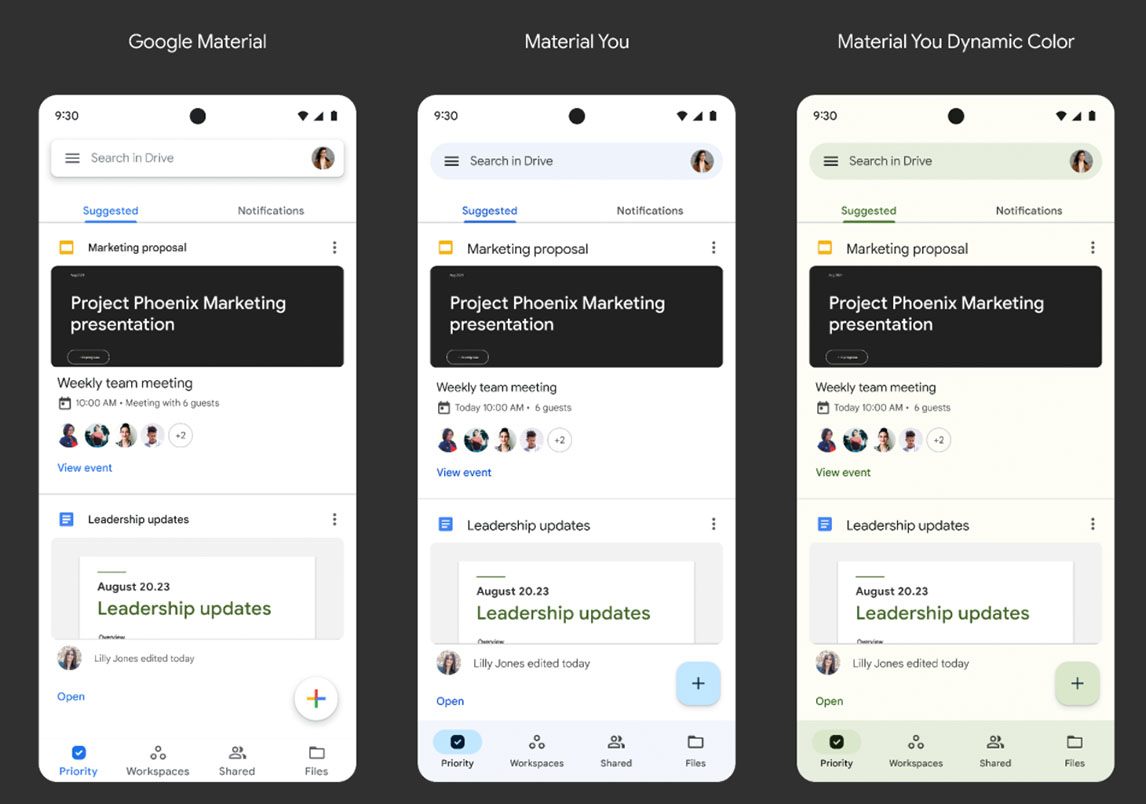 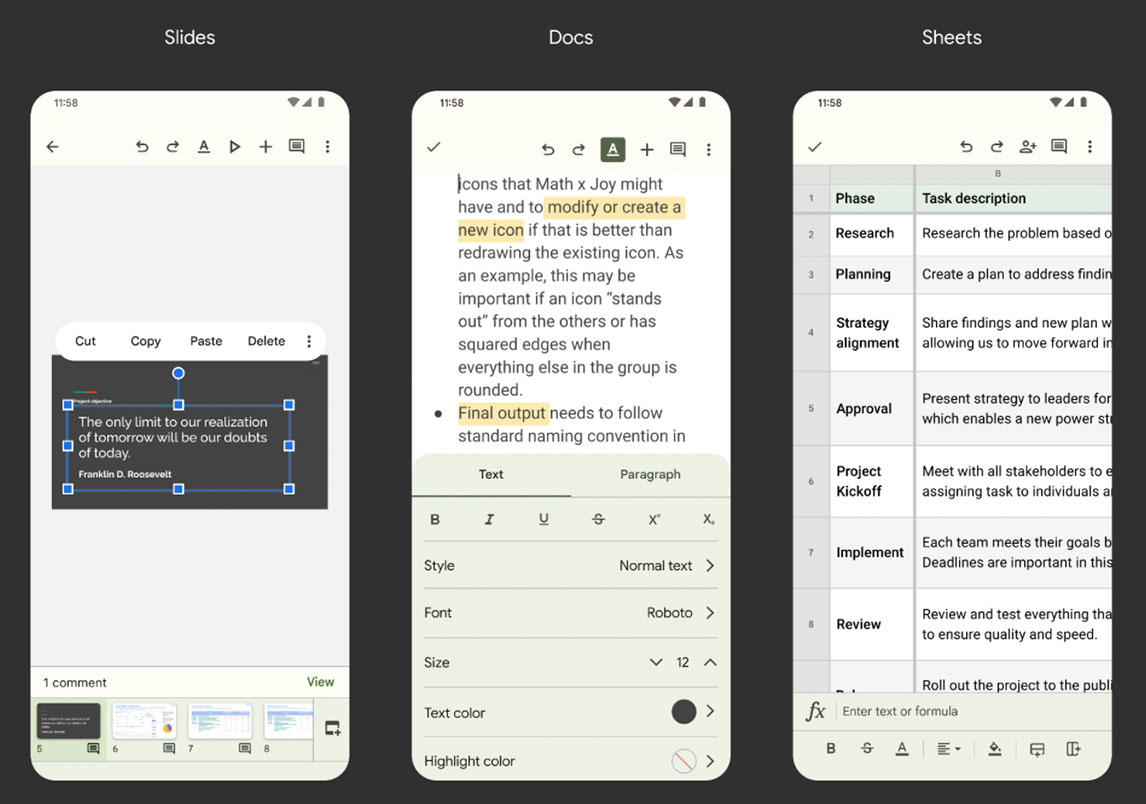 Google Drive and the Slides, Sheets and Docs apps are getting slightly more significant updates. Drive will see the search bar, navigation bar and FAB changed over, while the other three will apply Dynamic Colours to practically everything but the document itself. Google notes that Material You will expand existing accessibility support by automatically adjusting contrast, size and line width based on user preferences. Pre-existing colour schemes, such as colour-coded file types, won’t change.