How to Watch Tyron Woodley vs Jake Paul in Canada

Will Woodley bounce Paul's head off the canvas to end his unbeaten streak, or will Paul go on to boast a 4-0 record? 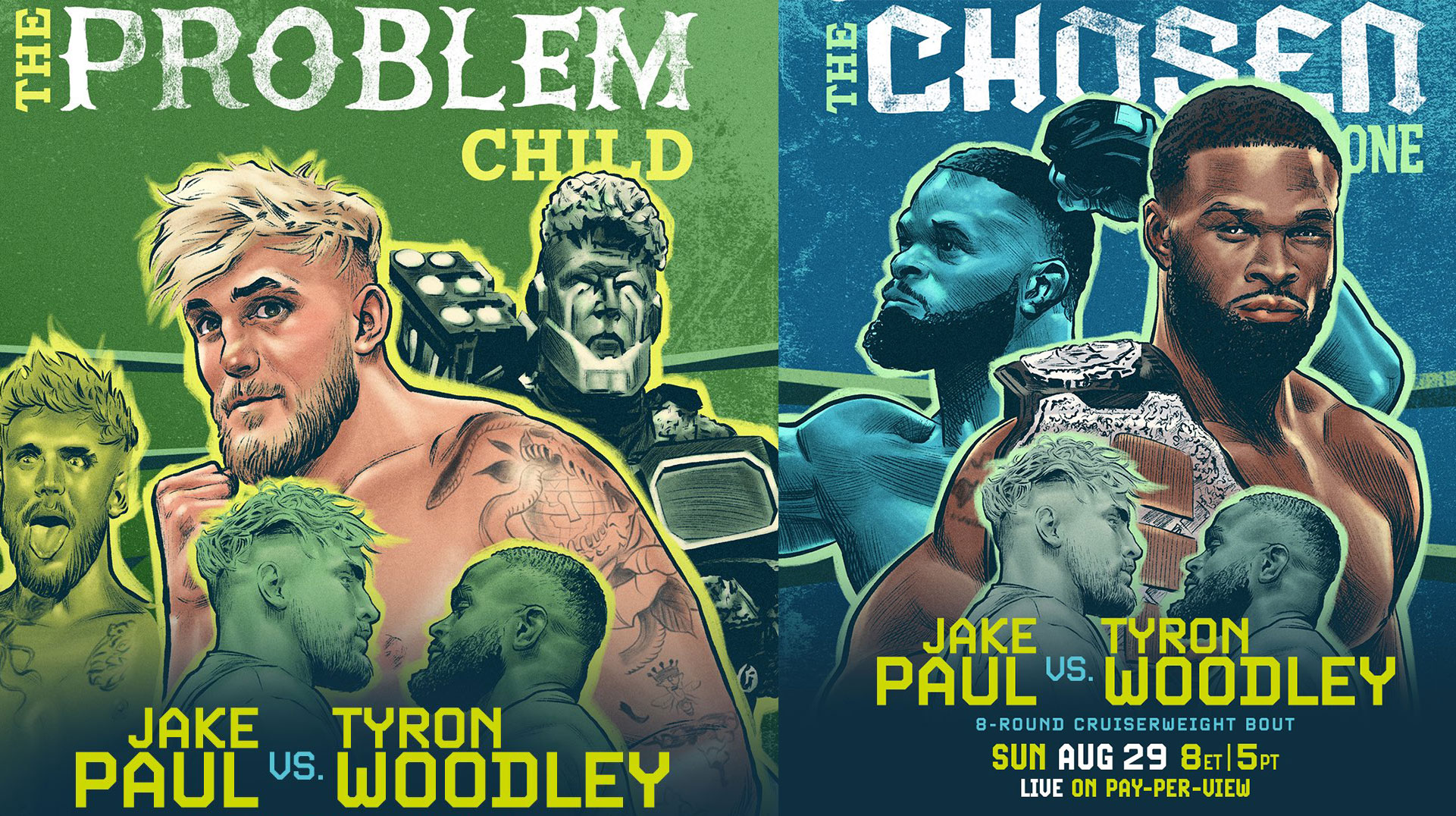 Former Disney Star turned boxer Jake Paul is about to face the toughest opponent of his career on Sunday when he faces former UFC Welterweight Champion Tyron Woodley at the Rocket Mortgage FieldHouse in Cleveland, Ohio.

Paul hasn’t had much of a challenge in his previous bouts. He is 3-0 in his boxing career, having faced fellow YouTuber AnEsonGib in January 2020 (first-round TKO), former NBA-star Nate Robinson in November 2020 (second-round KO) and former Bellator, ONE Championship and UFC mix martial artist Ben Askren (first-round KO).

What’s common between all three of his former opponents is that they aren’t boxers. Woodley, too isn’t a boxer, but unlike Askren, has vast experience in striking and knows how to punch (see GIF below), making him the toughest opponent of Paul’s short boxing career.

Woodley’s record is nothing short of impressive either, being a former UFC Welterweight Champion who defended his title on four occasions. What’s even more exciting is that Woodley is training with one of the greatest ever to touch a boxing glove, Floyd Mayweather, who recently faced Paul’s older brother, Logan Paul, in an exhibition match.

The Showtime Pay-Per-View is scheduled for Sunday, August 29th, with the main card starting at 8 pm ET. Here is a list of fights taking place before the main event:

.@jakepaul vs. @TWooodley face off 👀 pic.twitter.com/WA5j5hXqx0

Showtime is offering the official PPV stream to the event for $59.99 USD but is restricted to users in the United States only.

Canadians can tune into Fite TV to catch the boxing match for $59.99 USD ($75 CAD) on their browser, iOS app, Android app and Roku. You don’t need to have a pre-existing or new subscription, just pay for the PPV and watch. Learn more here.

Bell’s Fibe TV and Telus’ Optik TV are offering the event on PPV as well, though their websites don’t have any information about it listed.

Will Woodley bounce Paul’s head off the canvas to end his unbeaten streak, or will Paul go on to boast a 4-0 record? Let us know who you’re supporting in the comments below.