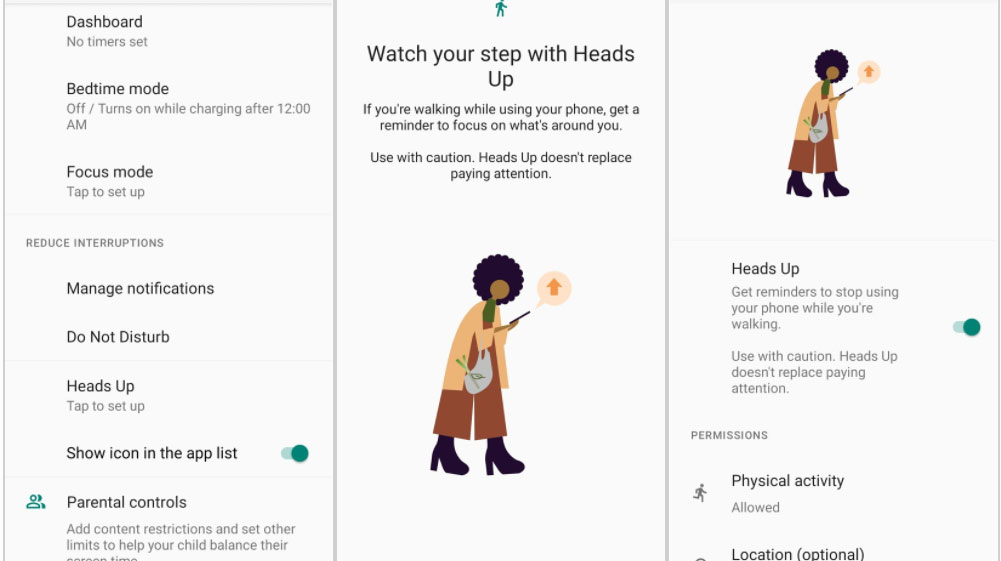 Google’s June feature drop added a digital well-being feature called “Heads Up” to Pixel devices. And now, according to XDA Developers, the feature has started rolling out in other non-Pixel Android devices.

Six out of ten young Canadians admit to texting while walking. While we know how dangerous this can be, a lot of people continue to do it. This is where ‘Heads Up,’ a new feature that will help you stay alert while walking, comes in. If your device detects that you’re walking and using your phone at the same time, it will periodically remind you to look up and analyze your surroundings.

This feature can be enabled on Pixel 3 and newer devices by going into the ‘Digital Wellbeing’ setting on your phone. Non-Pixel Android device users can check whether the feature is enabled by downloading the latest version of Google’s Digital Wellbeing app from the Play Store. Then, head to the settings section in the app and look for ‘Reduce Interruptions.’ Locate the ‘Heads Up’ feature and click to begin setting it up.

You can now toggle reminders on to notify you to stop using your phone in intervals while you’re walking. To function properly, the Heads Up feature requires access to physical activity and location permissions. However, the location access permission is optional.

It is worth noting that not all non-pixel Android devices will currently have access to the feature in Google’s Digital Wellbeing app, though it might be available later, if and when the feature rolls out widely.