The feature would protect your backups from unauthorized access by encrypting them. WABetaInfo notes users would have to choose a password that will be used to encrypt their future backups.

“To protect your encrypted backups, you will need to create a password and use it when restoring your backups,” a screenshot of the feature posted by WABetaInfo outlines.

The password is required every time you restore a backup and if you lose it, you won’t be able to restore your chat history. 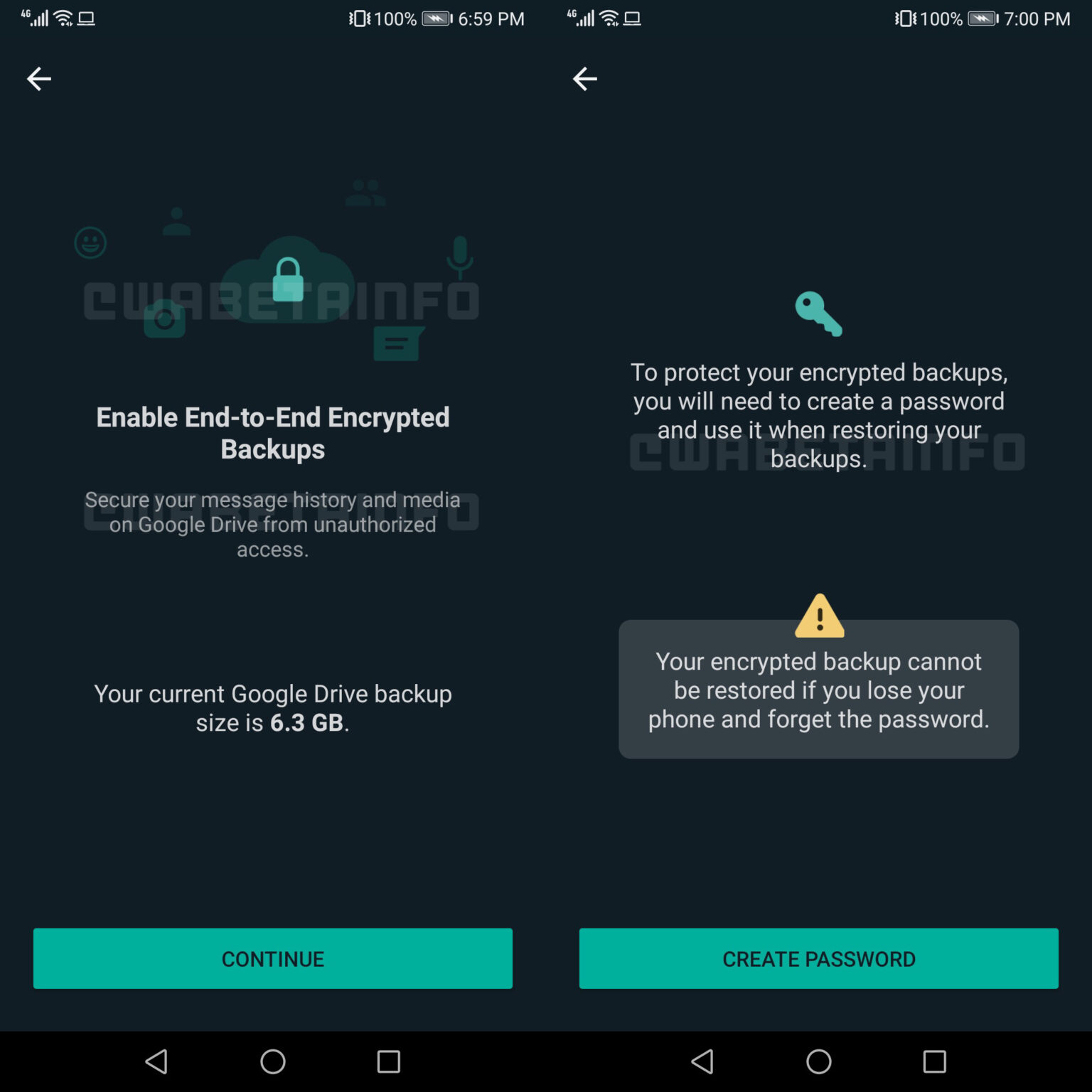 “Your encrypted backup cannot be restored if you lose your phone and forget the password,” the screenshot says.

Further, the secure backups also support a 64-digit encryption key that can be used to restore your password. However, if you lose the key, you won’t be able to restore your chat history.

It’s worth noting that it’s unknown when WhatsApp plans to deploy this feature.