The update fixes the remote code portion of the vulnerability, but an attacker could still be locally exploited

Almost a week after Microsoft issued a warning about a new Windows security vulnerability dubbed ‘PrintNightmare,’ the company has released an emergency patch to protect users.

PrintNightmare leverages vulnerabilities in the Windows Print Spooler service, software installed on all versions of Windows that helps handle printing jobs. Microsoft issued the warning after researchers accidentally published details about the vulnerability — the researchers mistook it for a different Print Spooler flaw that Microsoft had patched.

The PrintNightmare security flaw could allow attackers to remotely execute code on a Windows device with system-level privileges. The vulnerability includes two issues — a remote code execution and a local privilege escalation. The former refers to the ability for an attacker to execute commands on a system remotely. The latter refers to exploiting a bug, flaw or other issue to escalate an app’s privilege (i.e., from a ‘user’ to an ‘admin’).

The security patch is available for the following Windows versions (note that some have different update versions, specified below): 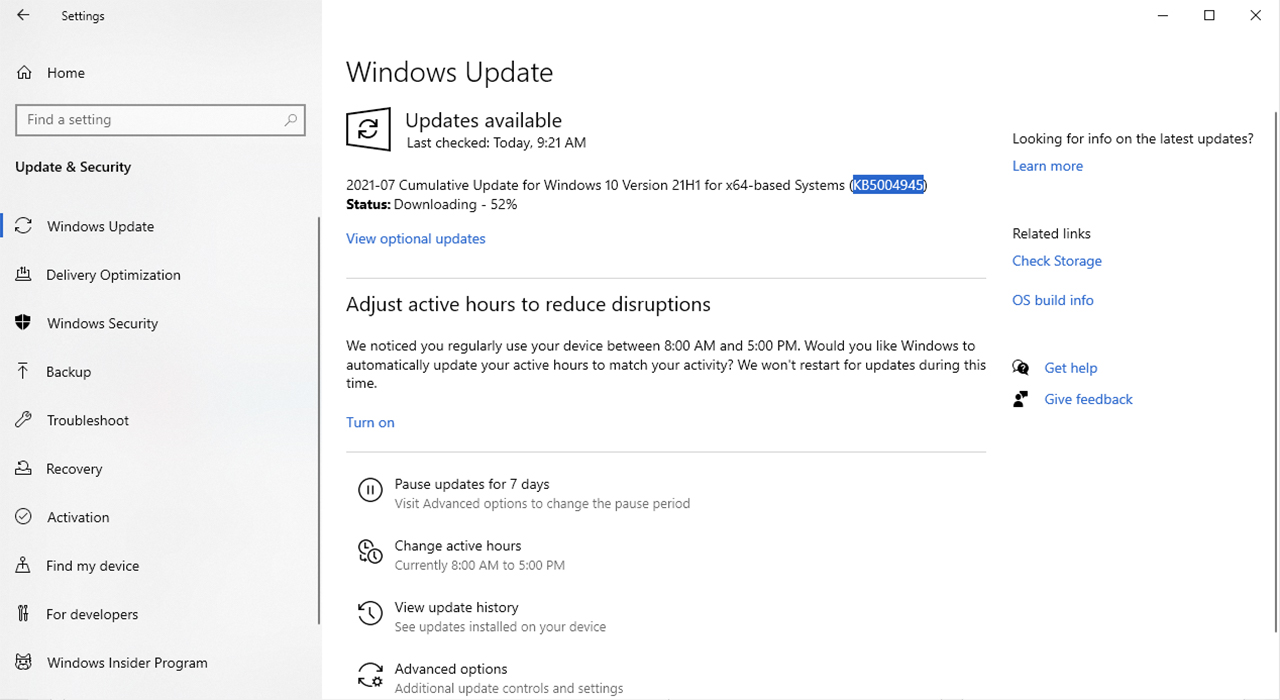 For most Windows users, getting the update will be as simple as opening the Settings app > Update & Security > Windows Update and clicking the ‘Check for updates’ button. Keep an eye out for an update ‘Cumulative Update’ with version number ‘KB5004945’ (or one of the other ones if you’re running an older version of Windows).