Like Apple's App Store, the Play Store will show a 'safety section' on each app listing with details about data collection

Google has announced plans to start showing details on the Play Store about the data that apps collect on users, following in the footsteps of Apple.

The search giant will add a new safety section to app listings in the Play Store — according to a timeline Google shared, that should show up for users sometime in Q1 2022. The section will include information about data collection, privacy and security practices.

For example, the section will list if apps collect information like location, contacts or personal details like email addresses. Moreover, Google wants app developers to use the space to contextualize why they collect that data. That could look like developers sharing how collected data helps with certain functionality in an app. 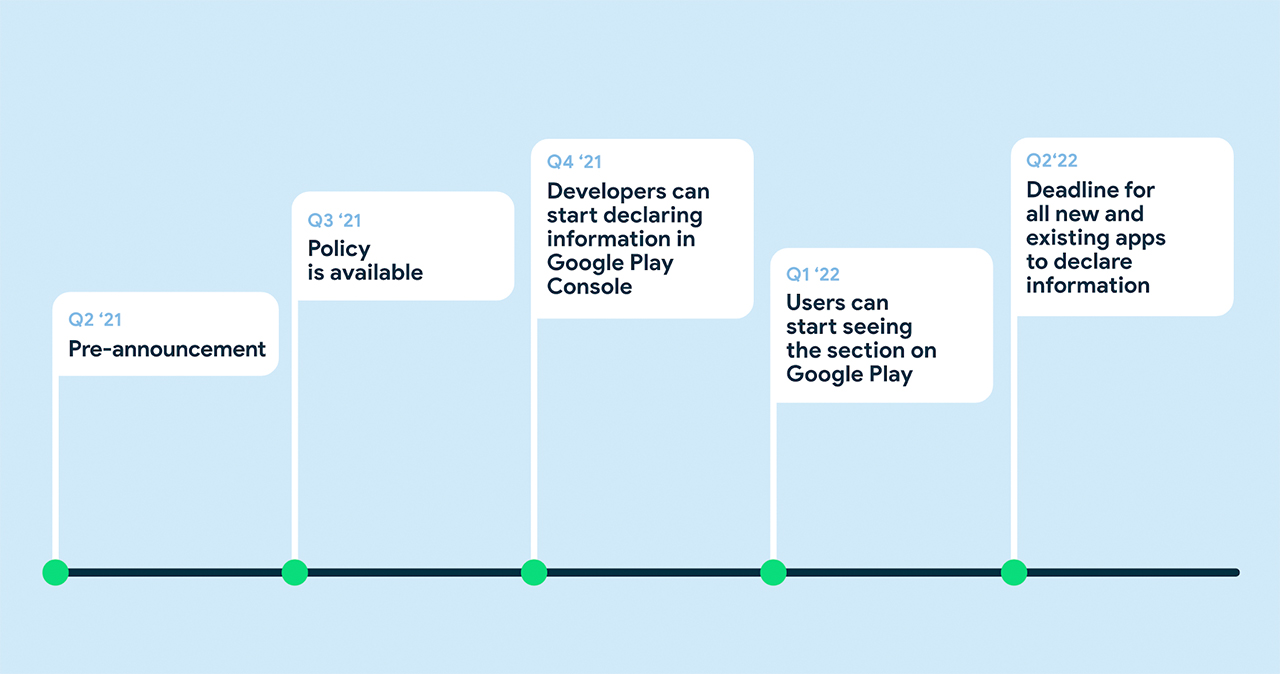 As mentioned up top, Google’s new safety section won’t go into effect right away. Instead, the announcement serves as a warning for developers. The full policy will become available in Q3 of this year, and developers will be able to start declaring information in Q4. Finally, Google says the deadline for all new and existing apps to declare data collection information will be Q2 2022. Developers that don’t meet the deadline could see app updates blocked.

And, for those wondering, the new policies will apply to Google’s own apps. Google took quite a long time to add privacy labels to its iOS apps after Apple added the system to the App Store, spurring speculation the company didn’t want users to know the extent of its data collection.

This comes after Google announced new policies to prevent developers from using scammy tactics like all-caps text and eye-catching banners to highlight their apps on the Play Store.