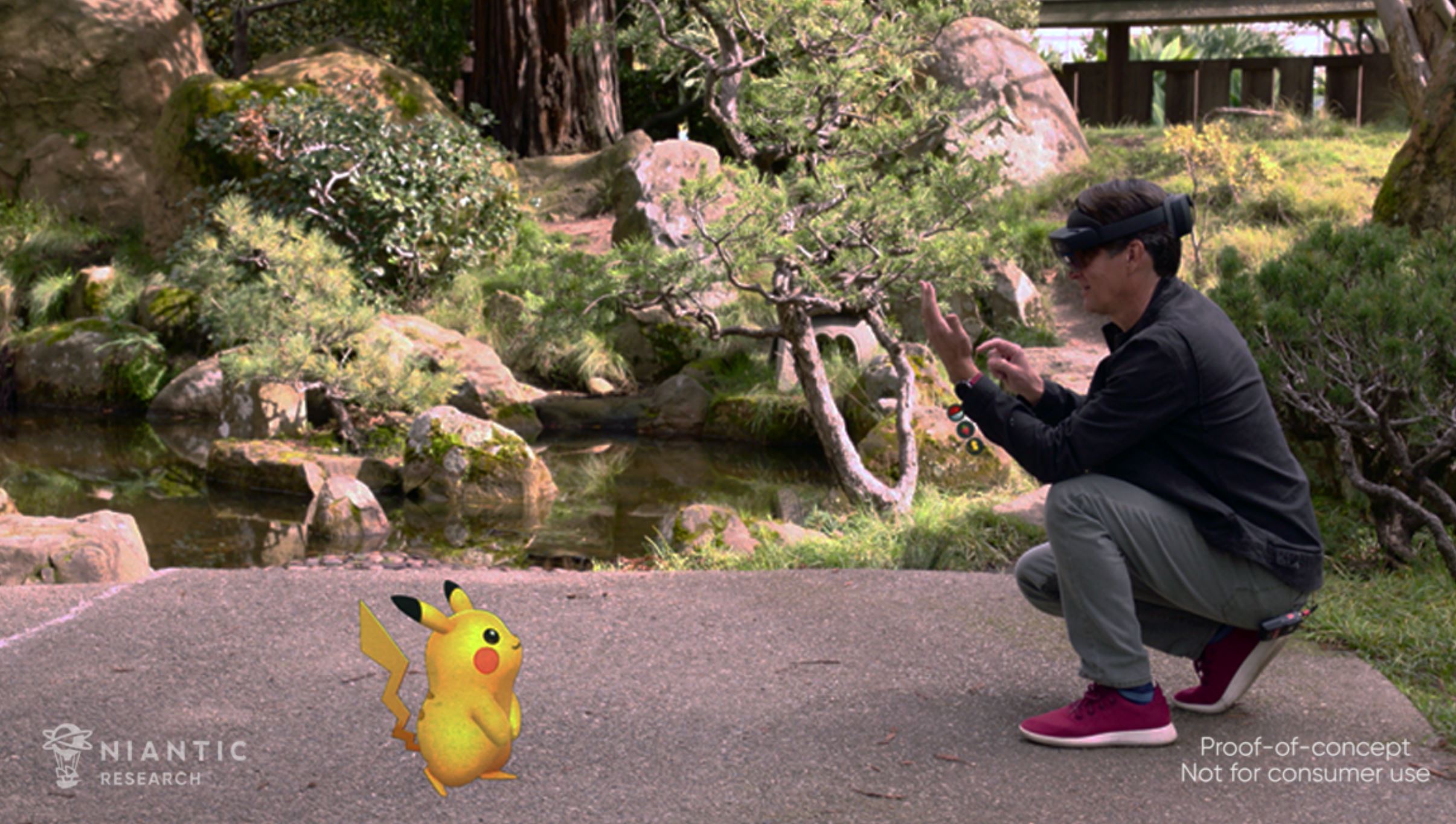 A new Pokémon Go proof-of-concept shown during Microsoft’s Ignite conference showcases how the companies are working together to bring the mobile game to mixed reality with the HoloLens 2.

Niantic’s demo shows off how the mixed reality wearable takes catching pocket monsters in Pokémon Go to another level by allowing players to actually walk around augmented reality (AR) Pocket Monsters in the real world while wearing the HoloLens 2.

That said, it’ll likely be some time before this experience makes its way into an actual HoloLens 2 game.

During the demo, John Hanke, the CEO and founder of Niantic, opens up an AR user interface to allow Pikachu out of a Poké Ball to feed the creature a berry. The brief clip then teases that battles can also take place in AR before it abruptly ends.

“While this demo is not intended for consumer use, it offers an early glimpse into the future evolutions in both software and hardware,” said Hanke. “We’ve only scratched the surface. We know the years ahead to be filled with important achievements which will serve as waypoints in AR’s journey to become a life-changing computing platform.”

It’s important to keep in mind that this is only a proof-of-concept video. If the experience ever does get a consumer release, it will likely be at least somewhat different from what’s featured in this clip.