Microsoft kicked off its virtual Ignite 2021 conference with several new features coming to Microsoft 365 and Teams.

First, and likely most relevant given the ongoing pandemic, Microsoft expanded Teams to work better for interactive webinars with up to 1,000 attendees. That includes an ‘end-to-end’ experience with custom registration, rich presentation options and controls for hosts to manage attendee chat and video.

On top of that, Teams can support a view-only broadcast for up to 20,000 people. Microsoft notes that this higher attendee limit will remain in place until June 30th, 2021, to accommodate for the heightened demand for virtual events amid the pandemic. After June, Teams will revert to its original 10,000 attendee cap.

Another feature coming to Teams is ‘Connect,’ which allows users to share Teams channels with anyone, whether they’re part of your organization or not. The feature is available now in private preview and will roll out broadly later this year.

Further, Microsoft is hoping to improve the Teams presentation experience with PowerPoint Live in Teams. The integration between PowerPoint and Teams will allow presenters to view their notes, slides, meeting chat and participants in one view. On top of that, the new Presenter Mode will let presenters customize their video feed and content. For example, the ‘Reporter’ mode will show the presentation content above the presenter’s shoulder, as you’d see in a TV news segment.

There’s also the new ‘Dynamic View,’ which will intelligently arrange meeting elements for an optimal viewing experience. Changes will happen as people join the meeting, turn on video, speak or present.

Presenter mode will launch in March, although the Reporter mode and some other presentation options won’t arrive until later. Dynamic view will also come in March. 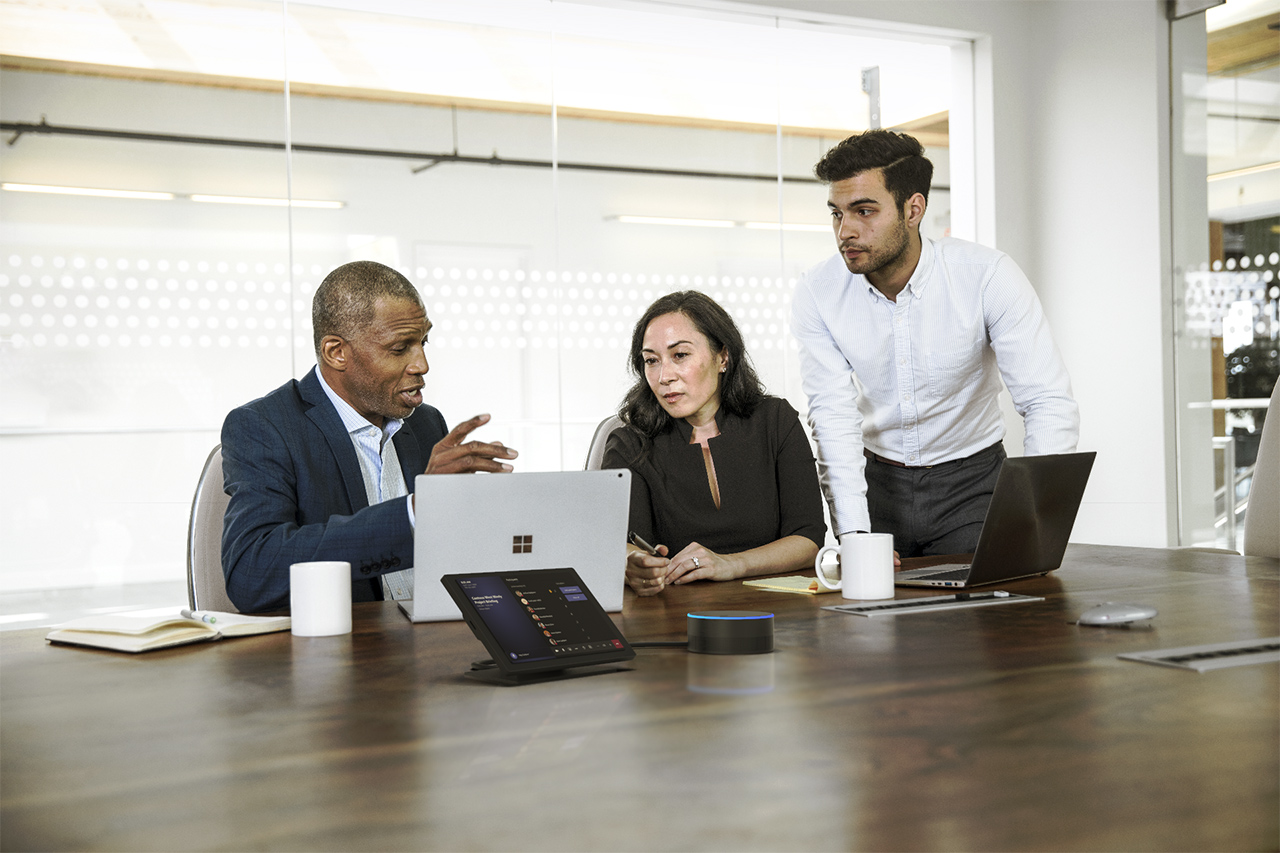 Finally, Microsoft detailed new tools for hybrid workspaces to enable better collaboration between employees in actual meeting rooms with those tuning in virtually through Teams. That includes new gallery views coming to Teams Rooms and ‘Intelligent Speakers’ that look like Amazon Echo devices. Microsoft says the speakers can identify and differentiate the voices of up to 10 people talking in a Microsoft Teams Room.

Those interested can learn more about Teams and Microsoft’s other enterprise-focused Ignite announcements here.