Twitter has announced that it’s testing a new ‘Super Follows’ subscription feature to allow users to charge for tweets.

The social media giant made a series of announcements at its Analyst Day event on February 25th. It noted that this new paid service could “provide monetary incentive models for creators and publishers to be directly supported by their audience.”

Super Follows allow users to get exclusive access to extra content, which could be tweets, deals, community groups or newsletters. The company essentially sees this new feature as a way for creators to receive direct financial support from their fans.

In a slide depicting the feature, Twitter displayed an example where users are charged $4.99 USD (roughly $6.27 CAD) per month to ‘Super Follow’ someone. It’s unknown how much the service will cost for Canadian users. 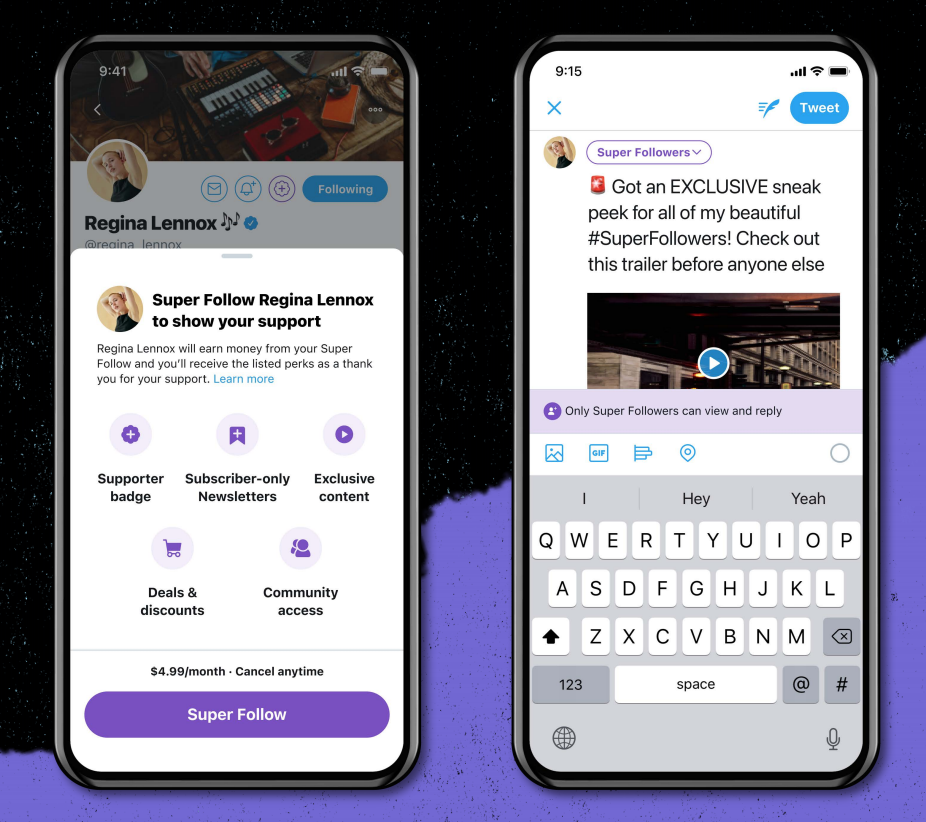 Twitter joins other platforms that have rolled out direct creator payment services, including Patreon, Facebook and YouTube. It isn’t surprising the social media platform is launching this feature since it’s been clear for months that the company was getting ready to roll out some sort of subscription feature.

“We’re working to create a product experience that makes it easier for people to form, discover and participate in conversations that are more targeted to the relevant communities or geographies they’re interested in,” Twitter notes.

Twitter hasn’t revealed when it plans to roll out these new features, but we’ll likely hear more in the coming months.