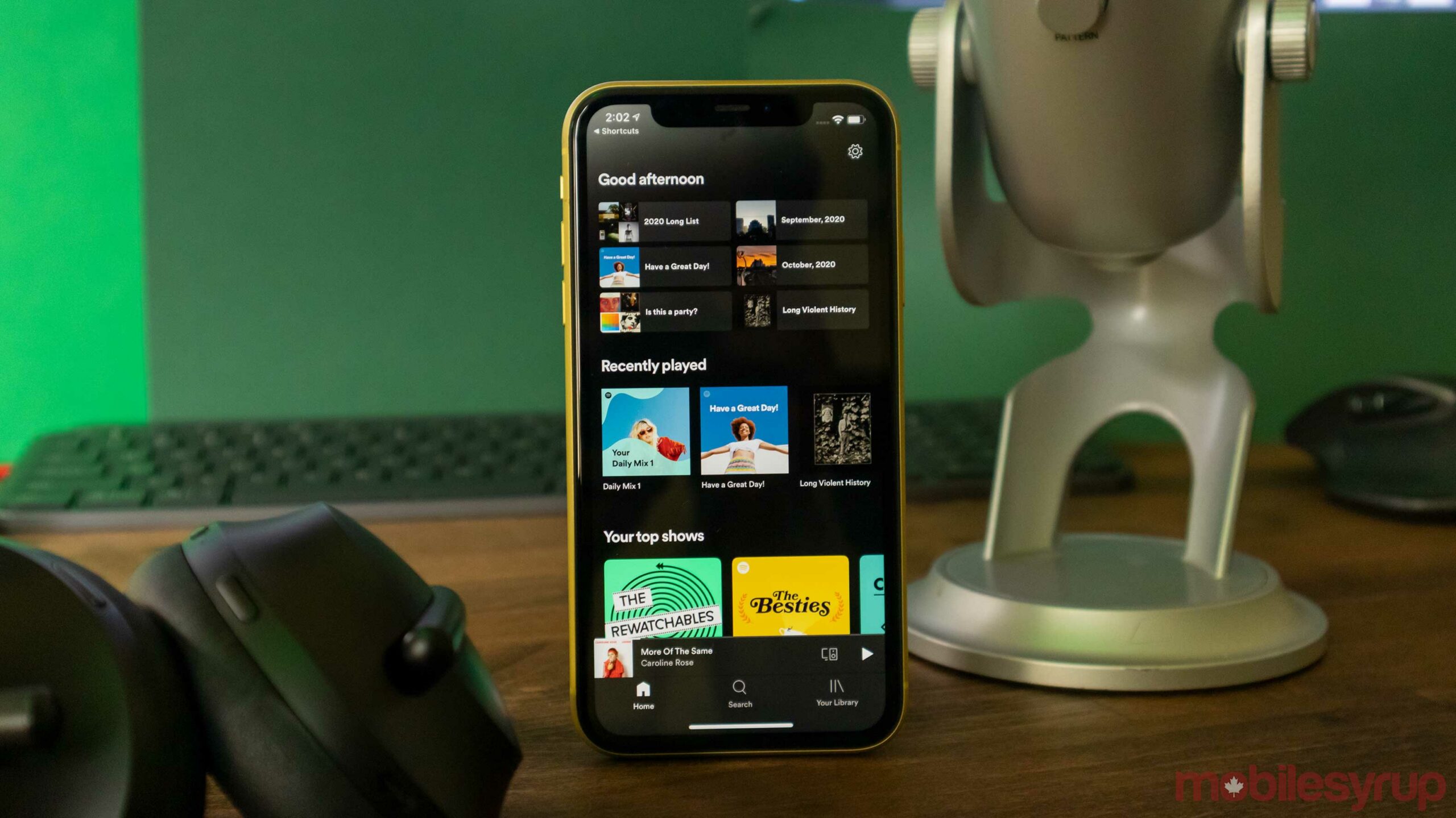 If you’ve got a Spotify ‘Family’ tier Premium plan, get ready to pay an extra $1 per month.

The music streaming service sent out emails to subscribers on the Family plan this week, noting that the price will jump to $15.99 per month. The new plan price came into effect on February 1st, 2021, although existing subscribers may not have to pay the new fee right away.

In the email, Spotify positions itself as doing a favour for existing customers by delaying the price change. “Since you’re already a Premium Family subscriber, we’re giving you two additional months on the existing price.”

In other words, if you currently subscribe to the Family Premium plan, you won’t see the $15.99 price until April 2021.

Spotify hasn’t changed its other Premium plan prices, which are as follows:

Unfortunately, Spotify happens to be the latest streaming service to up prices amid the pandemic. Netflix increased prices in October 2020, while Disney+ will raise its monthly subscription later this month as part of its new Star content roll-out. Even Microsoft tried to pull off an Xbox Live Gold increase, but the company was promptly bullied into backing down.

These price increases come at a difficult time for many users. On the one hand, streaming service use is likely up as people rely on services more while stuck at home during the pandemic. On the other, price increases are an extra burden on people already struggling. An extra dollar per month doesn’t seem like much, but it adds up over time.

If you’re thinking about ditching Spotify’s Family Tier, thankfully, you’ve got a few options. For one, Spotify’s ‘Premium Duo’ tier is excellent if you’ve only got two users. It costs $12.99 per month, and the price hasn’t increased (although that doesn’t mean it won’t happen).

Alternatively, Google’s YouTube Music Premium Family subscription costs $14.99 per month, the same as what Spotify used to cost. Apple Music’s Family tier costs $14.99, but Apple service fans can save more by bundling it with other subscriptions through Apple One. Tidal is also an option, with its Family Premium tier coming in at $14.99 as well.