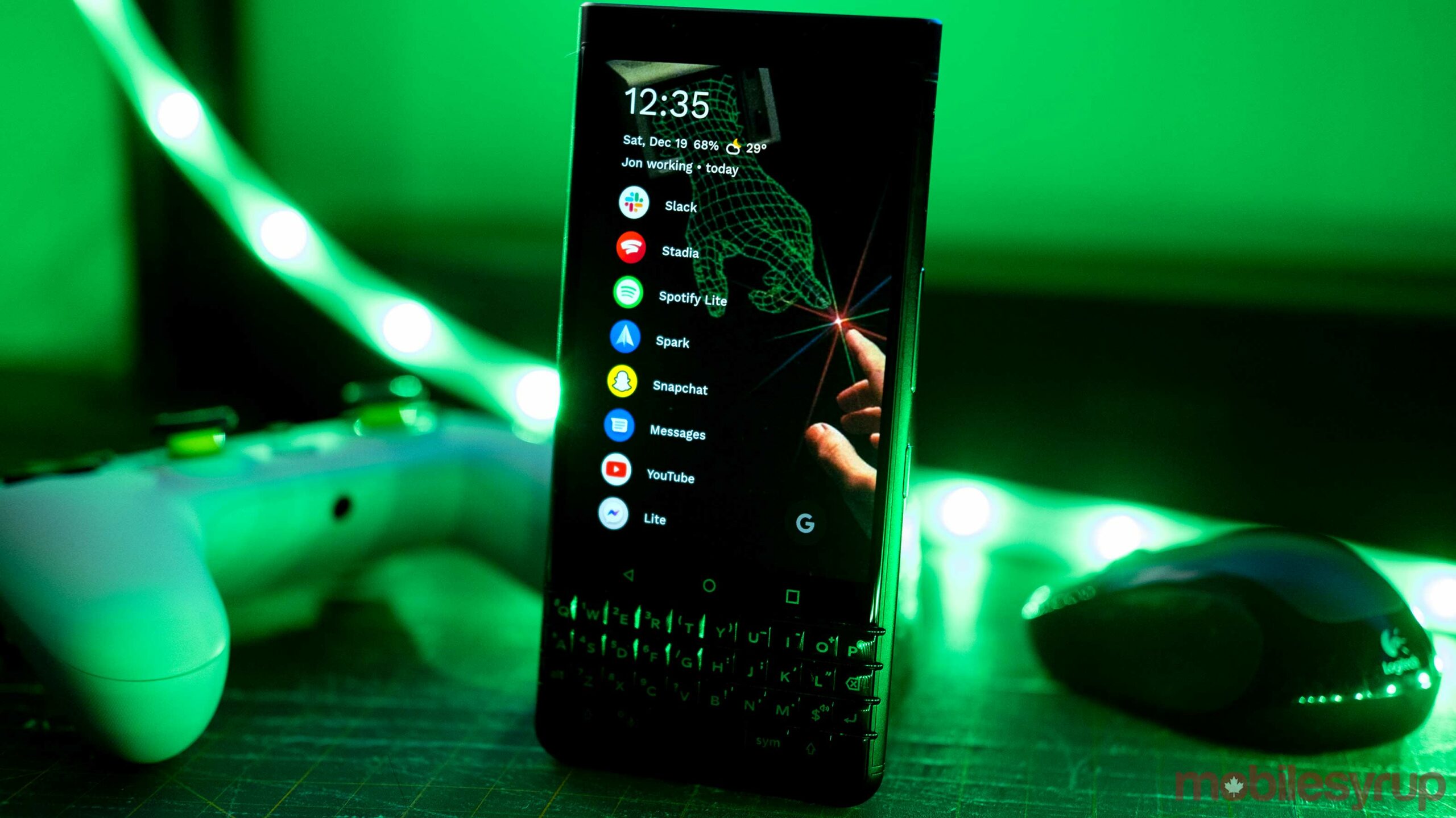 I’m going to be completely honest; Cyberpunk 2077 is pretty much unplayable on a BlackBerry KEYone, but the built-in keyboard works and that should count for something, right?

If you’re following along on this journey to uncover some cool hacker technique, you’re going to be sorely disappointed. Instead, I just booted the game up on Stadia via Chrome on Android. This also technically means that you can play any game on Stadia with a BlackBerry keyboard. I had to force the Stadia website to run in desktop mode, and I had no real mouse support, but with a little help from the streaming game platform’s controller, I was able to walk around Night City with ease from the comfort of a BlackBerry keyboard.

When I first attempted to do this, I plugged a USB-C-to-USB-A adapter into the KEYone and connected a wireless mouse. This worked for everything except for the actual gameplay. This means I could navigate Android with a mouse, open Stadia, and even open Cyberpunk with my mouse, but I couldn’t use it to look around or interact with the game in any way.

After that attempt failed, I tried logging into the game via Stadia on my PC to see if I could tweak it to work with a keyboard. Sadly, this wasn’t an option either. 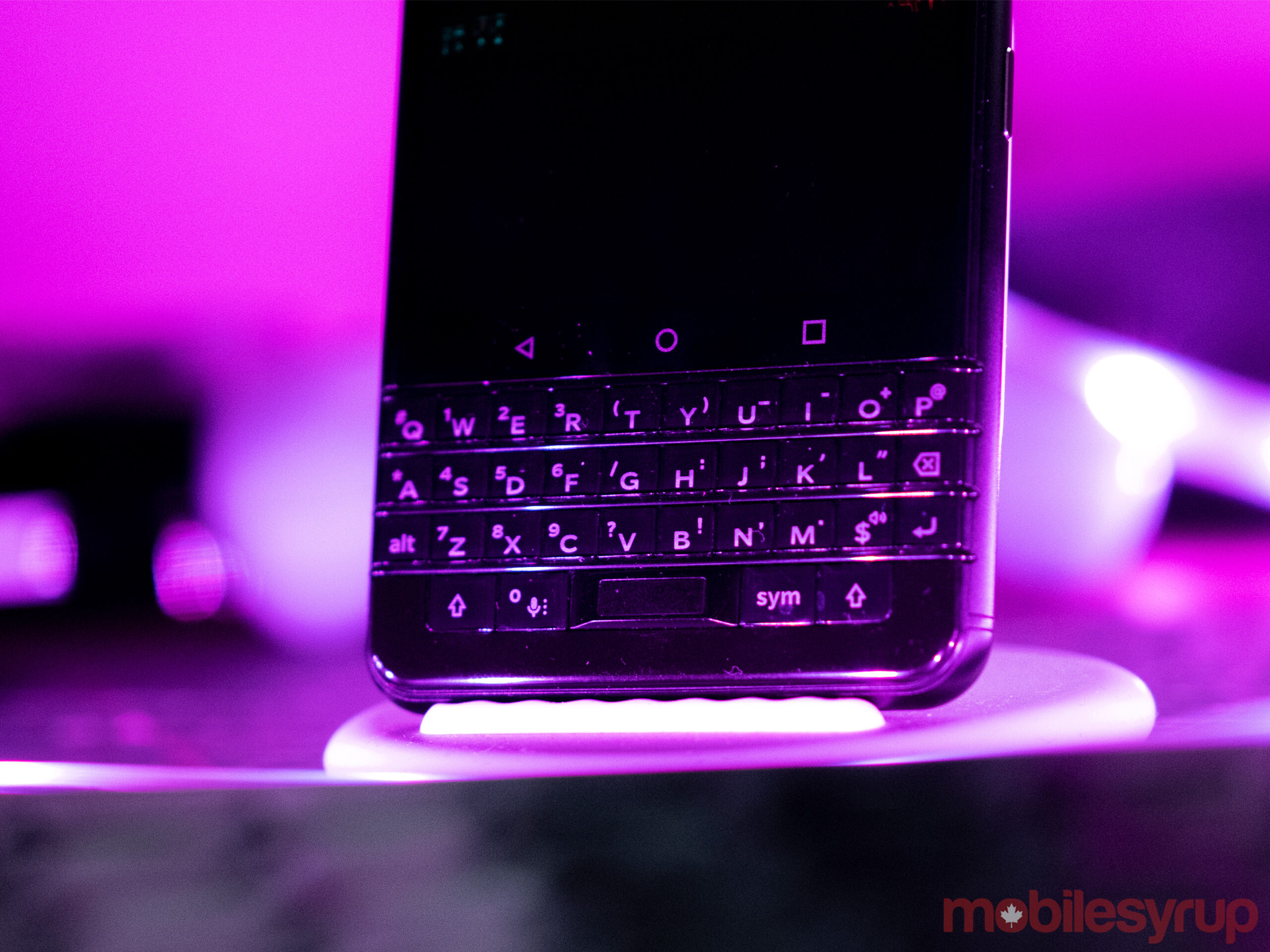 The final workaround, which I found actually worked surprisingly well, was to play with one hand on the BlackBerry and the other on a Stadia controller. This sounds convoluted, but in practice, it’s not that bad — it even allows you to easily use a gun. I ended up remapping my aim down sights key to ‘U’ to toggle while still walking.

Obviously, this isn’t the best or even a reasonable way to play any video game, but since we’re a Canadian tech blog, we need to write about BlackBerry at least three times a year, so I’m just wrapping up our 2020 quota.

All that said, seeing the Cyberpunk 2077 run on the tiny KEYone screen is weirdly awesome, and I wish I could actually play the game on the phone in a more practical way.