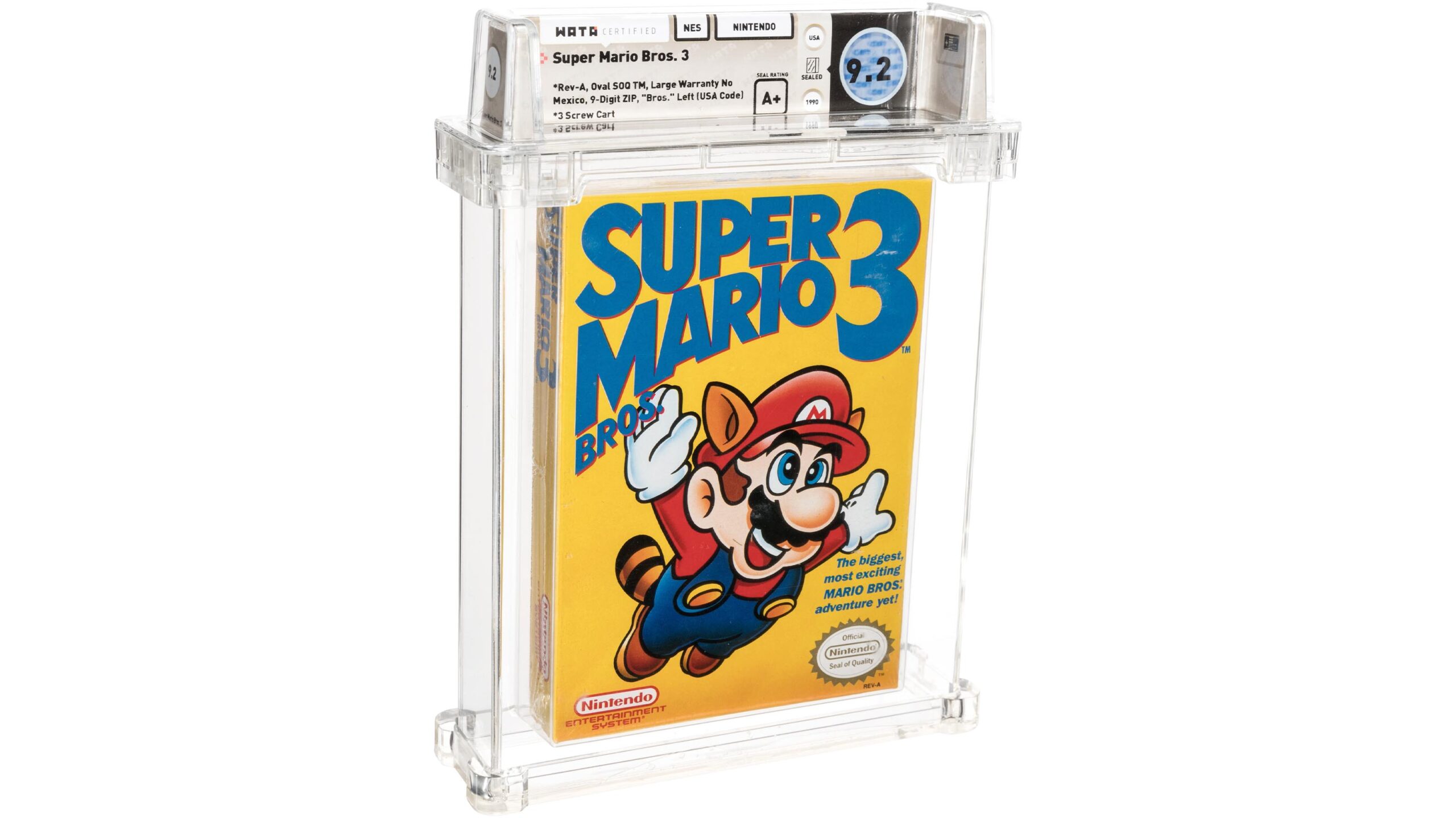 For the second time this year, a Mario game has set the record for the highest price paid at auction for a video game.

Heritage Auctions notes that the bidding opened at $62,500 USD, which was already an impressive amount for a game graded Wata 9.2 A+. But 20 bidders quickly jumped in, pushing the bids up to the record-setting final price.

“We couldn’t be more pleased about breaking the world record for the second time in the same year,” said Valarie McLeckie, Heritage Auctions’ director of video games, in a press release. “That said, it’s no surprise that another Mario game, which so many of us grew up with, would set the new bar.”

It’s worth noting that this particular variant of Super Mario Bros. 3 is rare. The Dallas-based auction house sold a sealed version of the game with a Wata 9.0 A grade back in July for just $38,400 USD. Aside from the better condition of the record-setting copy, it features the exceedingly rare cover art that places the ‘Bros.’ below the ‘Super Mario’ title, but on the left side, covering part of Mario’s glove. Earlier copies of Super Mario Bros. 3 feature the left-formatted ‘Bros.,’ while later versions moved it to the right, above Mario’s head. To find a sealed copy like this is a big get for collectors, and likely a major factor behind the game’s record-setting auction sale.

Along with the copy of Super Mario Bros. 3, Heritage Auctions sold a sealed copy of the ‘Red Version’ of 1998’s Pokémon for the Nintendo GameBoy. It had a Wata 9.8 A++ grading and sold for $84,000 USD (roughly $109,845 CAD), setting the record for the highest price paid for a Pokémon title.