The Legion worked with HSBC, Avrio and Wunderman Thompson to develop the tap-enabled donation boxes 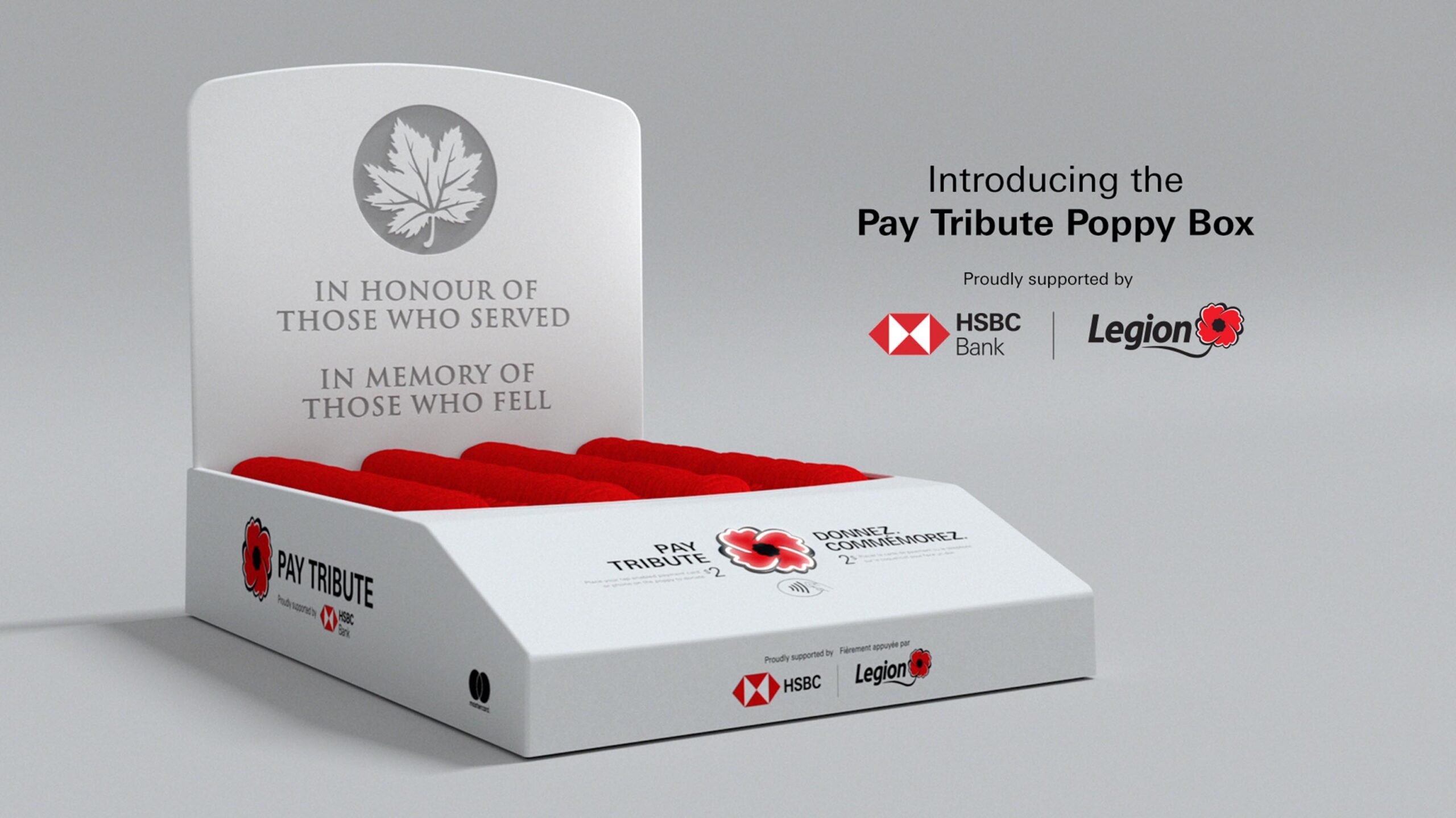 The Royal Canadian Legion will offer contactless, cashless poppy donation boxes leading up to Remembrance Day this year, in part because of the ongoing pandemic.

The Legion worked with HSBC, New York-based marketing agency Wunderman Thompson and tech company Avrio to design and build the donation boxes. Initially, the boxes began as an idea to modernize the donation process since fewer people carry cash on them. That vision changed when COVID-19 hit.

Wunderman Thompson worked with Avrio to develop the donation boxes, which are made in Canada. Avrio used durable and weather-resistant materials that should allow these boxes to last years. Additionally, the boxes were designed as a reflection of their solemn inspirations, according to the Legion. They use the shape of the headstones of the fallen and bear the words of the Halifax Cenotaph national monument.

HSBC also worked with technology partners to ensure the donation boxes would work with tap-enabled cards as well as mobile or wearable payment options like Apple Pay. Canadians can make a donation by tapping their card, phone or watch on the light-up poppy on the donation box. Plus, the boxes accept a set donation of $2, which means there’s no need for buttons or other touch points.

The Legion says that among the traditional poppy boxes available coast to coast, there will be a total of 250 tap-enabled boxes distributed nationally across the HSBC Bank Canada branch network starting October 30th. The boxes will also be available at select Royal Canadian Legion branches and other locations.