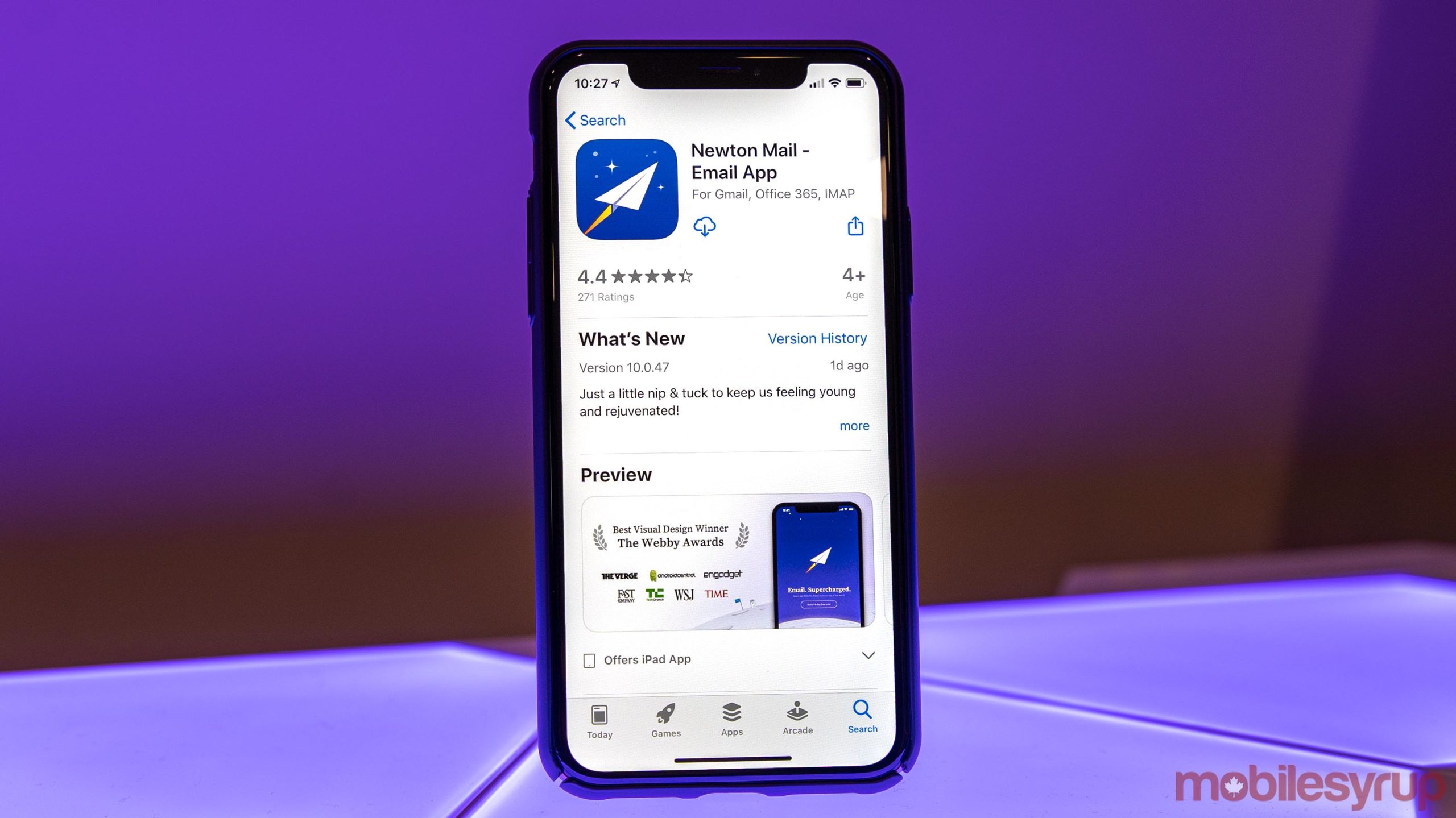 Premium email service Newton is back with its first update since two “super fans” took ownership of the app earlier this year.

After rescuing Newton from a second impending shutdown, the first update brings a few quality of life changes. The most significant is the addition of ‘true dark mode’ across all of Newton’s apps. In short, that means both the app UI and the emails themselves render in dark mode, unlike some apps that change the UI but leave emails in light mode.

However, there’s a lot more going than just the dark mode. Newton added multi-swipe gestures to its mobile apps to make it easier for people to deal with emails quickly. Plus, the whole app should be less buggy and more reliable as a whole.

Finally, Newton has a new privacy policy that promises to protect user information and never sell people’s data. Newton coupled that with a refreshed backend to ensure data protection.

The company teased what’s next for the email app as well. Future updates will bring features like mail templates, link receipts, shareable emails through URLs (a personal favourite of mine from apps like Spark), the ability to quote email text, pinned emails and more.

All in all, it does seem like Newton has really begun to turn things around. The company’s update blog post noted some company changes as well, including that it now has a team of eight developers working full time for Newton. That should help it push out future updates faster while also maintaining the codebase and squashing bugs.

Newton is available for free on the Play Store, App Store, Windows Store and Mac Store and costs $49.99 per year for full access to all its features. Update version 10.0.51 is rolling out now with the new features.