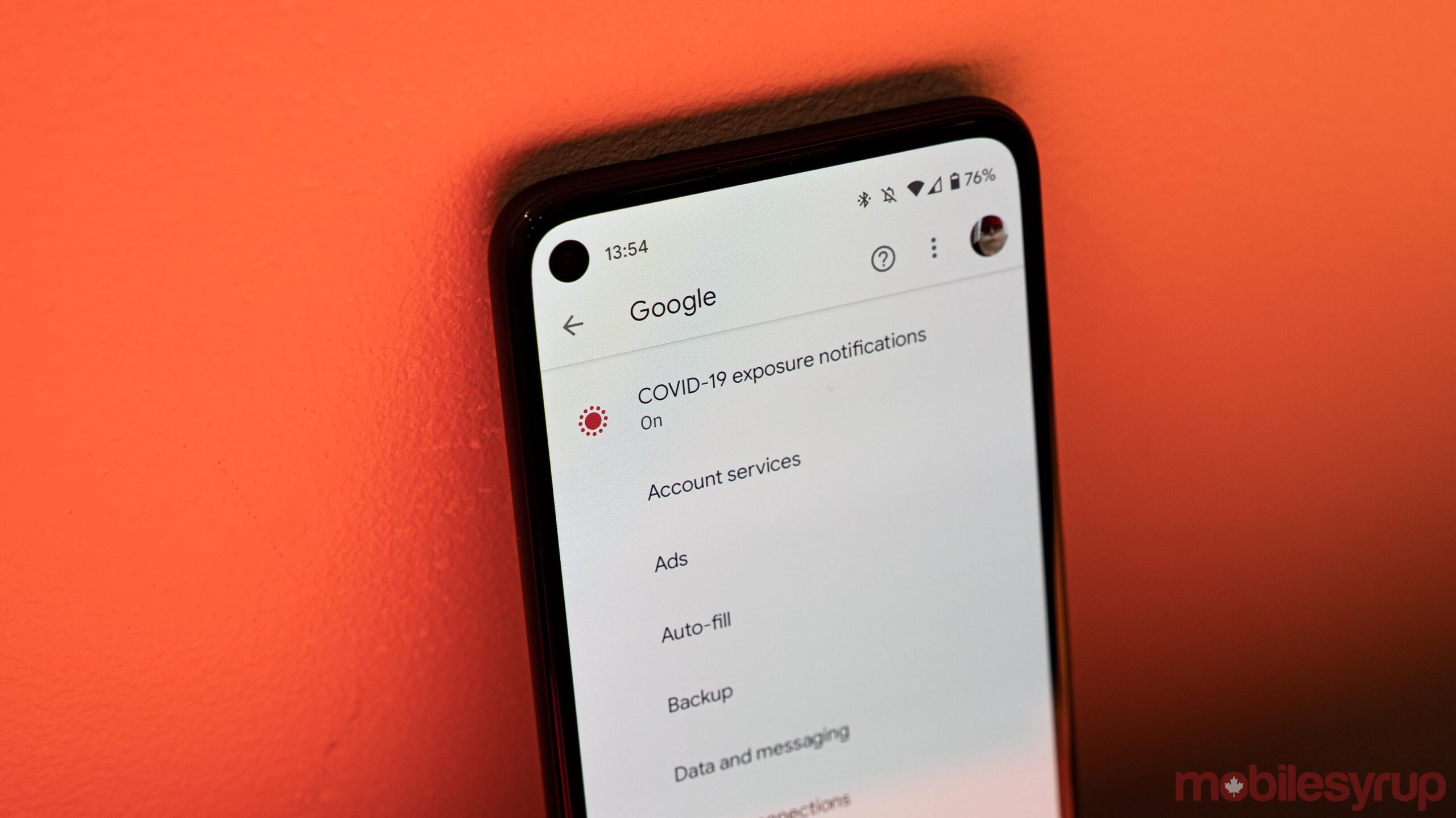 Back in April, when the two companies first announced plans to launch the exposure notification system, it was clear that the feature would arrive in two parts. The first phase was the backbone of the system, which focused on bringing an interoperable, cross-platform tool to both Android and iOS that public health agencies could leverage to power their apps. Canada’s COVID Alert app uses that system.

In short, the system uses Bluetooth on Android and iOS phones to trade unique, anonymous codes between nearby users. These codes act as a record of potential exposures to nearby people. If someone tests positive, they receive an authentication code with their test results. They can then use the code to verify their result in the app and upload their phone’s list of codes. Other phones check the list for matches, which indicate a potential exposure to someone with COVID-19. The app warns users of exposure and recommends next steps, such as getting a test or quarantining.

Public health authorities can tailor the system to their needs

The second phase will act as an extension of the Exposure Notification system that allows public health authorities to avoid building an app. Instead, they can configure the basic Exposure Notification framework to meet the needs of their country, province or state. Health departments can create a ‘configuration file’ with details like risk scores, redirects for their specific public health website and modifications to the recommendations sent to potentially exposed users.

The two companies shared a statement with The Verge detailing the goals of the second phase of Exposure Notifications:

The change likely won’t impact Canada, which already has a COVID Alert app

Ultimately, this system should allow public health agencies to quickly deploy an Exposure Notification system based on Apple and Google’s work without building an app — something that can be difficult or costly for some agencies. The two companies stress that doing this doesn’t impact apps built on the Exposure Notification system, nor does it impact a public health authority’s ability to make an app later on. It’s not clear what, if any, impact the new phase will have in Canada since the federal government already has COVID Alert.

The federal government hopes to make COVID Alert available nationally, but currently, only Ontario public health agencies support the app, although it can be downloaded in every province. Alberta plans to support COVID Alert and transition users from its own ABTraceTogether app. Quebec has said it won’t deploy COVID Alert for now.

It is worth noting that using the built-in Exposure Notification system offered by Google and Apple means users give more data to those companies. The Verge points out that the iOS Exposure Notification app collects general device analytics and crash information if users opt-in. The Android app collects de-identified system info, which includes API error calls. However, Google told The Verge it doesn’t collect data that could identify which specific users were exposed to COVID-19. Those using the COVID Alert app aren’t subject to that data collection from Apple or Google.

Google also committed to publishing the source code of the auto-generated Android app for third-party audits.

The iOS version of the Exposure Notifications Express system will roll out in iOS 13.7, due out on September 1st. Android will deploy the system later this month via a Google Play Services update delivered to all users running Android 6.0 and up.