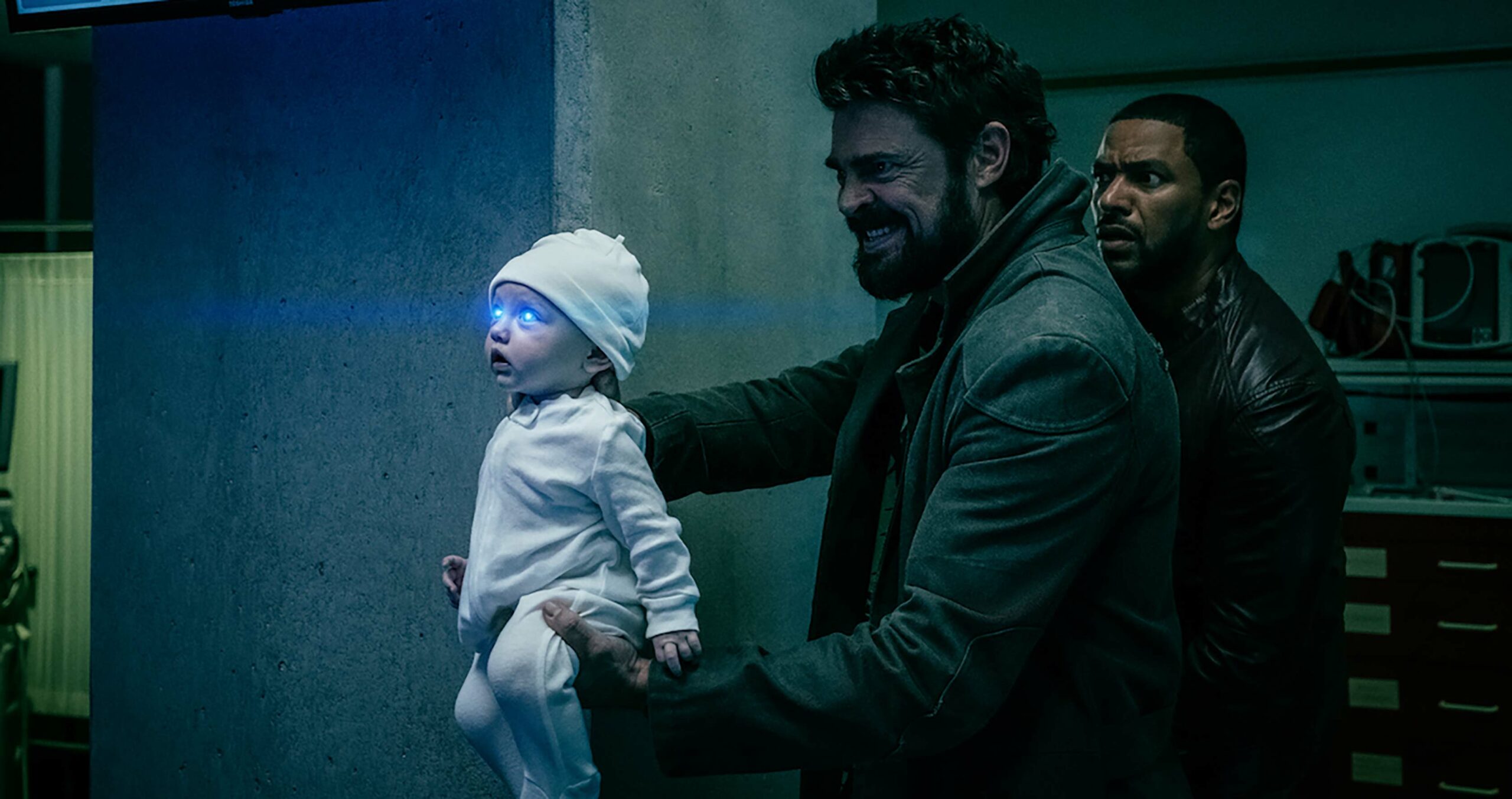 One of the most memorable scenes from the first season of Amazon’s The Boys is when Butcher (Karl Urban) uses a superpowered baby’s heat vision to lay waste to some Vought guards. As Butcher himself says, it’s rather “diabolical.”

Now, Amazon is letting you take Butcher’s place and wield your own ‘superbaby’ in a free-to-play mobile game called Baby Laser Tag.

Available on iOS and Android, Baby Laser Tag places you in a Vought storage room similar to the one from the show and pits you against waves of Vought agents in augmented reality. You can fight back with your baby’s eye lasers by moving your phone to aim.

Eventually, members of The Seven will appear as “boss” enemies, including Homelander and A-Train. In between fights, you can also access some of the lore of The Boys and even get some teases for the series’ second season.

The first episodes of The Boys Season 2 release on September 4th on Amazon Prime Video. One new episode will hit the streaming service every subsequent Friday.

For more on The Boys, check out our spoiler-free review of Season 2 here.