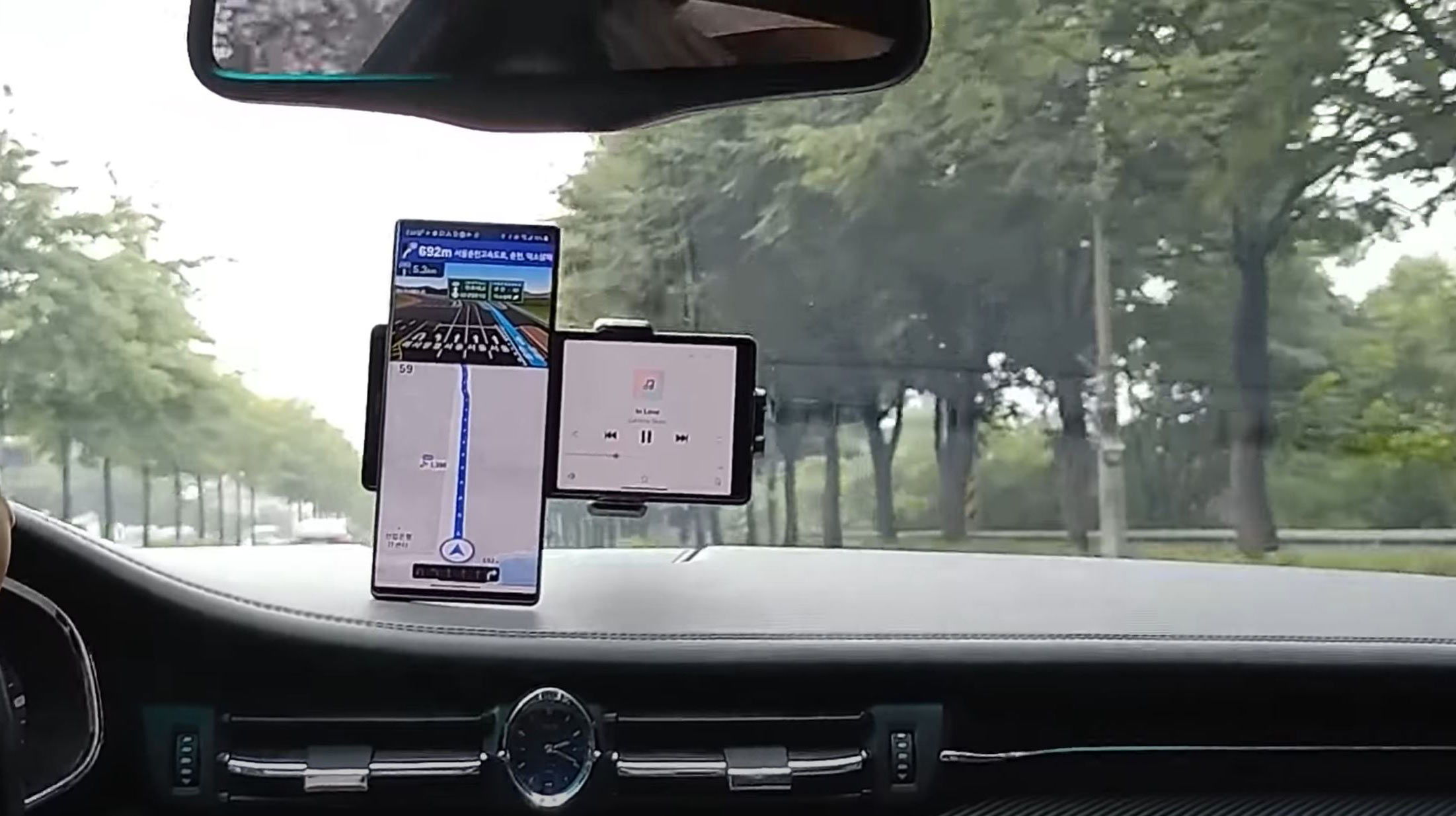 Samsung, TCL, Microsoft and Huawei aren’t the only companies working on foldable phones or devices with multiple screens.

Android Authority obtained an exclusive video of the near-final version of the handset, showing off how the phone will work with its secondary display. The video is about 10-seconds long but reveals how in the T-formation you can answer a call on the secondary screen without looking leaving your Maps app, all while driving. Before the call, the primary display is used for full-screen navigation in T-formation, and the secondary display is utilized for music playback controls.

Oddly enough, the phone doesn’t seem to have a notch or hole-punch cutout.

The Wing is rumoured to feature a 6.8-inch main screen, and a 4-inch second display with either a Snapdragon 765 or 765G processor. Android Authority says the secondary screen, which sports a 1:1 ratio, will flip out similarly to a T-Mobile Sidekick.

In the video, we can see that two apps were used simultaneously, so in theory, this should work for other apps, like having YouTube on the main screen and a text messaging app on the secondary display.

LG has been pushing dual screens since the V10 back in 2015, with a mini secondary screen above the main display. Then, more recently, it launched the V50 ThinQ with two actual screens. Since then, most of the company’s phones have the option to add a secondary display, but as Android Authority points out, the secondary screen is a lot to bring around, especially if you just want to carry it in your pocket.

With the LG Wing, the company is betting big on multi-tasking, but aims to make sure the phone is still light and easy to carry around. According to a report from Herald Corp, the device could cost 1.9 million won (about $2,106 CAD), making it a pretty expensive.

Android Authority also questions whether the secondary display will only work with LG-supported apps, or if any two apps can operate at the same time.

It’s currently unclear when the Wing will launch, but considering the video is of a near-final build of the device, hopefully, it’s soon. Additionally, it’s unclear if LG will bring the handset to Canada.